posted on Oct, 31 2013 @ 10:59 AM
link
Well, this is very interesting. The push to move man into space is accelerating which I think is a good thing. There have been several major advancements towards Space exploration in recent years from Solar Cells to 3-D printing. This is getting very exciting indeed.

posted on Oct, 31 2013 @ 11:52 AM
link
Interesting. I suppose it is like fiber-optic communication without the fiber cables.

I know that laser communication has been used before on earth (such as for covert/spy uses where it would be difficult to run cables), but on Earth the signal would degrade relatively quickly due to weather conditions (humidity, fog, rain, etc.) PLUS the laser light itself would degrade over distance due to beam dispersion (not able to keep it focused over long distances).

It sounds as if this system would used a much more intense laser, and would remain focused enough over the vast interplanetary distances to work.

Back in 1992, a test was performed using a similar idea. Using a laser, a signal was sent from earth and received by the Galileo probe in orbit around Jupiter. The experiment was named 'GOPEX':


The experiment, called GOPEX (Galileo Optical Experiment), is demonstrating a laser "uplink" from Earth to spacecraft. Laser "downlinks" may be used in the future to send large volumes of data from spacecraft to Earth.


LADEE has a communications laser on board. They've already used it to send data back at a rate of 622 megabits per second.

Just got blinded from a laser while driving and crashed, it came from the sky lol.

I don't see this to be stable' technology, but I might be wrong, we are advancing but at the same time killing ourselves.

Zaphod58
reply to post by Soylent Green Is People


LADEE has a communications laser on board. They've already used it to send data back at a rate of 622 megabits per second.


We were running 1mbps back in 1987/88 line-of-sight lasers for military communications to and from substations for security applications, that was terrestrial, Class IV 850nm and less than 2 watts prf. In space with no atmospheric attenuation, an output power of 100w prf should go the distance even with some beam divergence.

I wonder how far from earth the LADEE communication system would work? I guess the problem lies in the ability to focus the laser, and the diminishing intensity over distance.


Wouldn't that be nice?


Regarding the diminishing over distance, I've read that the inverse square law doesn't apply to laser beams. Also, I don't think you need the beam to be relatively focused on the receiving end; the light just needs to be intense enough to receive the signal. The Moon is a perfect candidate for this type of data transmission, being the closest celestial body.

Laser beams (fired from Earth) have already been used for ranging the Lunar Reconnaissance orbiter, and to bounce off the mirrors left on the Moon by the Apollo astronauts. 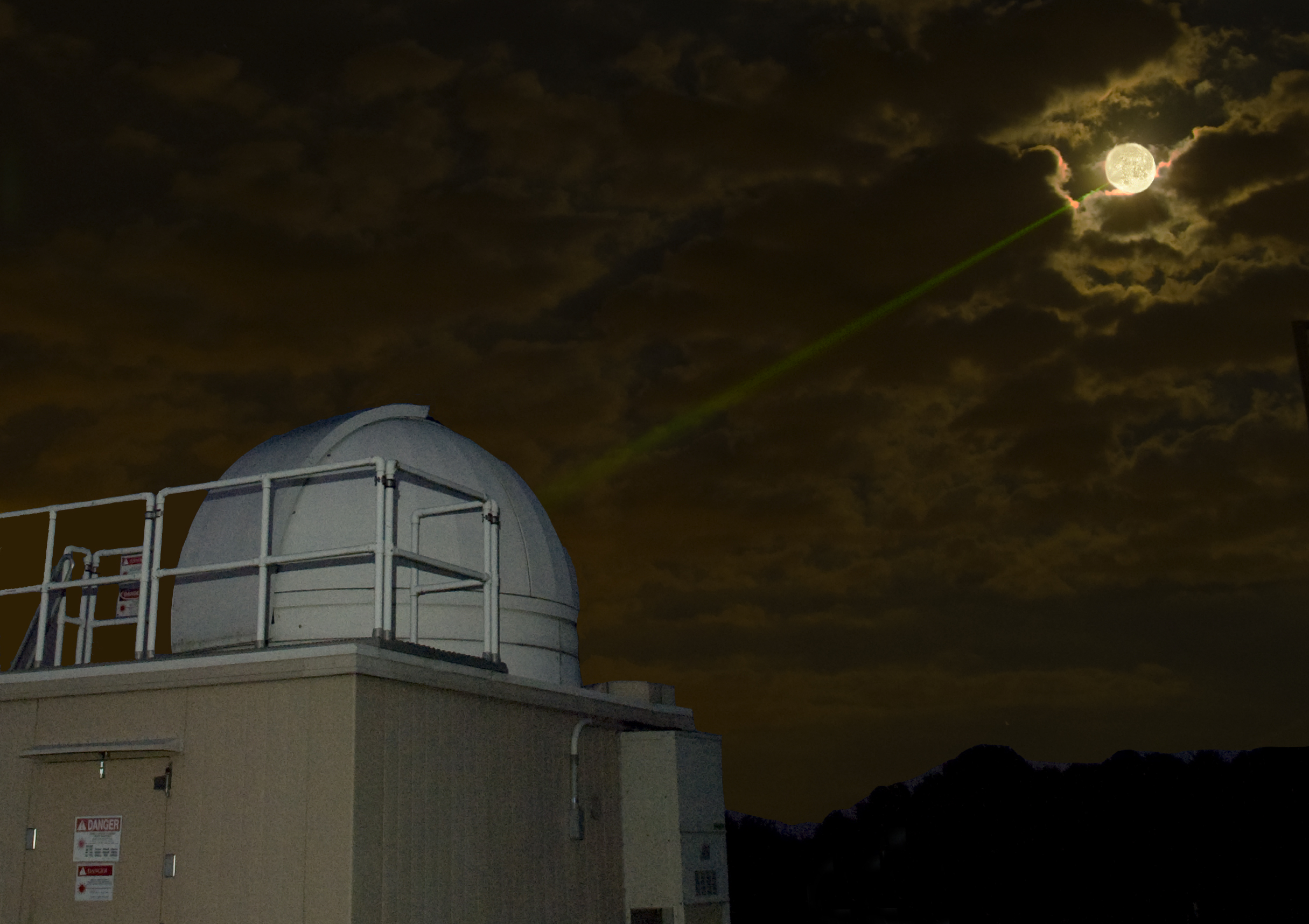 
Right -- Theoretically a laser does not follow the inverse-square law because a theoretical "perfect" laser would stay focused over vast distances. However, in the real world, lasers still have a certain divergence over distance, and when those distances are on the interplanetary scale, the divergence can be quite great. "Technically", a flashlight does not really obey the inverse square law because of its parabolic reflector concentrating the beam. However, over even terrestrial distances, that concentration by parabolic reflector is not relevant.

I'm guessing the technological hurdle to get over in making laser communication over interplanetary distances a reality would be how to make a laser that can be so sharply focused as to have the smallest divergence possible.

As for the Moon reflector/laser, the beam used in that experiment isn't concentrated enough to carry the information they want it to carry. They are looking for this to be a fiber-optic-like data transmission system that can work over hundreds of millions of miles through "free space" -- i.e., without using a fiber-optic cable.