A Weekend on Norfolk Southern's Pocahontas and Christiansburg Districts.

posted on Oct, 31 2013 @ 04:04 AM
link
Spent most of this past weekend and took a little vacation of sorts down to the Pocahontas and Virginia Divisions this past Saturday, Sunday, and Monday with a friend of mine. Had what turned out to be a very decent amount of traffic during all three days. Started it all off on Saturday by focusing our attention between Narrows, Virginia and to the east. That however was cut short and changed after having to go back to Bluefield to get a tire after suffering a flat just east of Narrows, Virginia.

Let's start it off by what was seen on Saturday.
First train to start things off on Saturday was eastbound manifest 18M after it had set off the first two of its six locomotives in Bluefield. This due to where an eastbound coal train only had one unit facing long hood forward. As 18M comes into frame, it is seen passing by the power plant at Glen Lyn, Virginia along the banks of the New River on the Christiansburg District.


Once we were done with 18M, we decided to head on further east or so we thought we were. As we were between Narrows and Pearisburg, Virginia. We had a tire go flat while we were on our way to find another spot to set up at. After changing the tire and getting another tire in Bluefield. We decided to head west toward Welch, West Virginia and the the Pocahontas District to see if we could get something coming east with the pushers on the rear. Next train to show up was 576 heading east for Bluefield with the INTERSTATE heritage shoving on the rear as it made the run up and over Elkhorn Grade. Here we see it just outside of Welch moving along at a decent rate of speed.


Next video is of that very same train as it charges over the bridge at Maybeury along US 52.


After the fiasco with the flat tire, getting it changed, and catching the INTERSTATE heritage coming into Bluefield. We decided to head down to the west end of the yard at Bluefield, Virginia to finish out this crazy day. We didn't have to wait long on the traffic to get moving out of the yard again. Here we have empty grain train 51R leaving the yard heading west for Williamson, WV and Portsmouth, Ohio with a single DASH 9 "Top Hat" leading the way.


Not long after the grain train left, it was time for some more trains to start moving out. Only this time, these trains were two helper sets returning west to Farm to shove the next east bounds over the grade that called for their assistance. First one of these helper sets was the J58 with an all EMD set of locomotives with an SD70M-2 and two SD60s making it up.


The next pusher set to leave was the J5J as it to made a return trip west toward Farm to shove another train up the grade.


That was all for the Saturday part of the trip.

Part two of our (mis)adventures over the weekend.
After catching the three trains on Christiansburg Grade in an hour. We then decided to head over to Vicker, Virginia to see if we could get anything coming through going under the old coaling tower there. After not hearing anything on the scanner for almost an hour when we got there. It was then that we decided to head over to Walton and the diverging point between the Pulaski and the Christiansburg Districts to see what we could get. As we were getting ready to head over there to get set up for something. We received a heads up that 15T out of Roanoke had the Veterans Unit somewhere in the consist.

After arriving and deciding where we were going to set up at. The radio crackles to life as a westbound was approaching our location. That westbound just happened to be the train we were waiting for. It turned out that this was the train we were waiting for. Bristol bound manifest freight 15T is seen heading west as it changes over from the Christiansburg to the Pulaski District as it rolls on through Walton, Virginia with the Veterans Unit third in tow.


The next train to show up after 38Q had passed by was a west bound empty heading for Kelleysville Junction and the Princeton - Deepwater District. Empty coal train 811 is seen rolling west through Walton, Virginia as it makes its way along the Christiansburg District behind a Dash 9 "Top Hat" and a Catfish.


Not long after 811 had passed by and gone on further west of our location. It wasn't long until the next train showed up heading east for Roanoke. This as 16T rolls east through Walton after coming off of the Pulaski District for the run to Roanoke. This train had to put every single bit of power down that it had climbing the grade with several loads of coiled steel interspersed through out the train.


Once we wrapped things up at Walton, we decided to head east over to Roanoke to get a view of what was sitting at Schaeffers Crossing and around the yard. Once getting there, we saw a wide assortment of power setting around the yard and the shops. Not only did we see what was setting at the shops. We also saw what had been mothballed and put into storage tracks or just being scrapped right there. We did spot a few SD40-2s setting around with new Admiral Cabs on them. As we were leaving to head back west to Montgomery Tunnel. We spotted a very short stack train coming into the yard from the north as we were leaving.

After leaving the yard at Roanoke what seemed to be not even an hour earlier. We arrived at Montgomery Tunnel just as the tail end of S11 was passing by. As we kept listening to the scanner, we overheard the dispatcher asking the S11 if they would be able to make it onto the P-D. It turned out that the crew was having an issue with the traction motors on the trailing unit. So, not long after the S11 had somewhat got a little bit further west. The very same stack train that we saw in Roanoke showed up. A very short 201 is seen heading west behind a new leader as NS 2748 leads the charge out of Montgomery Tunnel.


After 201 had got out of the way. It was only a few minutes until next train showed up. That train was 23G making its daily run from Louisville, KY, Norfolk, Virginia as it gets ready to enter Montgomery Tunnel on its journey to Roanoke for a crew change and a run over the Crewe District.

The last train to show up on Sunday was 815 heading west toward Bluefield. This as NS 2723 leads the train out of Montgomery Tunnel as it continues its journey west with the same power we saw starting up at Roanoke only an hour earlier.


As Monday started out to be cold and rainy, we chased an 83E between Bluefield and Flat Top Yard with the Lehigh Valley heritage on the J5I pusher set. I opted not to take any photos or video due to the rain. I opted to stay in the car where it was nice and warm!

posted on Oct, 31 2013 @ 12:30 PM
link
Well no one can ever accuse you of being a train buff, lol. It looks like you really enjoyed yourself. Thank you for sharing that, seriously. I know so little about trains, but they've been so present in my life. Ever since they removed the tracks from our town I've been so conscious of missing the somewhat comforting sound and sight of a train.

Although I readily admit I've no clue what a Dash 9 "Top Hat" or a Catfish were, so I went looking and found the following pics which got me even more perplexed, so I hope you can clarify things for me.

The following seems to be a Catfish.

Which of the following 2 pics is the tophat? My guess is the first locomotive, or could that be the specific term used to describe one container placed atop another? However the last pic sort of has a little hat on it and it also came up in my search for tophat? TIA 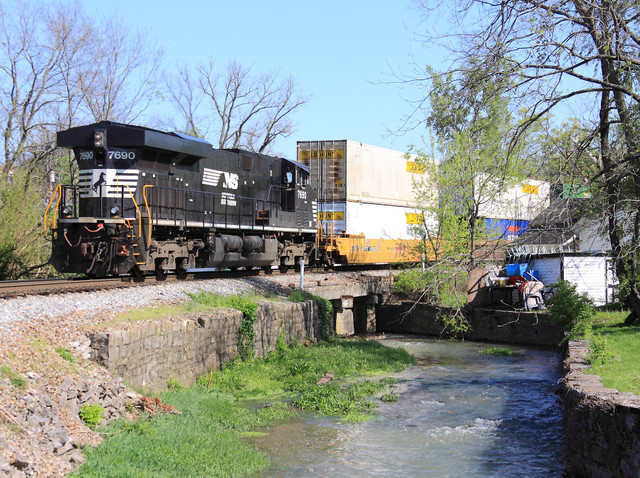 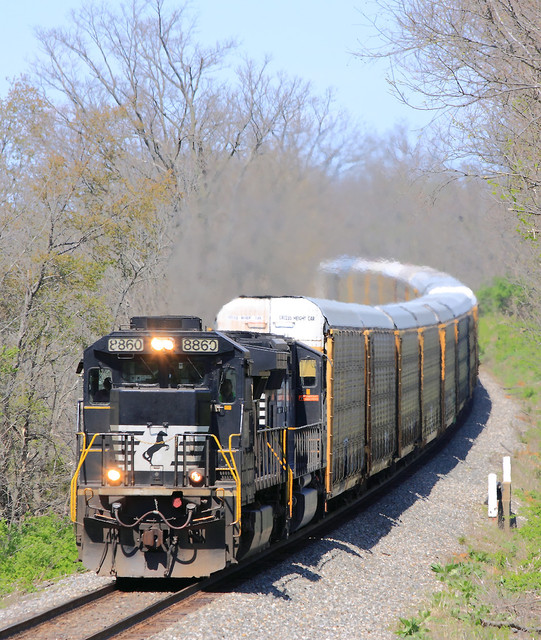 
The "Catfish" term comes from how the striped on the front of the wide cabs look like. It looks just like that, the whiskers of a catfish. If you were to stand in front of one of them. It gets the name by the way the white stripes wrap around the nose of the locomotive. Hence where the "Catfish" moniker came from. To answer your question about what the "Top Hat" is. All it is is a standard cab, none wide nose, Dash 9 with an air conditioner on top of the cab. In other words, look at your very last photo.
edit on 1-11-2013 by gimmefootball400 because: (no reason given)