posted on Oct, 30 2013 @ 07:19 PM
link
A newly-discovered, planet has left astronomers baffled because they don’t understand how it can possibly exist. The planet, labelled Kepler-78b, is rocky like our own world, is of similar size and orbits a star that is much like the Sun. But it is far too hot for life. Experts say it is doomed to be destroyed.

“This planet is a complete mystery,” says astronomer David Latham of the Harvard-Smithsonian Center for Astrophysics (CfA). “We don’t know how it formed or how it got to where it is today. What we do know is that it’s not going to last forever.”

Dr Ken Rice, of the University of Edinburgh said: “Although this planet is clearly too hot to support life, it is still very exciting to now be discovering planets that are not only similar in mass to the Earth, but also similar in composition.”

So they are saying that Kepler-78b could not have formed in its present orbit as it would have been inside the star, yet they suspect that if it had formed further away and migrated closer in then they would have expected it to have been swallowed up by the star before now.

Ah this just shows that we still know very little, but still, it is promising as we are getting closer and closer to finding an Earth like planet 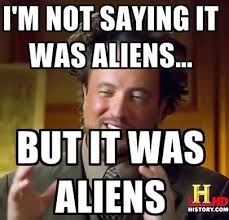 
I am positive that science does not have all of the answers and that there might be elements out there we don't know about that allows a planet like this to exist.

All the more reason to spend more money on science and technology and less on wars in areas who have been fighting for thousands of years.

posted on Oct, 30 2013 @ 07:36 PM
link
Interesting article. Space really is amazing. To think we will never discover everything about it is mind boggling.

It doesn't matter I guess... because we will never know the difference


Who knows what we will know ten years from now, we have came on leaps and bounds in the last ten years and with facilities like CERN up and running I think we may still see some great discoveries within our lifetime


Damn! Now they gotta rewrite their definitive books on astroturf again as their old thinking is destroyed by new facts!

They should be used to doing rewrites by now. Thank heavens for computers, 'saves a lot of paper during the writing of manuscripts for those books. As I just mentioned in the new "Mitchell" thread I've been around since the early days of UFOs back when science-fiction was a bastard form of literature, and the only possible intelligence out there was God.

I remember being excited one day in the late 1940s and jabbering to a neighbor Christian woman on a Saturday as she was "dressing" a chicken for their Sunday dinner. I was keen on exploring space having just read a book from my school library on how we would get men into space with a three-stage rocket. She looked at me sternly, her eyes magnified by thick, magnifying eyeglasses. She said, "Humans will never go to the Moon, God won't allow it." So much for "old-time" religion. Less than twenty years after that day, the deed was done.

posted on Oct, 30 2013 @ 07:58 PM
link
I think what could have happened is that instead of the planet migrating inward, the star expanded outward and that is what they are looking at.

What a planet!!!! A year is 8 1/2 hours meaning that a working day is just under 30 seconds long.Where do I apply for a job there?


It must have felt great watching that unfold, I think it is totally different for us 'youngens' who were not around to see it, we can appreciate it yes, but we have not yet shared an experience of something so monumental and outstanding happening in our lifetime. To most younger folk Man stepping foot on the moon is just a great feat for humanity in a history book.


It must have felt great watching that unfold, I think it is totally different for us 'youngens' who were not around to see it, we can appreciate it yes, but we have not yet shared an experience of something so monumental and outstanding happening in our lifetime. To most younger folk Man stepping foot on the moon is just a great feat for humanity in a history book.


Some things I consider equal to that are the internet and the Mars Rovers. The Hubble and Large Hadron Collider aren't poppyseed either.

posted on Oct, 31 2013 @ 06:27 AM
link
It always annoys me when I hear scientists say "It couldn't possibly support life as it's far too hot/cold" Well, that only applies to us (life as we know it.) It's such a small minded, arrogant thing to say.

We make rules for a universe we know next to nothing about based on what we can or can not endure here on our own tiny little planet.

I always imagine a race of beings completely different from us somewhere out there discovering earth for the first time and saying "It's a nice looking planet but unfortunately it couldn't possibly have life on it because it is far too wet, nothing we know could survive with so much water around. Continue the search for life and move on" ....(Or 'blib-blop-bloop' whatever language they may speak)


Yeah I suppose its a personal thing, for me nothing can equal man stepping foot on another planet, bar finding intelligent alien life I suppose


Yeah I suppose its a personal thing, for me nothing can equal man stepping foot on another planet, bar finding intelligent alien life I suppose


Not disagreeing with you in the least, the entire space age run-up, from Sputnik to Telstar to the rockets exploding on the launchpads to the first people in space - and then the two-person ships, then the moon circling, and finally the moon walks themselves. Six missions to the moon (although the Soviets had a rover up there beforehand which the western media ignored) and then out.....until the things I mentioned in my post above. What a span of history!
edit on 31-10-2013 by Aleister because: (no reason given)

posted on Oct, 31 2013 @ 09:06 AM
link
"Shouldn't exist" lol. I love it when scientists get all huffy and indignant because the universe defies their primitive, glorified ape-like understanding of how it works. The truth of it is, we've only been engaged in "science" for a few hundred years. There's a lot we're going to be flat-out wrong about. The arrogance is comically sad.
edit on 31-10-2013 by Urantia1111 because: (no reason given)

posted on Oct, 31 2013 @ 10:17 AM
link
The current theory is that that star was larger before, shrunk and destroyed a gasous planet (like Saturn or Jupiter) by doing so, striping it of its gasses so that only the rocky core remained.

2000 - 2500°C over a molten, rocky ground... You would have to look into the more "hardcore" parts of science-fiction literature to find beings able to survive under these circumstances.

Lesson to be learned - No matter how much science thinks it knows, there's always something more to be learned.

Urantia1111
"Shouldn't exist" lol. I love it when scientists get all huffy and indignant because the universe defies their primitive, glorified ape-like understanding of how it works.

As you probably know the scientific revolution was all about creating systems and means of investigation which would inevitable yield verifiable predictions which would then be used to build scientific theories... The problem with such a system is that it does not really require exceptional people or even exceptional minds so what you tend to end up with is people and organisations who are less brilliant yet far more able than before to defend mediocre work. The peer review system is terribly incestuous( as long as you offend no one or give credit even where it isn't due) when it comes to group thinking so it's slow in identifying flaws in the canon while vigorous in it's pursuit of crucifying heresy.

This is a product of the scientific revolution itself as much as it is of the economic system trying to propagate itself by suppressing what is thought would negate profit/control while massively funding research into areas it sees as conductive to keeping the status quo in place. This is certainly not about inherent human capacity as you can see by revolutionary thinkers trough the ages.

The truth of it is, we've only been engaged in "science" for a few hundred years. There's a lot we're going to be flat-out wrong about. The arrogance is comically sad.

We have only been engaging in science as i described ( starting very slowly and in a way based on ancient Greek tenants) for the few hundred years you say but the disagreement is really in the 'we'; the average individual has practically no comprehension of what scientific thought entails ( or they would not hold religious notions) and even if they did they lack the mental discipline to pursue where informed reasoning leads.

Obviously people disagree as to why humanity as in such a sad state but this at least serves as a tool by which you can pretty reliable tell if people are fundamentally decent or not.