posted on Oct, 27 2013 @ 08:41 PM
link
Peru--a country in Latin America that lacks an "official" US military base, has an unofficial one, according to people in a certain area of lowland Peru in an area called VRAE.

The VRAE area is steeped in coca leaves. I will let you infer the meaning of that fact.

According to a Peruvian newspaper (Inca Kola news):

In fact, there might not be a formal US air base in Peru the same as the one in Ecuador, but anyone who hangs in the right places in lowland Peru more than a week knows the VRAE airbase, supposedly Peru soldiers only, is constantly packed full of US soldiers, planes, copters and air crew.

Here is a picture of the possible location: 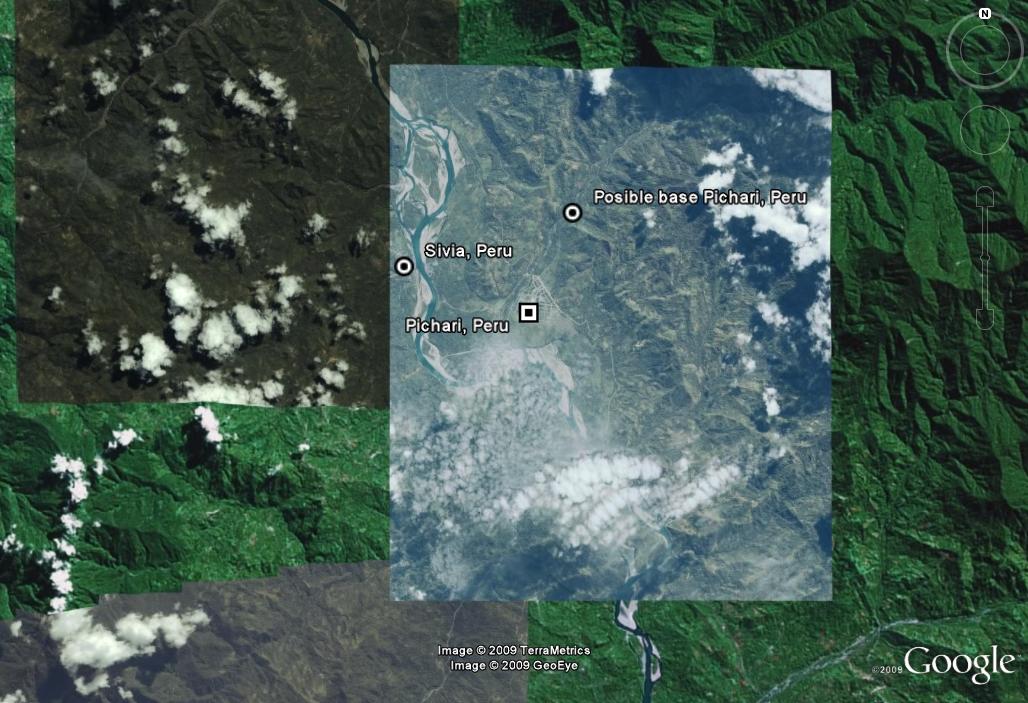 Not too long ago, the Peru FTA was passed, which is a free trade agreement between the US and Peru. A lot of interesting things went on to get it passed, but the take away is that once it was passed, things seemed to move swiftly.

In March 2008, barely three months after the U.S. Senate approved the Peru FTA, the government of Peru announced through its Ministry of Defense, that they were talks with the U.S. government in order to build "a Medical Center and an and Joint Intelligence Operations Center” in the Pichari region where a small Peruvian Army base is located .

This medical center may have been dangled in front of the Peruvians as a way to let them build the command center. The medical operation is called Far Horizons, which provides (by the US) free medical care to the Peruvians of the region.

Many Peruvians are worried about the influence of the US in their land, fearing that it is becoming a U.S. satellite country.

What really interests me is the testimony of a former Marine, who came across a crashed UFO while on guard duty in Peru somewhere in 1997. He was arrested for responding to the call of the crash, was arrested and handcuffed by men in black and imprisoned for 3 weeks. They threatened to kill him and his family if he ever spoke about what he saw. It sounds like we have had a base in Peru long before this new command center was built. This marine believes that the site he was working at was a multi-national site (NATO maybe?) as there were many different nationalities represented there--especially Chinese. This base seemed to be designed to work with aliens, but that was only his speculation.

He said there were all kinds of helicopters, etc. at this military base in Peru. It was very well outfitted. His story about finding the crashed UFO is really fascinating.


Peru is a poor country---but it has great resources for Black Ops---mountains, coca leaves, remote areas, and because they're needy in some ways--they may be easy to manipulate or exploit. It seems if they let us build a command center, we offered them health care and the passage of the Peru FTA.

UFO's in Peru are reported on a regular basis in many different areas, including Lake Titicaca--the world's highest lake.

Peru is an amazing country---beautiful, full of Inca ruins, adventure, exploration, natural resources. It's no wonder the USA has targeted it for dominance and exploitation.

A quote from President Howard Taft:


“The day is not far distant when three Stars & Stripes at three equidistant points will mark our territory: one at the North Pole, another at the Panama Canal and the third at the South Pole. The whole hemisphere will be ours in fact as, by virtue of our superiority of race, it already is ours morally.”

You can read more about the US influence in Peru at peruanista.blogspot.com...


Is the Military Black Ops in Peru related in anyway to the Stargate of Peru? is their a activity occurring at the alleged stargate door?

posted on Nov, 4 2013 @ 02:08 PM
link
I suppose it was only a matter of time before someone connected drugs, aliens, stargates and the US military into one conspiracy. I think this one is missing reptilians from deep within the earth though.