On monday I went to a place just near my house called East Lane which has a Cemetery in it ( I live in the UK-Hertfordshire-Watford and this Cemetery was for the patients at Leavesden Mental Hospital, here is a website about it and also one of the ''Jack The Ripper'' Suspects was a patient at the Hospital and Its been said he should be buried in this Cemetry. He died in 1919 and his name is Aaron Kosminski who was a very likely suspect.

Here is another link from my local news paper about confirmation of Aaron Kosminski being buried in East Lane Cemetery.

Was jack the ripper buried here?

There was was another page from Watford Observer which was about a Paranoraml Investigator who got an EVP of a voice saying '' Who are you '', but i can't seem to find it now.

I have been to this place many times but monday was my first time i went with my camera to take photo's.

Here is one of the photo's i have taken from East Lane Cemetery. 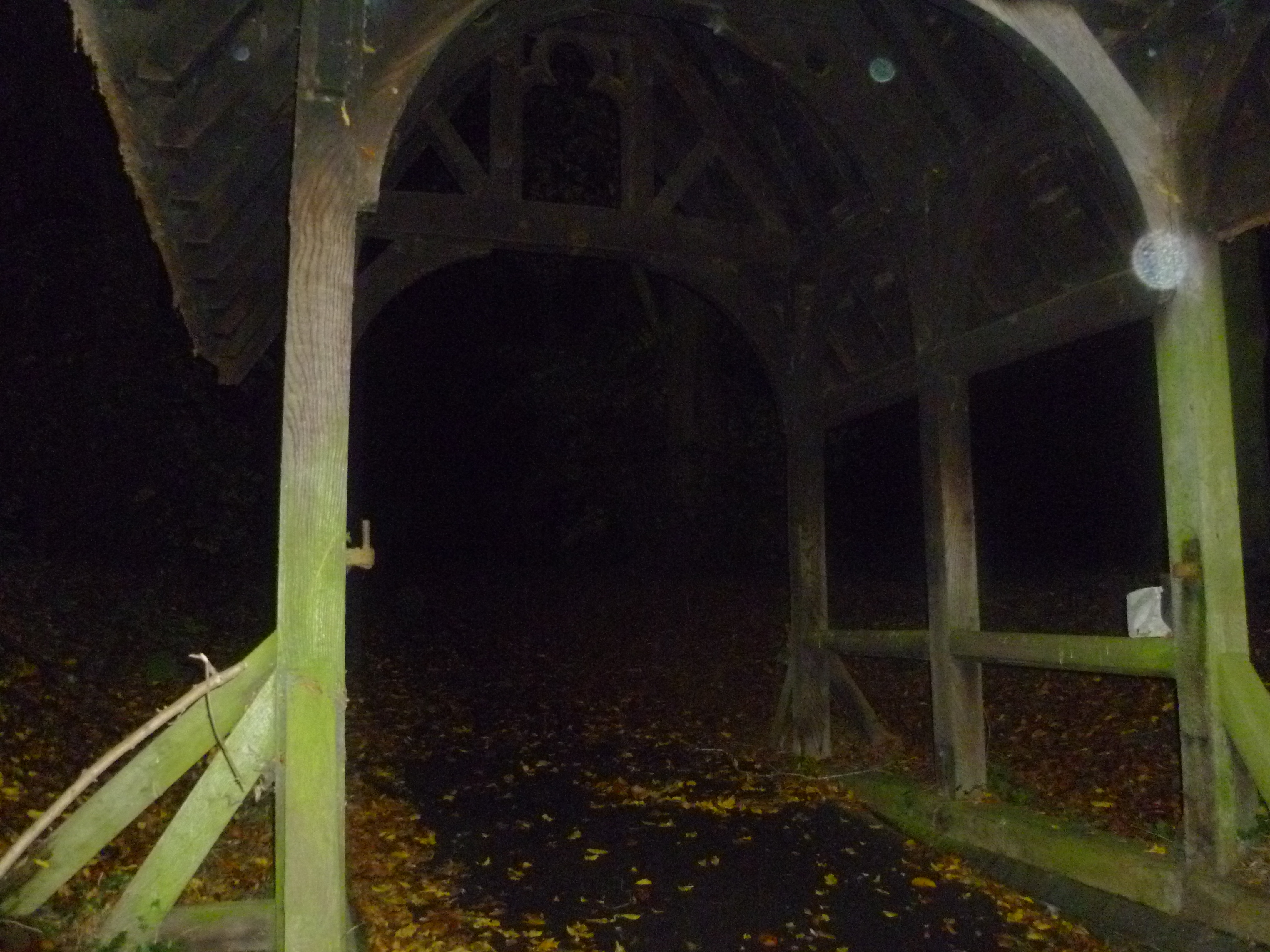 And here is another Three. 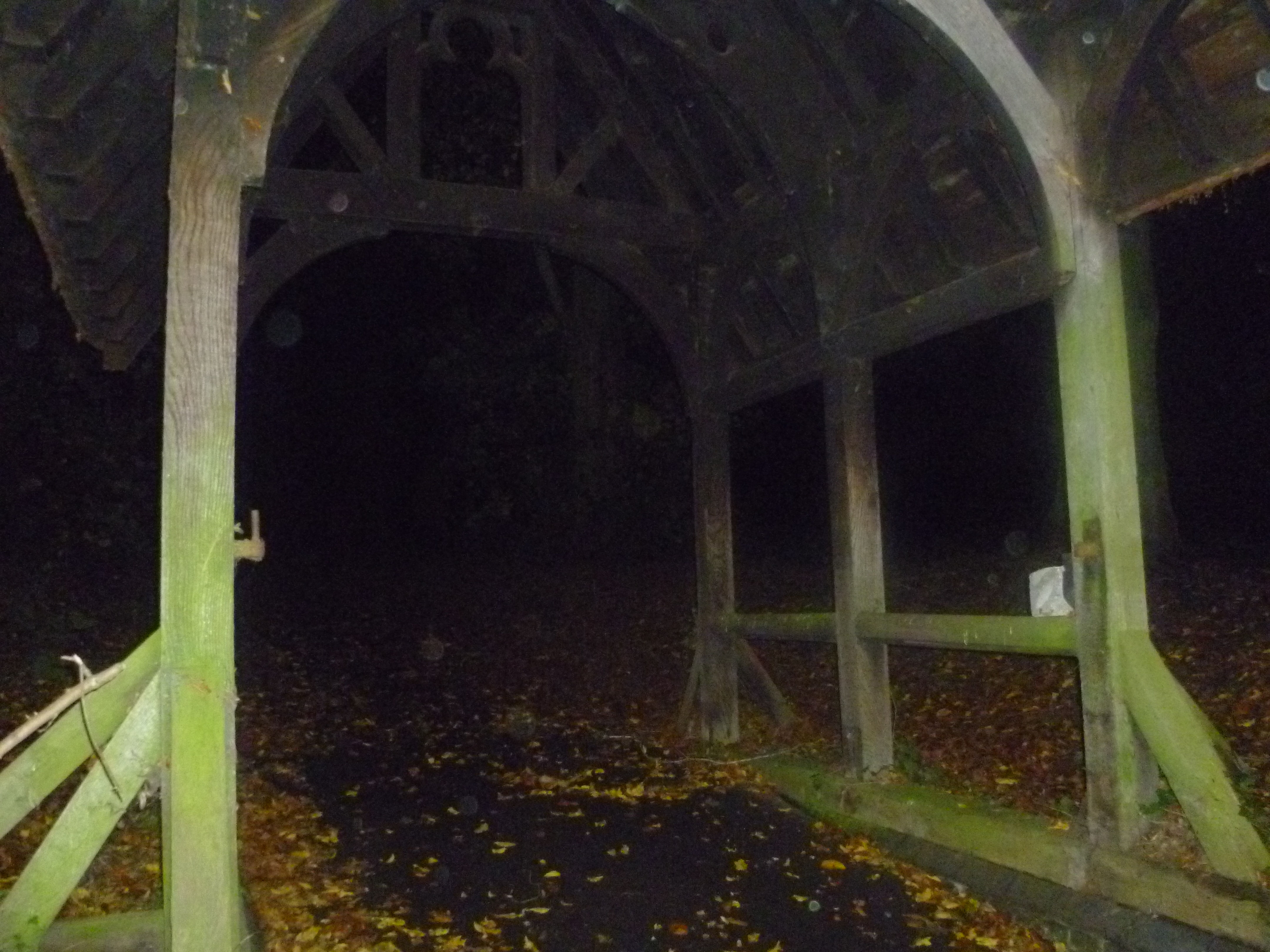 The Mist in this picture on the bottom right is my breath, I think. And is this a green orb on the top left? 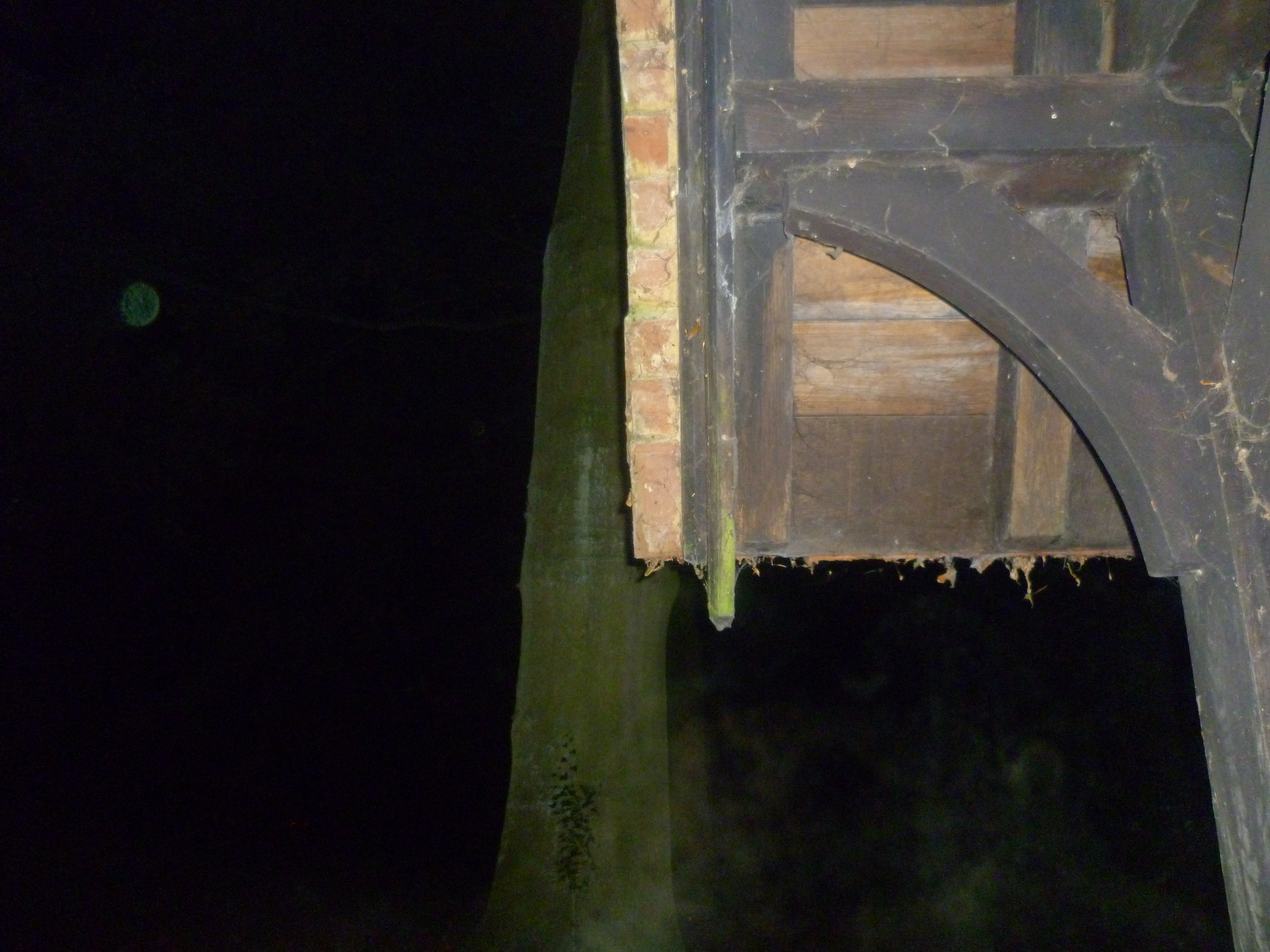 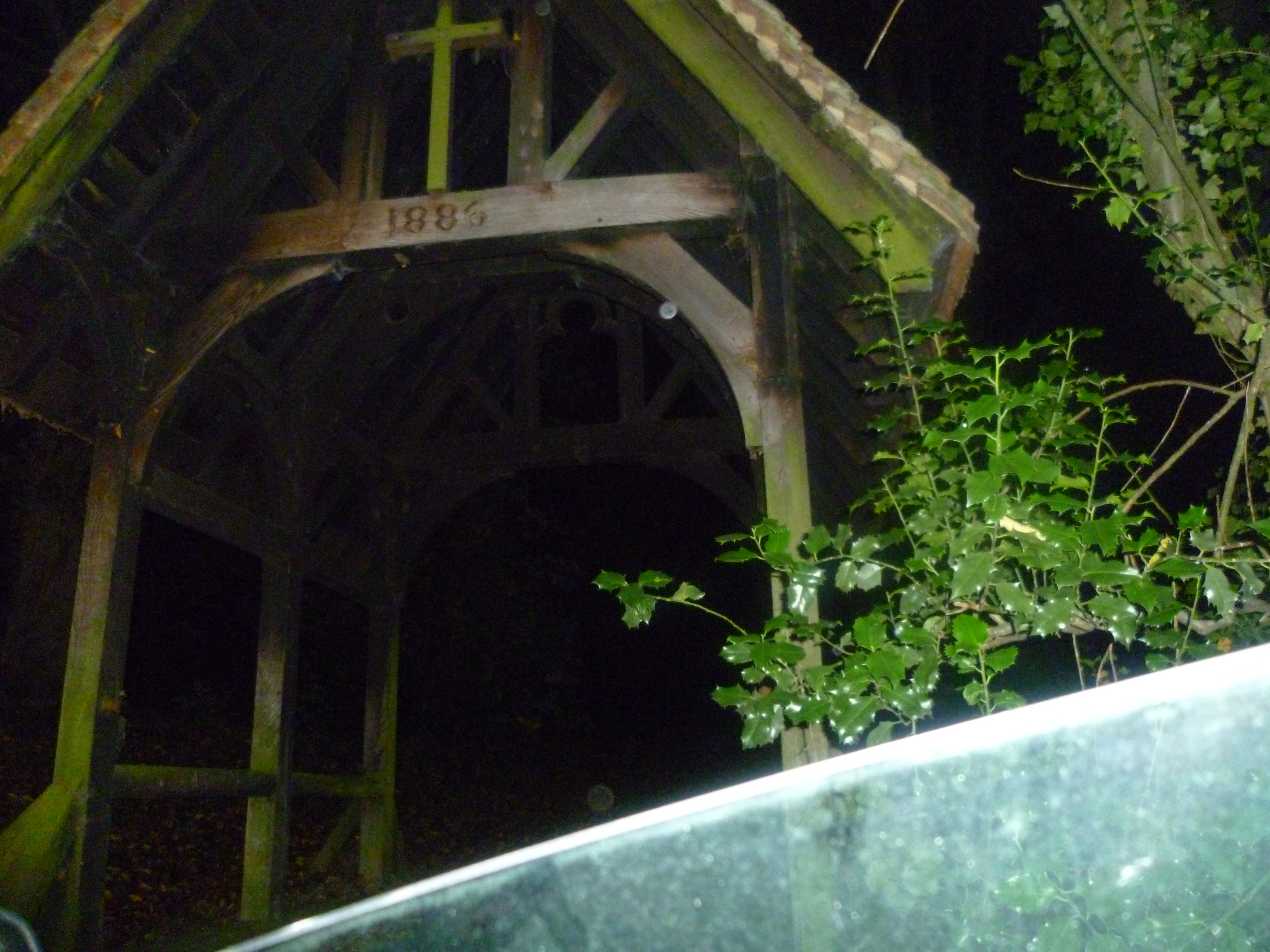 I have been told that Orbs could be a number of things like dust ect, But i also took loads of pictures down the lane and away from the Cemetery and no Orbs showed up in any of the pictures and neither in any of my other photos ive taken whilst out at night ( Like normal pictures with friends ect ). I just find it odd that they seem to linger around haunted places and cemetreys.

After being at East Lane I went to a church graveyard called All Saints Chrch and took a few photos. I had the odd single orbs show up in a few photo's and then in one of them i got this ghostly mist.

Here is the picture, Can you see that ghostly mist on the right side further back? 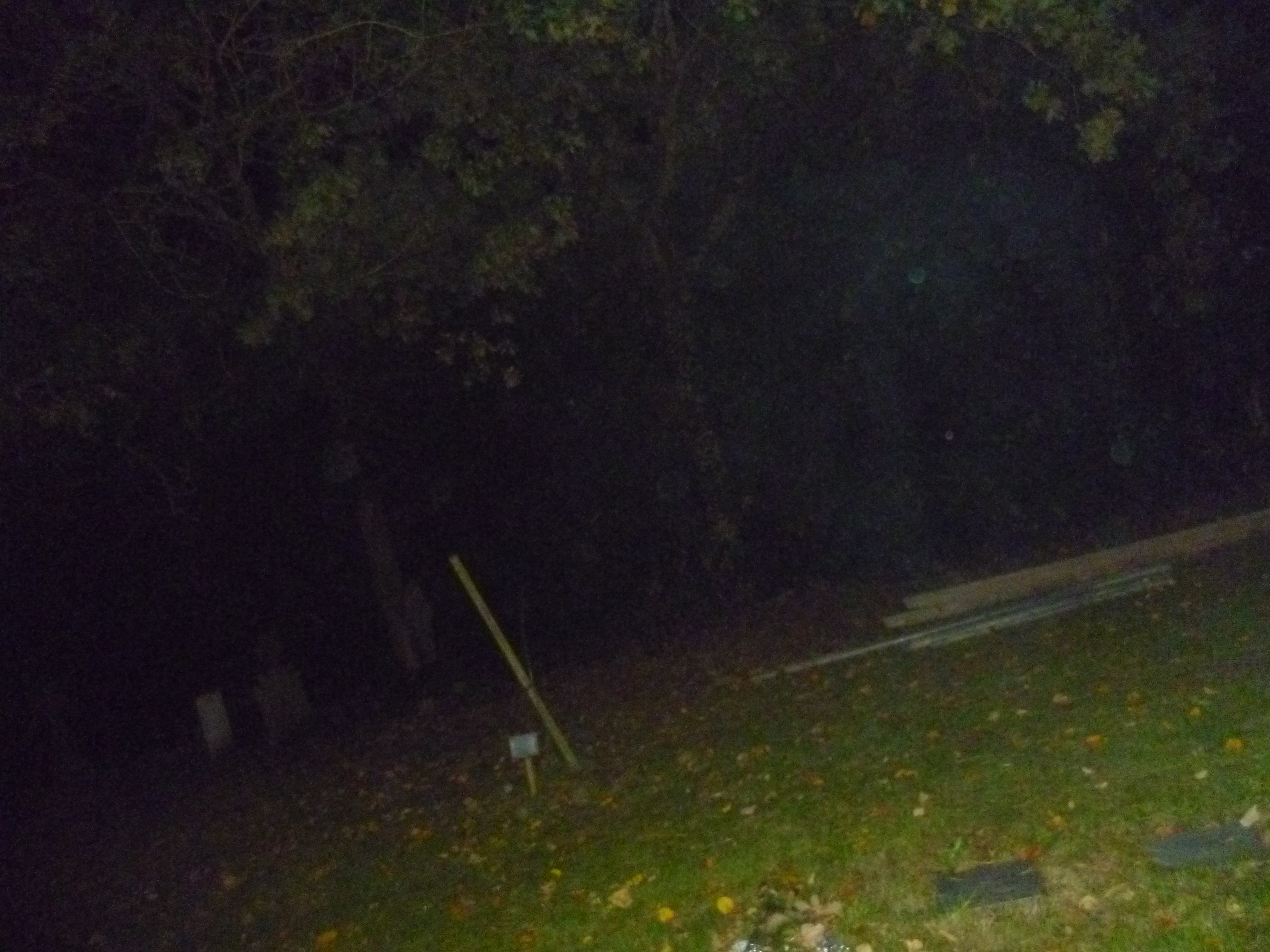 About 6 years ago I used to hang out in my car or someone else's car in East Lane. We parked outside the Cemtery on the lane, and one night aound 12am, my friend Jenny had a Bluetooth connection come through to her phone and the name of the bluetooth that was trying to connect with hers was ''Darko111'' ( Her bluetooth was actually switched off at the time ), I am not sure if that was some Ghostly Activity going on there.As soon as we realised this isn't right, I drove off out of the lane as we all was bricking it.

I am on the mission to find this Aaron Kosminski Gravestone and also catch some more activity going on at this Cemetery.

Thank you for reading

Sorry for no pictures of inside the actual cemetery i was by myself and i also had no flash light lol.

We only have your word, and no photgraphic evidence proving your claims. I know you would like to believe this photographic phenomenon is more than partlicles of moisture or dust being iluminated by the flash, but its not.

My point is not invalid, you just cannot handle constuctive criticism.

posted on Oct, 26 2013 @ 08:15 PM
link
I can't go to this place so thanks for getting some pictures. I think there could be something to these orbs given there has been a lot of documentation around highly charged areas that include these (where other strange things happen). If there is something about cemeteries that cause these orbs to be more prevalent what is it? Why does it always have to be a camera anomaly or hoax - 100% of the time - even when someone takes snaps of areas with same weather but a distance away? I personally enjoy the visuals so hope you will upload more.


Interesting pics & story - thanks for posting it.

I'd never heard of the cemetery or the stories surrounding it. You'll hear a lot of pro & con regarding orbs but don't let that get in your way. The same goes for the "mist". If you feel there is something to the objects in your pics then you should trust your intuition and further investigate.

I'll bet there's a paranormal society somewhere close to you that might be interested in helping you out. Hell, you can't swing a dead cat through the cable channels today without coming across at least one or more of the "ghosty" shows as my sister calls them (and she loves them!). And for every paranormal investigator(s) that has a show, I'll bet there are 100 others that do it just because they want to.

Keep us posted on your further endeavors and a S&F for this story and pics.

You'll hear a lot of pro & con regarding orbs but don't let that get in your way. The same goes for the "mist". If you feel there is something to the objects in your pics then you should trust your intuition and further investigate.

Yes defiantly, I just find a lot of these sceptics just have to put it down to dust/moist because it is unexplainable. But i know there is more to these Orbs than dust/moist as you only see them in known haunted places.


I'll bet there's a paranormal society somewhere close to you that might be interested in helping you out.

I think there is a few around my way and a local facebook group called ''Watford Paranormal Group'' which i have just recently joined.

Thank you for taking interest in my story and pictures.

Just teasing....although not sure if it was a freudian slip or you meant it as is. Beautiful thing is that it works either way...


What you mean is scientific fact is not for you....you prefer faith and fantasy....at least we are clear on that now


You are wrong, its not ghosts or anything paranormal, its a simple, well known, well documented, image artifact caused by the light from the flash reflecting off of something in the air, like moisture or dust, or pollen...or a number of other fine things that float about outside.

I suggest you go prove us wrong, or accept that you are wrong on the "orbs are ghosts" bs. The internet was invented to help people communicate, educate people,, not make them more stupid by spreading false information...which is what you are doing by claiming orbs are anything other than things in the air such as dust.

Prove to me, to us, that Orbs are more than what they have been proven to be.