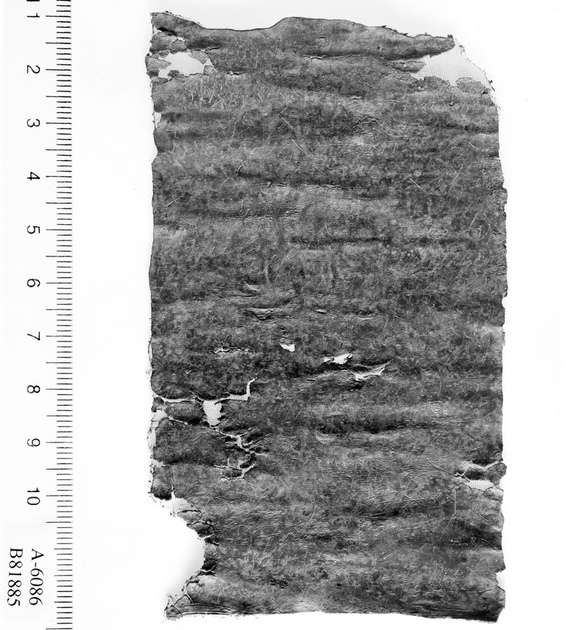 This the translate of the Curse..i dont know if it okay to say it


"I strike and strike down and nail down the tongue, the eyes, the wrath, the ire, the anger, the procrastination, the opposition of Iennys,"


A lead curse tablet, dating back around 1,700 years and likely written by a magician, has been discovered in a collapsed Roman mansion in Jerusalem, archaeologists report.

The mansion, which is being excavated by the Israel Antiquities Authority in the Givati Parking Lot, is located in what is known as the "City of David," an area that holds at least 6,000 years of human occupation. The mansion itself covers at least 2,000 square meters (about half an acre) and contains two large open courtyards adjacent to each other. It was in use between the late third century and A.D. 363, when it was destroyed in a series of earthquakes on May 18 or 19.

The text is written in Greek and, in it a woman named Kyrilla invokes the names of six gods to cast a curse on a man named Iennys, apparently over a legal case. 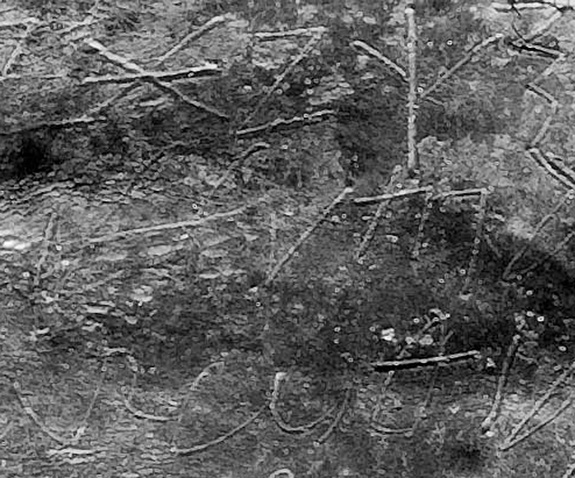 A professional magician likely created the curse for Kyrilla, who may have literally used a hammer and nails to perform a magical rite that enhanced the effectiveness of the curse, Daniel said.

"The hammering and nailing is a form of gaining control over the person(s) targeted in magical texts," he wrote in the email.

Kyrilla and her curse-recipient, both probably members of the Roman middle or upper class, were likely in some legal dispute, as the curse tablet bears similarities to others found in Cyprus that are known to have been used in legal cases. Additionally the word "opposition" in this text hints at a legal matter.


Enjoy the Hallowen All..

posted on Oct, 23 2013 @ 10:44 PM
link
upon finding the same magician's anti curse papyrus over at the ruins of Ienny's house
( only $9.95 ) witness the birth of the military industrial arms trade

somehow the wording seems more defensive then offensive
edit on 23-10-2013 by Danbones because: (no reason given)

S&F though, because you're always coming up with interesting stuff.

S&F though, because you're always coming up with interesting stuff.

owh i am Really Sory For this..Tq sir For Inform me, Love your Kindness

Mods,Please Delete..sory For make Trouble
edit on 23-10-2013 by cheesy because: (no reason given)

Amazingly, some of the symbols in the curse are the same as this mysterious ancient artifact I have been unable to trace back to it's origins, function or purpose.
Can anyone help?

posted on Oct, 25 2013 @ 08:46 PM
link
The gods she evokes are Ermhs, Persefonh, Ploutonas and Ekaths and 2 more.. Ploutonas to those who dont know, is Hades.... Ploutonas is the original name and you know him as Pluto (the planet).

As far as I can see, Persefonh is not a goddess, is related with the death of Medussa, the reptilian colony, fleet, named Medussa... Allow me to remind you, when Perseus killed Medussa, sthenos and evriali (2 smaller fleets) flee away and entered our solar system. In their way down (they fall into earth), they created the sirens to glamour humans and to make them forget their way home. Also to gain time and research for a way out.


Perseus + Fonos (fonos or foneys in ancient = murder) = Persefonh and what is the myth of Persefonh? That Hades took her forever in the underworld... Also the entire universe is like a spiral with lots of star dust lmlrn.com...
in my country we say that this dust created after perseus killed Medussa, in their back to the source, to Zeus, the pigassos created that dust, left it behind him. (i give you that link, only to watch the picture of our universe). So basically persefonh is the one who murdered by Perseus ... And that is medussa.

I hope you enjoyed that also.. Either ways, since the reptiles invaded, along with the rebels by Kronos, all our gods manipulated by them, most of them at least, faked, actors, with mind control, telepathy, visions, etc... I

So this witch is basically refering to reptilian, black magic, stuff. And if we analyse it, Ermhs myth, could travel into underworld, Hades is the spirit world, Medussa resides there, its a death wish... It gives me the impression of sending him, abominations "demons". The curse also includes some jewish things, well, witchcraft started (?) by jews, Solomontas and an angel that gave him knowledge and the ring of power to summon and control abominations.

Most of our gods left thousand years before the reptiles invade, there was a war in progress elsewhere... So now we expect them back, we expect the originals.
edit on 25-10-2013 by Ploutonas because: (no reason given)

As far as I can see, Persefonh is not a goddess,

The Greek rendition of Persephone. The Greek gods listed are: Hermes, Persephone, Pluto and Hecate. There's one Babylonian god (Ereschigal) and one, Abrasax, Gnostic deity.
edit on 26-10-2013 by Byrd because: (no reason given)

Sorry that I dont spell the gods in English, its a habit to type them with original spelling and latin characters..

Ekath goddess also searched for persefonh in Hades (Ploutonas) to bring her back.... Ekath was a very powerful goddess, but she lost her power in the planet over Zeus, so that makes her a rebel, I think...

1) she loses her power over humans by zeus
2) she tries to bring back from Hades, the one who died by Perseus (Persefonh).....Medusa.

You see how all these things are connected. Ekath, an enemy of Zeus that she is in a quest to bring back the minions of Medusa, Ermhs that can travel into the spirit world and come out, Ploutonas that is the god of underworld and he keeps them all there, the whole thing points to reptilians.

The witch tried to evoke Medusa, medusa is a minion of reptiles (abominations) who died by Perseus, she is asking to snick them out from the underworld... I think she tried to "demonize" her victim. Her victim was a Roman.

I dont know the other 2, maybe, they belong to the minions of Medusa... Medusa is just a code name, a bunch of dragonians. Maybe someone who knows what they are, he/she can type it down. Anyway, she is an evil dark witch.
edit on 26-10-2013 by Ploutonas because: (no reason given)