Jay-Z in the Illuminati?!

posted on Oct, 24 2013 @ 01:30 PM
link
Jay-Z is a 3rd degree Freemason, clearly. That's why he had Blueprint 1, 2 and 3, and spaced out in the time that it took him to achieve his next rank. Hova is a Mason, but he certainly isn't making any kind of decisions, he's just one of their many Hip-Pop tools.

posted on Oct, 24 2013 @ 02:11 PM
link
I disagree, Eryiedes! If Jay-Z is being controlled by the Illuminati, then even if us regular people stopped buying his music, the Illuminati would do everything they can to make sure he stays popular. So they can buy his music and use their power and influence to maintain his relevance. Because it's in their best interest.
edit on 24-10-2013 by PittsburghThinker because: (no reason given)

posted on Oct, 24 2013 @ 02:14 PM
link
Totally agree, OMsk3ptic. Although I think he might have some influence. But regardless, Jay-Z is a member of the Illuminati and also a Freemason. The Blueprint 1, 2 and 3 album thing is proof!


I love how the Rocafella Diamond is all of the sudden proof he is Illuminati.

I love how some people still pretend this is some innocent, random symbol that just happens to be very similar to the "all seeing eye" and how this is purely coincidental, with all the other NWO and occult symbolism that is completely dripping from this dude and his musical homies.

No connection. Coincidence. I mean, dude puts masonic symbols on shirts, and stuff from Crowley, etc, but that "diamond" (which is not always made in a "diamond" shape, but rather a triangle) is totally not the "occult" symbol of the all seeing eye. Couldn't possibly be. That's crazy conspiracy theory stuff! 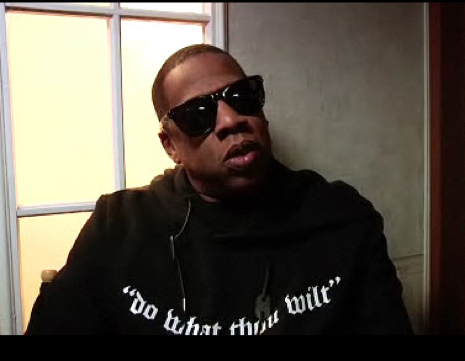 Okay. Maybe a little. So what's one little Crowley quote? It's not like every single celebrity majorly connected with him is completely dripping with occult symbolism..... 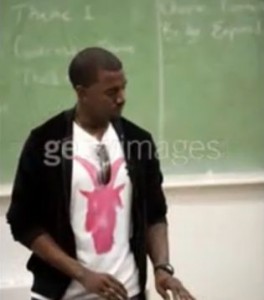 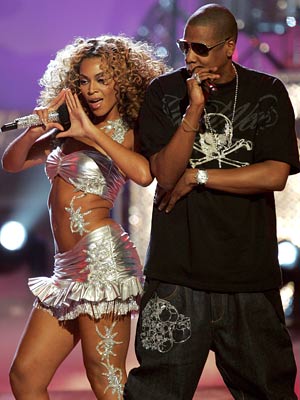 Rocawear: Cause nothing says "reppin the hood" like occult and egyptian religious symbolism. 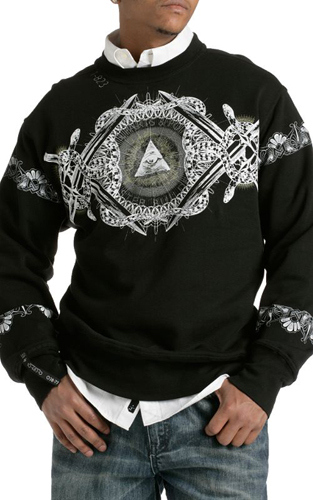 Oh look.. the all seeing eye (which you claim the roca "diamond" totally is not) on a rocawear t shirt. The "coincidences" are just getting downright freaky, at this point, no? 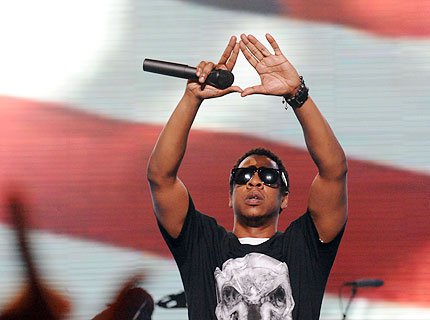 Do carefully note the shape of his hands. That is a triangle, not a diamond. Yes, I'm aware that sometimes it looks more like a diamond..... And who knows, maybe he just messed it up. Can't get it "right" every time, right....? 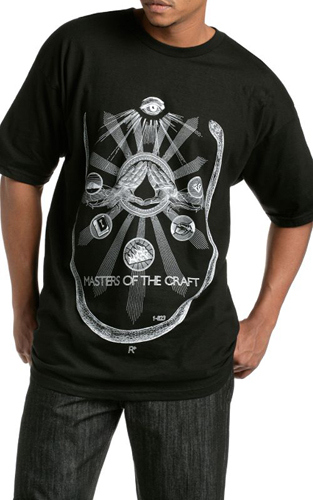 Like on the rocawear shirt. Where the hand is doing the exact same thing as in the picture above, surrounded by further "occult" symbolism and "masters of the craft," with the ...all seeing eye above, looking / shining down.

Once upon a time maybe it was just "wacky CT speculation" that he was throwing up the all seeing eye symbol. But Mr. "God Emcee" himself put that speculation to rest when he began making the symbolism blatant. You can argue about what's behind it all you like (i.e. "they're just doing it for publicity.") But to deny what anyone can see with their own eyes...? That is blatant denialism.


If you want to enjoy his music, that's fine. But don't try to pretend the guy isn't doing something which he clearly is.


Edit: Bonus points if you can tell me which famous figure these hands below, belong to. 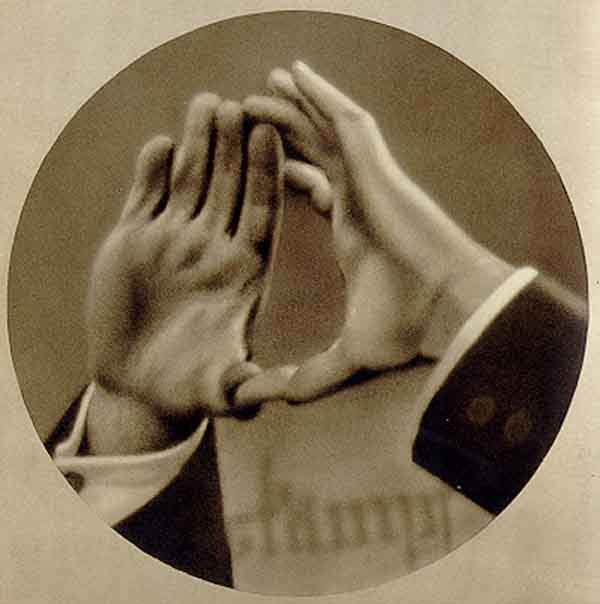 (Hint, it's definitely not Jay Z or any of his friends. Well, as far as I know, they're not friends. LMAO. But these hands also belong to a known follower of the occult.)


I've always thought those hand gestures were just something they could do to keep their hands busy, since, you know... none of them can actually play an instrument. When you're the figure head of a band, but have no musical talent to speak of, you have to do more than just stand on stage and regurgitate incoherent lyrics. So, they play with their hands, making gestures and such.

Or, you know, secret cabal of Satanic people who control everything on Earth and want the world to be in league with Satan... even though Satanism was measured at as little as 50,000 people (and dropping) across the entire planet in a 1990 survey.

PittsburghThinker
if us regular people stopped buying his music, the Illuminati would do everything they can to make sure he stays popular.

I've no doubt they would try but if his sales were in the toilet?
The elites are intelligent and the one thing they DON'T do is sink a lot of capital into a losing horse.
Sure, Jay would still be obcenely rich for multiple lifetimes but he'd disappear like MC Hammer the moment people stopped buying his products. Music, clothes, shoes, wine or whatever he and his wife have their fingers into. You just stop buying what their selling.
Passive resistance, sir.

So why not use them if your an entertainer seeking an image
that states you are above the rest. The fact that he still has
Kanye under his label says he is willing to put up with all sorts
of stupid just to make money.

Illuminati or not the man has talent, lots of it. He makes rap,
rock and he has my vote.


So anybody who grew up poor or dropped out of school and later became successful are members of the Illuminati?

posted on Oct, 26 2013 @ 08:02 PM
link
Just because you have decided that these symbols have specific illuminati meaning doesnt mean those that wear them are illuminati. It is you who have attached this meaning to them. Symbols and images are always open to interpretation.
My son wears wellington boots and gloves with skull and crossbones on. He isnt illuminati. He isnt even 3.
I have a hoody with a hand showing the devil horn symbol thing. I see it as an old tradition of warding off evil, like spitting or keeping iron around to ward off the fae.
And just because you use the letters of his daughters name to come up with suitable words it doesnt prove anything. Big Lions Use Eggs or maybe Insipid Vapid Youth. There ya go, I did it too!
I also remember in the 90's a fashion for big crosses. All the celebs wore them and it filtered down to mainstream fashion. After that it was specifically rosary beads. Maybe the music scene was controlled by the catholic church at that point huh?

posted on Oct, 26 2013 @ 08:06 PM
link
I agree with christmaspig, awhile back people accused George Bush as being satanic because he was doing the University of Texas hook em horns hand gesture. Too many people trying to link symbols to other things when they aren't.

posted on Dec, 8 2013 @ 11:03 AM
link
After Jay-Z and Cano signed their $240 million deal, this picture was all over the online newspapers. What's interesting is that pretty much every article that used this picture has changed it out for one from a different angle that doesn't show the horns. Maybe something, maybe nothing, but somebody noticed and had the pictures changed.

Here's the pic the media is using now.