I have worked with some serious "John Waynes" in my days, but this has to be one of the worst. A squirrel?


EDIT: I was a field training officer once. We had a rookie that drew his gun on traffic stops everytime the driver would reach for a glove box to get a registration. I recomended his dismissal in a hurry.
edit on 10/22/2013 by GNOarmy because: (no reason given)

Thanks everybody for the anecdotes, but especially you Trainer.
I wouldn't want to skim the report even if he penned it up;
"A young healthy male exponent of the world's cutest vermin even as visibly unarmed put me in fear for my " we're not going there for distemper are we?

Alternatively and mentioned along the thread: he might have taken out the Tesla, and with a few hundred thousand instantly broiled the fella into Granny Clampett's leftovers. Justifiable carbon. Your nuts. Give them to me. Nice shades, Rocky.

For our young lion of yours, army: you didn't specify how long as a T.O. but you undoubtedly found a curve-warper early on. I'm sorry you had to deal with that at any point in your tenure.
My sincere thanks also for your rapid and affirmative determination, no matter what your jurisdiction. There are a couple of local roads in my parts that regularly double also as pitching decks: no further correlation needed.

Regrettably some of those guys have serious hash marks too.

Although I sting a tad for the rookie, agreeably he could have been wrapped too tight for the San Diego Petting Area.
License, registration, and expectations of yours truly rotating back to the sewer of.... "What's the detail son: don't you like me anymore?" Now I'm old enough for those diapers JHC.

EDIT:: And thanks again for somehow cheering up the old bag of broken wind the night before eviction court. If I don't wear Warren Oates'* old Outer Limits eyeballs I may also exit alive. ROFL
edit on 22-10-2013 by derfreebie because: Ref: *Stony Burke's pard later called coffee 'artificial intelligence' 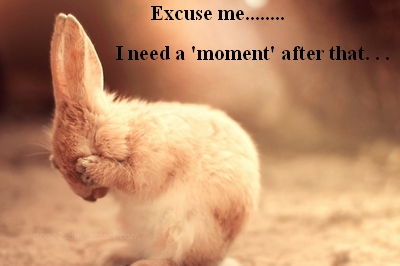 What did the poor thing do to warrant capital punishment?

I do hope the silly human isn't allowed anymore dangerous things to menace the general public with. He will lose his rights to have a gun, won't he? I certainly would if I just whipped out my gun at Walmart to shoot a mouse I spotted or something.... In fact, I think I'd be committed to a 72hr Psych hold before anything else happened ..and with good reason, when one thinks about it.

What did the poor thing do to warrant capital punishment?


It's obvious from the news footage the squirrel was a danger to the cop and the shoppers. 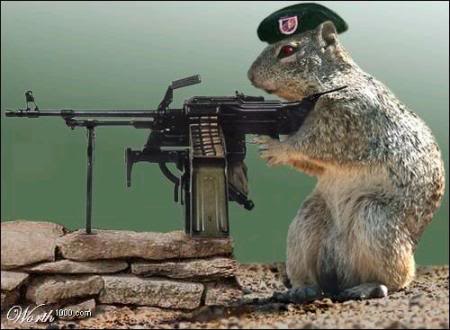 posted on Oct, 22 2013 @ 10:33 PM
link
I could have caused a pile up once because I hit my brakes to miss a squirrel . Who would admit that huh? I didn't cause an accident since I was lucky and no one was close enough behind me. I don't even think they noticed since I came to my senses in time. But I knew. Stupid thing to do but...I'm glad to hear someone did something with a squirrel even more stupid than me. I mean filling up the store with toxic gas?

posted on Oct, 22 2013 @ 10:47 PM
link
The squirrel stole some merchandise and tried to flee. When confronted and told to freeze, the squirrel was packing and discharged a nut at the police officer. The customers were put in harms way by the squirrels actions, they could have slipped on that hazelnut. The officer was forced to shoot in response to the actions of the criminal. When the squirrel dropped bio hazards on the floor after the gun went off, the police officer had to deploy his own chemical weapons. That was one mean squirrel.

I wonder if the squirrel had a bullet proof vest on.


BUT BUT But But but.... That squirrel might have had RABIES!

(Actually my Mom's boss got bit by a squirrel with rabies. Sucker ran right up and bit him!)

My thoughts exactly-i have read so many threads on ATS this past year,of American citizens,even frail elderly people being killed by American cops-also beaten up,tazered,heads smashed on pavements,folks having their family dogs shot-i am glad this guy gor fired for his ..well words fail me..conduct.But what about the human victims killed and brutalised? This is just surreal,and on more than one level.

I have worked with some serious "John Waynes" in my days, but this has to be one of the worst. A squirrel?


EDIT: I was a field training officer once. We had a rookie that drew his gun on traffic stops everytime the driver would reach for a glove box to get a registration. I recomended his dismissal in a hurry.
edit on 10/22/2013 by GNOarmy because: (no reason given)


I am unsure what part of the nation you served. But in Tennessee (especially East)
the police are unbelievable

...Unless that cop just happened to be in that store and happened upon this 'ferocious' rodent. If so, he truly is one sorry a$$ excuse for a man and even more pathetic as a cop.

Good ridden to him. Perhaps now he can stay home and bake cakes or something because I wouldn't trust him to even be a crossing guard. God forbid if a rabbit hopped across the street and he pee's his pants.


I was a field training officer once. We had a rookie that drew his gun on traffic stops everytime the driver would reach for a glove box to get a registration. I recomended his dismissal in a hurry.


After all is said and done, when the dust and fur settles I think you've gotten to the heart of the issue here. Guy was probably wound a little too tight AND his training officer missed it.