New addition to the family

posted on Oct, 19 2013 @ 11:16 PM
link
So this little guy found me tonight. My camera got reset and I didn't bother to crop it or fix it...so disregard that. Thank Sara for using her gigantic head to block some of my messy desk! 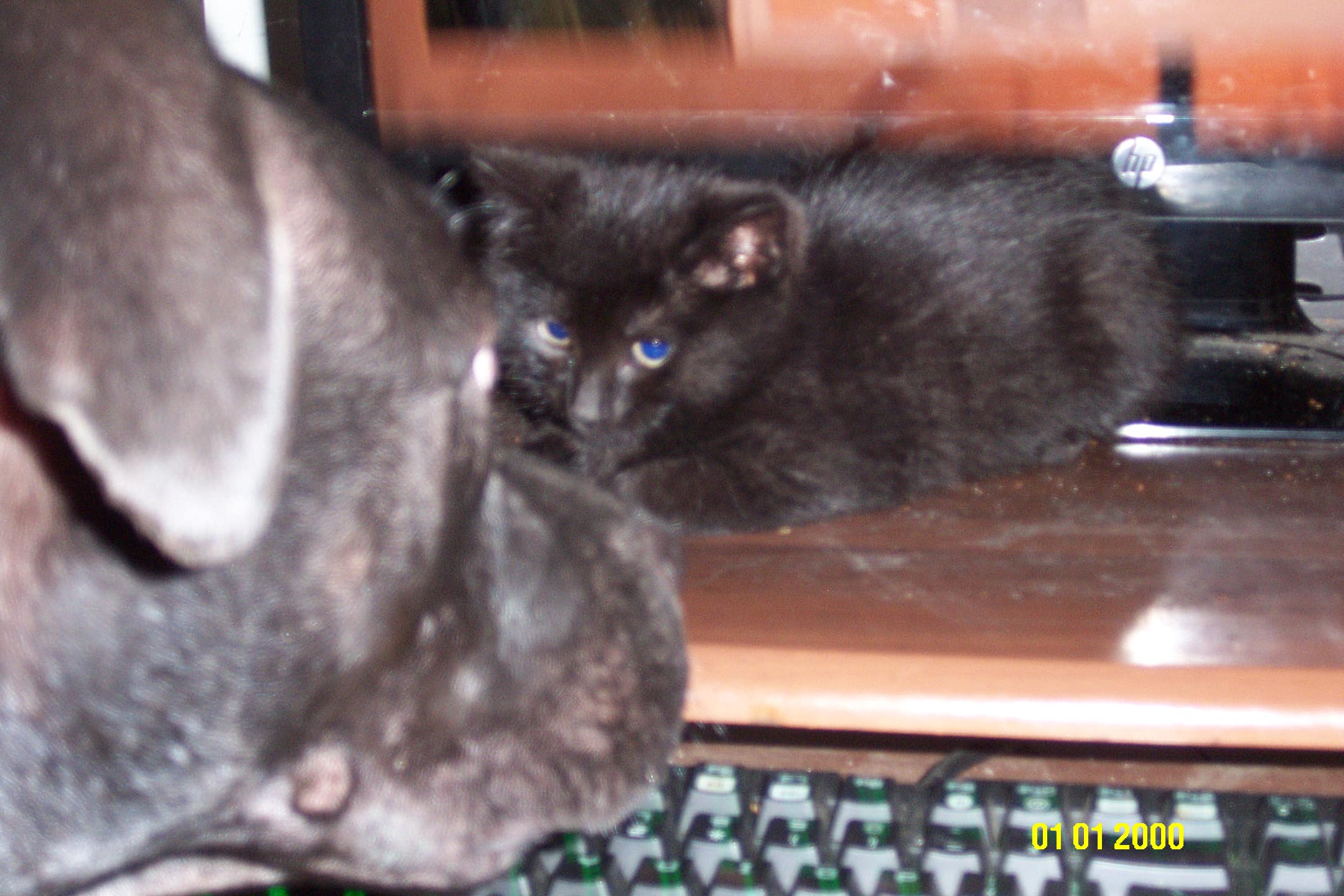 I need to think of a name for the little one...He's only been here a few hours, and I'll take my time with it, but I'm fishing for ideas.

Also, Sara is the dog that found me in January, of this year, after I lost my old girl. I posted about her here. Here is an updated picture f her from this spring: 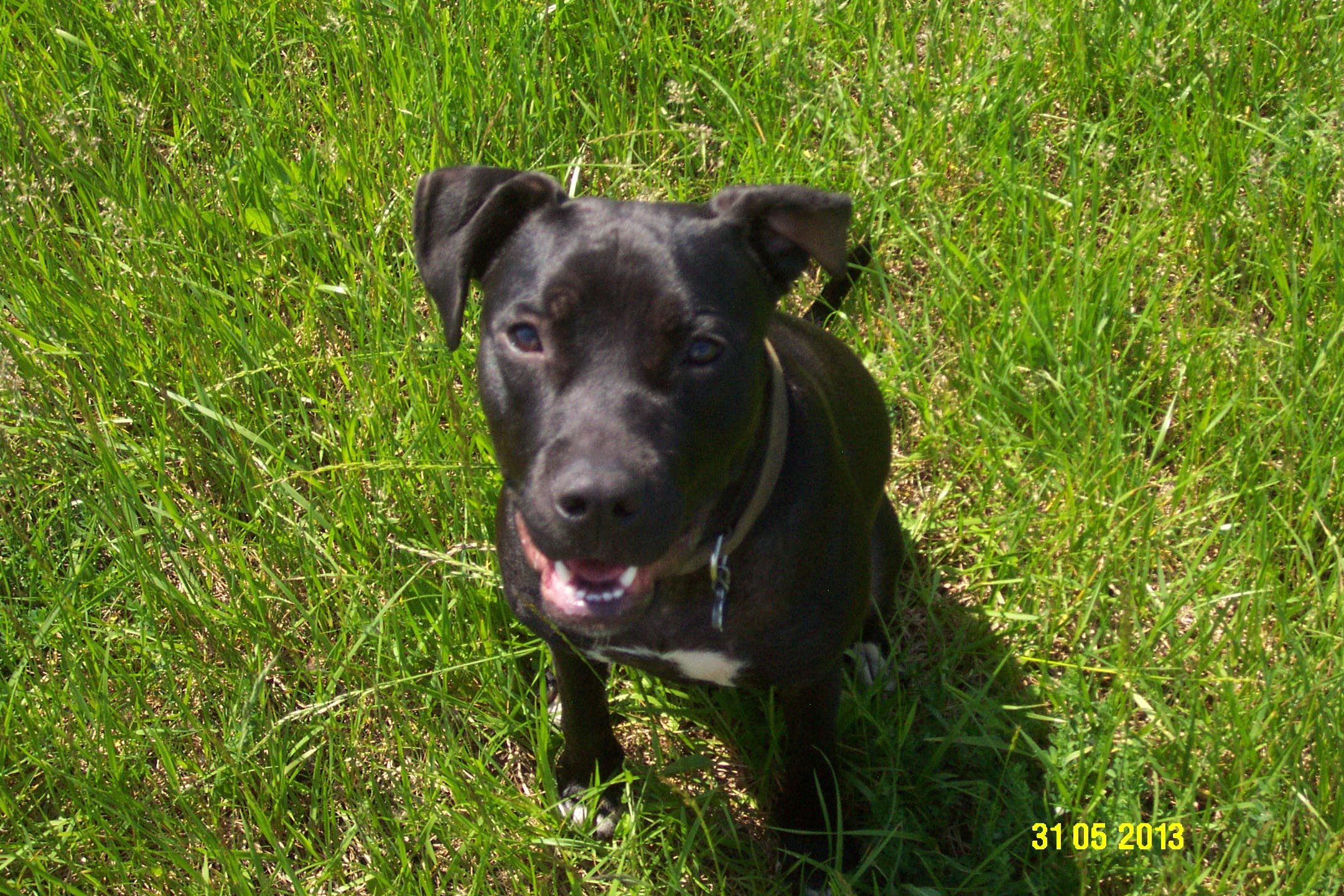 And here is a photo of all three of my bubbers:

It'll be a while before I can get a picture of the four of them together!

I'd have put this in the pet section...but we still don't have one!

So- tl:dr- what are your ideas for a male black kitten name?


What a bunch of cute little hams!
Yes! we need an animals forum! Animals are the bestest!
Help by showing your support in "Jude's" thread if you haven't yet


ETA: If we ever do get one, there should be a thread in it dedicated to just cats, 1 because there will be an overwhelming number of pics of them and stories among all other animals, and 2) because everyone knows cats are the inferior specie OF COURSE (they're just kind of mental, nefarious and ruin furniture etc etc etc)


Here's a few we had from some of our Past Cats. We have none at all now. Story for another time,
Let's see, we had Dark, Stormy, MidNight, Black, (yes that was really his name :lol, and Cloudy. He was Light Black/Dark Grey......
That's all I can remember right now. Good Luck with the new one! Later, Syx.

I had a couple of all black cats many years ago. They were just awesome!! Congratulations on your new edition!

He's so laid back. He came from a feral family born under a facebook friends' house. I'll have to get him to a vet asap to make sure he's A-Okay!

I also want to add: Consider black coloured bubbers! To this day, the superstitions about black animals persist; they are the last to be adopted and the first to be killed in shelters!
edit on 19-10-2013 by Hushabye because: (no reason given)


Salem is a great name, but sounds (to me) more like a girl name. There's a black cat named Salem in one of the mmorgs i play. xD


Salem could be a male name, like the cat from Sabrina the teenaged witch. Not sure about the back story but you can read here:
en.wikipedia.org...

Isittruee
I'd have to say I like Salem as a name for a black cat,

Salem gets my vote


My daughter took in a homeless all black male kitten....she called him Casper ( as a contradiction of course) and it really suits him.

Herbie (Herbert, Bertie)
Clive (after my favourite author, Clive Barker)
Galilee (a character in a novel by the author above)
Lemuel (Lemmy and also another CB character...also Lemmy the singer)
Maynard (after my fav. singer; Manny for short?)
I still like Salem, but it's a common black cat name, apparently.