posted on Oct, 15 2013 @ 02:26 PM
link
Just a quick thread to let you guys know that the first of the new Russian helicopter carriers (LPD), Vladivostok, has been named & launched at a ceremony at Saint-Nazaire, France today. 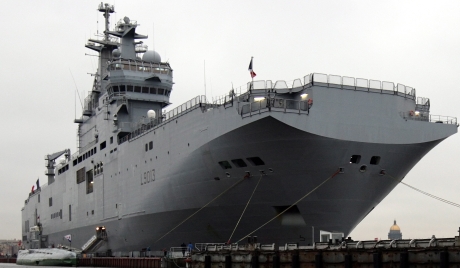 Ordered in 2011, construction will be shared, with just over half the ship being built in France. She'll be in service by two years with the Russian Navy. Approximately 22,000 tons displacement, she's the size of a light carrier of WW2 vintage. A range of 11,000 km (nr 6,000 miles nautical) she'll carry 8 attack helicopters, 4 transport helicopters and 4 ASW helicopters. She'll be able to take 4 landing craft or 2 hovercrafts, 900 troops, nearly 60 vehicles.

Vladivostok's stern takes to the water. 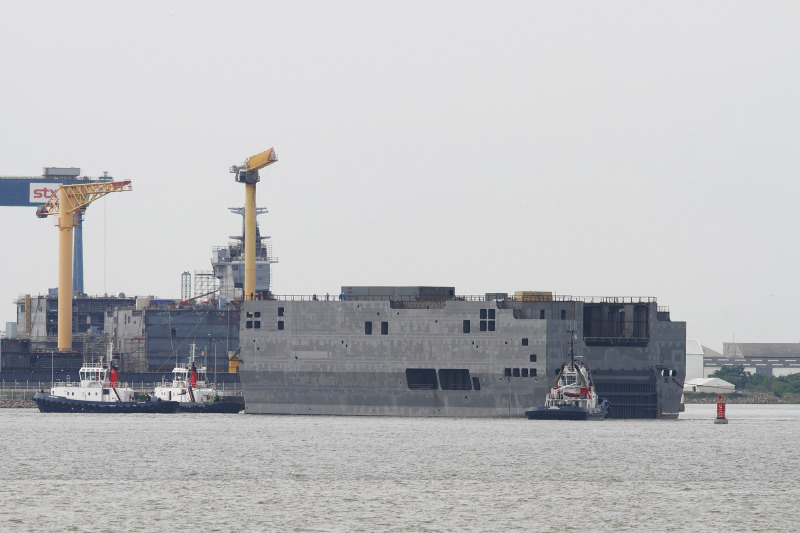 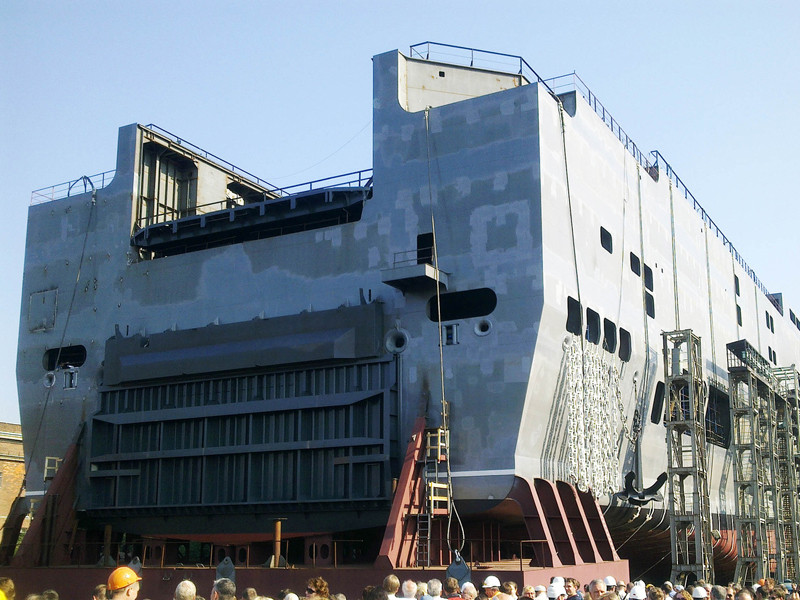 The ship is to be finished off in Russia, where they will add the finishing touches to the ship. She'll be joined by a sister ship in due course. his, for some, is a controversial sale. France, an OTAN/NATO member is selling a good weapons platform to Russia, a country some are still quite uneasy with.

I wondered what your thoughts might be on the subject.

posted on Oct, 15 2013 @ 02:29 PM
link
Russia has a huge production problem, so I wasn't surprised when they put this deal together. What will be interesting is their desire to have a full deck, Nimitz Class sized carrier within 10-15 years. This might be what it takes to jump start Russian production capabilities again.

Zaphod58
Russia has a huge production problem, so I wasn't surprised when they put this deal together. What will be interesting is their desire to have a full deck, Nimitz Class sized carrier within 10-15 years. This might be what it takes to jump start Russian production capabilities again.

It is amazing how quickly thieir defense production capabilities fell apart and how hard it seems for them to put back together again. The Russian navy needs a complete overhaul if they can not come up with the skilled work force to do so they will have to continue to depend on the West.


Their entire defense industry does. The Su-34 is a joke. Maybe by building some of this in Russia, they'll get that skilled workforce boost they need.

posted on Oct, 15 2013 @ 02:59 PM
link
If its anything like as good and dangerous as their missile ship, its going to be a pretty darn good deterrent.

Those Russians really do make some nice boats from time to time.


This isn't Russian, it's French. The French already have several Mistral class ships in service.


oh then, never mind, all bets are off LOL


I personnaly can not see a problem with russian outsourcing to france or any other NATO member but then again, the russians are going to go over it with a very fine tooth comb and that is why they are going to take another 24 months in russia, it look's as though the french have merely provided a chasis of a ship for the ruskies to outfit, interesting though.

Notice how old fashioned most of the new ships even our own in britain are, the american navy has had stealth ships for near 30 years now yet you do not see many of them, my friend whom was in hawaii when he saw one said the paint is hard to look at as it creates an optical illusion.


France is providing the hulls, and shipyard workers to assist in completing them in Russian shipyards. It's a joint construction program to assist Russia with getting their production back on track where they were in the 1980s and earlier.

I don't know much about the Russian Navy tbh so can't comment on some of the things Zaphod says. All I remember is the Soviet Navy churning out large numbers of good, basic surface ships. Some of them were actually quite scary and kept the lights burning late at night in OTAN/NATO defense ministries ! 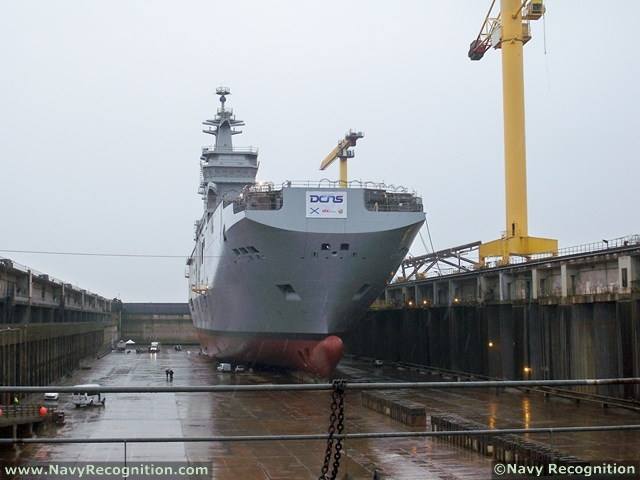 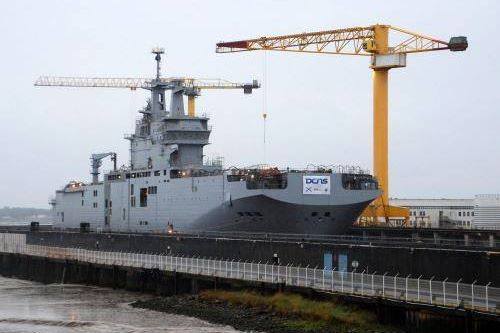 
They still have a decent production capability in some areas. Their sub construction for example. In other areas, not so much. At one point their Su-34 fleet had 16 examples, with 2 grounded, and the other 14 with varying degrees of problems.

They could pull the same board out of three aircraft and they were built three different ways, sometimes not even on the same side of the board.