The Editor of the journal FLUORIDE, A. Burgstahler, has died (Oct 12)

At the University of Kansas his teaching and research were devoted mainly to general and organic chemistry and the synthesis and chemistry of natural products. Other interests included toxic effects of environmental pollutants. His true passion was helping to eliminate fluoridation of public water all over the world. His interest in fluoride began in the early 1960′s and in a short time he became one of the world’s best known authors on the dangers of fluoridation. He was the editor and chief of the quarterly scientific journal Fluoride, published since 1968 by the International Society for Fluoride Research.


This man was my nephew's grandfather. I know many members of ATS will be interested in learning of his passing.
I myself have only met him a few times, and never have sat and talked with him, so I can't say "I knew him"...
nor am I particularly interested in the "Flouride" debate...

but many of you are probably very familiar with his work.


Those who want to avoid a seemingly untrusted (?) connection at flouridealert.org, can find the obituary here as well: 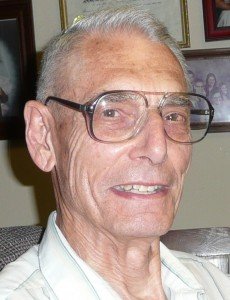 Smart man. I've got some reading to do- I'm not familiar with his work or the scientific journal.


Thanks for adding that link. Yep, that's him.

Poor guy was bent at a right angle at the hips for the last few years of his life. Last time I saw him was 3 years ago at my dad's memorial service.

Nice man. Sad loss for science. (My dad was also a nice man, and it was a sad loss for engineering when he died. But that's OT.)
edit on 10/15/13 by wildtimes because: (no reason given)