9/11: How Bin Laden Destroyed America and her Economy.


Prove he was behind it..

I want factual proof that Bin Laden pulled 9/11 off..


Now i think it was Bin laden and his group of terrorists that where behind it, and you think it was the NWO, now we can both debate that until the end of the time.

but at the same time we can both say that regardless of who we blame (something i mention in the OP) we can say that it had long term effects on the US.


Thing is, unless the people behind it are put the justice, nothing is gonna change, now is it?

If you've got the wrong guy, then you're not exactly helping the situation with your theory.


This thread is not about "who done it"

it is about the long term economic implications of the attack.

It just so happens that I believe the offical story so I have written the thread for the perspective of one who believes the offical narrative. But again as i have said regardless of what side of the debate you fall on the line of thinking I have outlined in the OP is applicable.


I agree 9/11 was one of the catalysts the globalists have used to bring down our economy, but as for OBL, he was nothing more than the Mandarin from Iron Man 3, a phony front man.

but at the same time we can both say that regardless of who we blame (something i mention in the OP) we can say that it had long term effects on the US.

As if the," Sleeping giant " wasn't poisoned from with'in ever since ?
What kind of display are you making of absolute naivete' ?


You cant just say someone did it with no proof..

Most of the world excluding Americans don't believe Bin Laden did it.. Therefore you would need to proof he did..

If not then well.. The rest of this post is just junk... Because well without proof he did what you said he did you cant have the rest of the post..

(Actually come to think about it.. There are alot of people around me now that thing Bin Laden had nothing to do with 9/11 American wise.. So ya... You should really prove he did it in you want to implicate him in something.. Cause last I heard it was only our government stating he did it.. And the British but they sleep together so.. Really don't count..


I agree 9/11 was one of the catalysts the globalists have used to bring down our economy, but as for OBL, he was nothing more than the Mandarin from Iron Man 3, a phony front man.

Unfortunately I cannot give you that in a single thread or post, I dont even think it can be done in single book, but that would be a start. I wish I could but i do not possess the literacy skills, or time do give you the information you want.

I truly believe that to understand why Al-Qa'ida was behind the attacks you need to have a understanding of the history behind the group.


OP ! If we compare the devastation of Pearl Harbor and
WWII coming at a time when America was still week from a dust bowl
and a GREAT depression.

With 911 coming at a time of ultimate prosperity ?
911 looks like a single pssed off mosquito attack on a giant !


Al Qaeda is The database.Because you are British and you like official sources and official stories i will give you some informations .

Robin Cook,
Former Foreign Secretary and Leader of the House of Commons

Bin Laden was, though, a product of a monumental miscalculation by western security agencies. Throughout the 80s he was armed by the CIA and funded by the Saudis to wage jihad against the Russian occupation of Afghanistan. Al-Qaida, literally "the database", was originally the computer file of the thousands of mujahideen who were recruited and trained with help from the CIA to defeat the Russians


“I first heard about Al-Qaida while I was attending the Command and Staff course in Jordan. I was a French officer at that time and the French Armed Forces had close contacts and cooperation with Jordan . . .

“Two of my Jordanian colleagues were experts in computers. They were air defense officers. Using computer science slang, they introduced a series of jokes about students’ punishment.

“For example, when one of us was late at the bus stop to leave the Staff College, the two officers used to tell us: ‘You’ll be noted in ‘Q eidat il-Maaloomaat’ which meant ‘You’ll be logged in the information database.’ Meaning ‘You will receive a warning . . .’ If the case was more severe, they would used to talk about ‘Q eidat i-Taaleemaat.’ Meaning ‘the decision database.’ It meant ‘you will be punished.’ For the worst cases they used to speak of logging in ‘Al Qaida.’

“In the early 1980s the Islamic Bank for Development, which is located in Jeddah, Saudi Arabia, like the Permanent Secretariat of the Islamic Conference Organization, bought a new computerized system to cope with its accounting and communication requirements. At the time the system was more sophisticated than necessary for their actual needs.

“It was decided to use a part of the system’s memory to host the Islamic Conference’s database. It was possible for the countries attending to access the database by telephone: an Intranet, in modern language. The governments of the member-countries as well as some of their embassies in the world were connected to that network.

“[According to a Pakistani major] the database was divided into two parts, the information file where the participants in the meetings could pick up and send information they needed, and the decision file where the decisions made during the previous sessions were recorded and stored. In Arabic, the files were called, ‘Q eidat il-Maaloomaat’ and ‘Q eidat i-Taaleemaat.’ Those two files were kept in one file called in Arabic ‘Q eidat ilmu’ti’aat’ which is the exact translation of the English word database. But the Arabs commonly used the short word Al Qaida which is the Arabic word for “base.” The military air base of Riyadh, Saudi Arabia is called ‘q eidat ‘riyadh al ‘askariya.’ Q eida means “a base” and “Al Qaida” means “the base.”

“In the mid-1980s, Al Qaida was a database located in computer and dedicated to the communications of the Islamic Conference’s secretariat.

“In the early 1990s, I was a military intelligence officer in the Headquarters of the French Rapid Action Force. Because of my skills in Arabic my job was also to translate a lot of faxes and letters seized or intercepted by our intelligence services . . . We often got intercepted material sent by Islamic networks operating from the UK or from Belgium.

“These documents contained directions sent to Islamic armed groups in Algeria or in France. The messages quoted the sources of statements to be exploited in the redaction of the tracts or leaflets, or to be introduced in video or tapes to be sent to the media. The most commonly quoted sources were the United Nations, the non-aligned countries, the UNHCR and . . . Al Qaida.

“Because of the presence of ‘rogue states,’ it became easy for terrorist groups to use the email of the database. Hence, the email of Al Qaida was used, with some interface system, providing secrecy, for the families of the mujaheddin to keep links with their children undergoing training in Afghanistan, or in Libya or in the Beqaa valley, Lebanon. Or in action anywhere in the battlefields where the extremists sponsored by all the ‘rogue states’ used to fight. And the ‘rogue states’ included Saudi Arabia. When Osama bin Laden was an American agent in Afghanistan, the Al Qaida Intranet was a good communication system through coded or covert messages.

And for the dessert BBC documentary

I thought it was about Bin Laden bringing down the U.S economy? That's what it states in the title of the thread.

If it isn't then maybe you should change the title and all references to OBL. There would be more credence to what you are saying if you do. That's not having a go, just my opinion.


Again as I keep having to stress this is more about the long term impact that the 9/11 attacks had on the American economy.

We could argue to the end of time who did it and is Al-Qa'ida a CIA front or not but I know that we will never agree, you quote me Robin Cook, I quote you John Scarlet, you quote me Sibel Edmounds, I quote you Michal Scheuer, you go with Alex Jones, I go with Peter Bergen. And so the debate goes on and on.

Now like i said before I believe OBL was responsible I have my reasons for that (and no its not ignorance) so I wrote this from that perspective. But like i also said in the OP it is entirely possible for us to disagree on who done it but agree on the long term economic effects it had and that is what this thread is about, it is about what 9/11 done to the American economy.

Now yes another part of it from my perspective is to say what Bin laden motivations might have been in this endeavor. But this is not a debate of who done it, if you want to say I am wrong in saying it was OBL, fair enough but the real focus here is on how these attacks (who ever it was) might have been the catalyst that has resulted in the shut down.
edit on 14-10-2013 by OtherSideOfTheCoin because: (no reason given)

Any Terms & Conditions infraction in the 9/11 forum may result in the termination of your account without warning.

I thought it was about Bin Laden bringing down the U.S economy? That's what it states in the title of the thread.

If it isn't then maybe you should change the title and all references to OBL. There would be more credence to what you are saying if you do. That's not having a go, just my opinion.


it is a fair opinion and in hindsight might have been a good idea to have just made it about the the economic impact.

but a lot of thread that I write i write for myself, I spend time researching a subject and I use ATS if you like as a platform to present the findings of my research. 9/11 is a topic that i research quite a lot and my research says this was Al-Qa'ida so all of my threads are going to have that perspective unless it changes, which i am open to.


I thought America was prosperous during war time ?
Hell we went to war with everyone who didn't have
a Bank of England in their country. We should be soaring
on high ?

I dont go with Alex Jones , and how the biggest economy in the World will be so much hurt by demolishing two hollow towers . 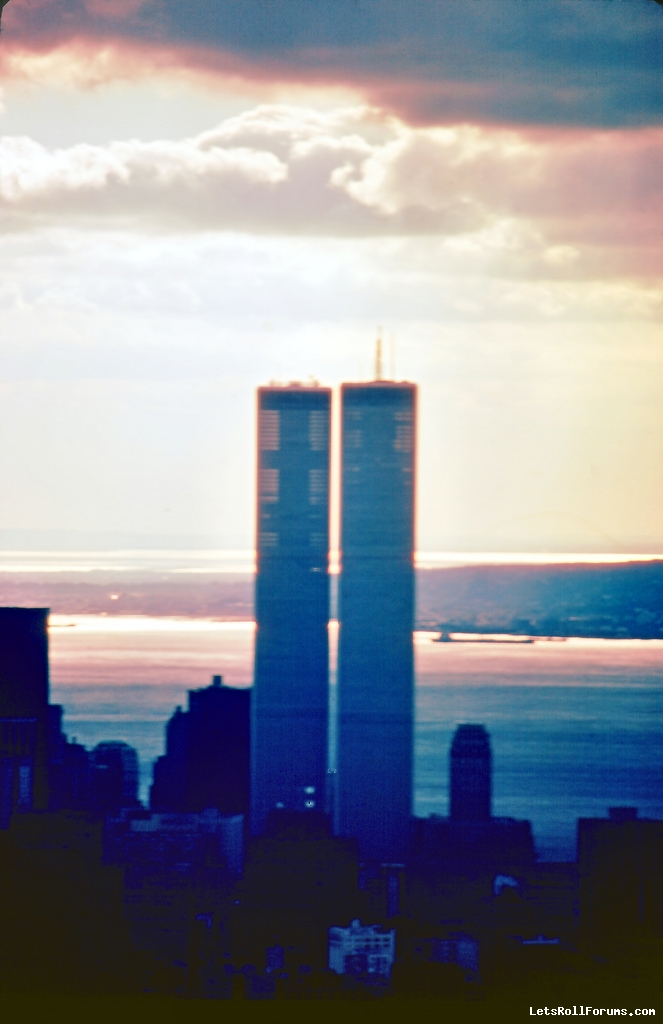 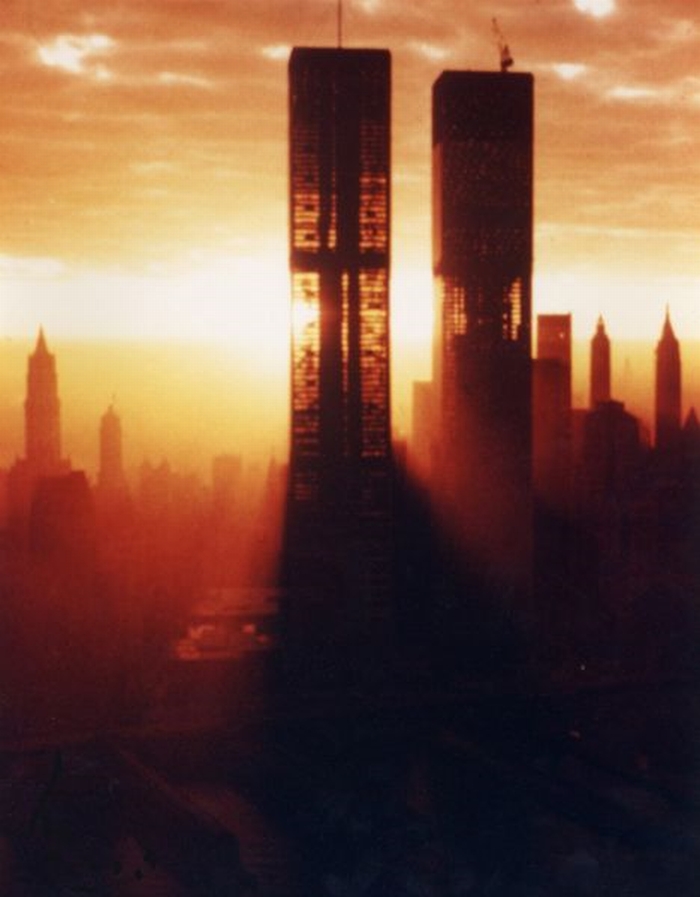