A question which we all have to ask

posted on Oct, 14 2013 @ 08:02 AM
link
I could've placed this in many forums here at ATS, this isnt just a simple question this a dicussion about all of humanity..

Is there too much for us to resolve?

ScottProphhit
I could've placed this in many forums here at ATS, this isnt just a simple question this a dicussion about all of humanity..

Is there too much for us to resolve?

Since you are talking about humanity, the answer is yes. After all, everyone has a opinion about something and there is usually some one with a differing opinion.

Material problems can usually be resolved in some manner. Opinions however must be shaped over time.


Yeah thats a part of our issues(and you say its in the wrong hands as if we could simply take it) I was thinking everything, racism, wrongful imprisonment, sexualization of children, slave labour, prostitution rings, wars, social imbalance, the way people are taught, the things people believe, the war on drugs, prescription drugs, genocide, oppression, domestic abuse, animal abuse, destruction of the environment, hatred, greed, the love of possesions, the list goes on and on.


If all Humans have that essentials which i mentioned then the system will be different and all the problems and issues you mentioned will slowly disappear from face of the earth. For the most hardcore i recommend sending to the moon .

posted on Oct, 14 2013 @ 08:40 AM
link
Yes. There is an ever increasing number of people on this planet, and an ever decreasing amount of natural resources. For those who think technology can save them, what do you do when there is no fresh water? What do you do when the amount of trees on the earth reach a critically low level?

Oh, just get technology to make more water and zap some more trees into existence were fine.

Oh, just get technology to make more water and zap some more trees into existence were fine.

A quick google search shows that you are WRONG

Cheap Drinking Water from the Ocean
Carbon nanotube-based membranes will dramatically cut the cost of desalination. 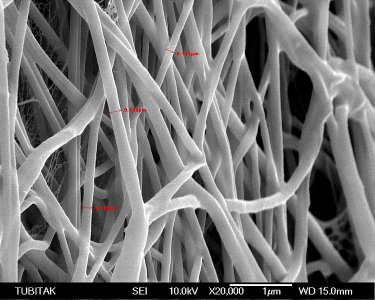 A water desalination system using carbon nanotube-based membranes could significantly reduce the cost of purifying water from the ocean. The technology could potentially provide a solution to water shortages both in the United States, where populations are expected to soar in areas with few freshwater sources, and worldwide, where a lack of clean water is a major cause of disease.

All world in one state Texas ?

A little comical math for you to understand.


I dont expect anything , i changed (changing) myself , talking and informing with people around me , little activity on net and life goes on.If everyone started with himself the World will be changed faster than you think.
edit on 14-10-2013 by xavi1000 because: (no reason given)

Nah. We will figure it out.

You might want to re-read the article you quoted as these technologies have not been implemented. A few key words for you to take note of are "COULD SIGNIFICANTLY" and "COULD POTENTIALLY PROVIDE A SOLUTION".

As of right now, we ARE running out of fresh water at an alarming pace.


Oh, I have heard the argument a thousand times if I have heard it once, "the worlds population can all fit comfortably in Australia, Texas, etc, etc." Well GREAT! Is anyone doing that? Are we allowed to all move to Texas? Hmmmm you want the death row inmates next to your 1,000 square foot unit...I am sure we would all get along and there would be no problems.

I don't know why people always spout off that the world population is not a significant cause for concern because "we can all fit on such and such piece of land" Whoopty doo! THATS NOT REALITY. The reality of the situation is, we are becoming more and more urbanized. We ARE NOT going to be all moving to a nice big piece of land in the country, a majority of us are moving to cities!!! Because that is where we make money$$$$$$.


I dont expect anything , i changed (changing) myself , talking and informing with people around me , little activity on net and life goes on.If everyone started with himself the World will be changed faster than you think.
edit on 14-10-2013 by xavi1000 because: (no reason given)


Issue is people in general starting with themselves. Bit of a close minded opinion I shall now spout!

Its ok to sort out yourself and except things and change things, but with these small (sometimes big) changes come an ignorance in itself. Once you are "perfect" you look upon other people / cultures and see the "wrongs" they are doing. Yes some are very VERY wrong, but some might just be simple things everyone does. You start to dictate to others they should sort themselves out and then they come up with a different solution to it and then "you" are the wrong one.

Two things would change the world as we know it:

Nah. We will figure it out.

It doesn't matter what you know, its what you do, the majority of what peoples actions now are less productive and humane than they were 2000 years ago, peoples minds and actions are in control of the people you all pin the blame on, and theres literally no power here? Just people wanting led, like everyone else.


While you are scared and shouting on net that we are running out of fresh water scientists all over the world is working on the problem.The technology and solutions are here , enjoy and relax.


No one is shouting I just know I am not WRONG like you so eloquently and bluntly tried to put it. As of right now I am right and you are wrong. There is no solution to transform salt water into drinkable water as of right now.

Yes I know scientists are figuring it out. I am not worried. I don't give a crap about the future generations as I will be long gone before it gets REAL BAD.

We live in some-one elses reality. It's ruled by the few to control the majority. And it's ridiculous, when you think about it, that we could let this happen, because it's our own failure to come together has caused this. Everyone is born equal. Most of us have two arms, two legs, a brain, and the ability to think for ourselves. And yet we're all too willing to forfeit that and place our lives in the hands of some-one we neither know nor trust. How completely stupid is that?

This is our lives we're talking about. We deserve the best that we can get. And until we stop thinking as we think we're supposed to think, and realise that nominating a privileged snob to govern every area of lives isn't clever, then we will continue to suffer. We the people, need a leader. We need a good and honest person to stand up with us, some-one we can trust to be open and act on our behalf. It is only then that things will resolve themselves.

As things stand, it will not be long before we're slaves of Israel. That's what we're being set up for and that's who we're being sold out to.


All the previous people who were ideal that had risen up to be leader's ended up dead, Huey P, Malcolm X..# MLK said before I was born that he had a dream that people would be treated equal, Zimmerman was found innocent for killing a black child..