As U.S. politicians of both political parties are still shuffling back and forth between the White House and the Capitol Hill without striking a viable deal to bring normality to the body politic they brag about, it is perhaps a good time for the befuddled world to start considering building a de-Americanized world.

Emerging from the bloodshed of the Second World War as the world's most powerful nation, the United States has since then been trying to build a global empire ...

...the U.S. government has gone to all lengths to appear before the world as the one that claims the moral high ground, yet covertly doing things that are as audacious as torturing prisoners of war, slaying civilians in drone attacks, and spying on world leaders.

This "shaming" comes from a commentator at Xinhua (China's official news agency), lists the usual US "hypocrisies," offers a list of 'solutions' - and ends with a very politely phrased suggestion that the 'beltway politicians' quit peeing on one another, clean up their acts and get on with business.

Of course, the purpose of promoting these changes is not to completely toss the United States aside, which is also impossible. Rather, it is to encourage Washington to play a much more constructive role in addressing global affairs.

And among all options, it is suggested that the beltway politicians first begin with ending the pernicious impasse.

Honestly, with all the flack China has taken from US journalists, it seems only fair that some lowly commentator slings a bit of mud back our way.


We now require a separate thread on each forum for every source of a story? Man this is getting intense


Aw c'mon. Happens all the time. Any comment on the story?

imho - We're in the end game. If the US defaults, there'll be a domino effect. And NO bail-outs - we're looking at buy-outs NOT bail-outs. ...Nation-states are puny compared to corporate states - in terms of profits and power. The so-called Financial Crisis just redistributed and consolidated the world's wealth. Time for Phase 3.

25 US Mega Corporations: Where They Rank If They Were Countries

If Wal-Mart were a country, its revenues would make it on par with the GDP of the 25th largest economy in the world by, surpassing 157 smaller countries.

Even some major countries like Norway, Thailand, and New Zealand can be bested by certain U.S. firms.

I know, but many others don't


: up : Just came on to quote you and link to your thread... As xuenchen points out, China is the top *foreign* holder of U.S. loan debt with $1 trillion worth, plus more than $3 trillion worth of American assets. In comparison, Total consumer debt stood at $11.15 trillion in the second quarter.

China is the top *foreign* holder of U.S. loan debt in the form of U.S. Treasury security paper.

They currently have over $1 trillion worth.

They also *own* more than $3 trillion worth of American assets.

Take it away big guy.

We allow one other post in another forum if one is in Breaking Alternative News. One here and one in the forum the topic relates too.

posted on Oct, 13 2013 @ 09:25 PM
link
Makes sense to me - if yanks are so far up themselves that they are wiling to screw over the rest of the world then I have no problem with the rest of eth world giving you a middle finger and consigning you to irrelevancy.

after all it's only fair - turn about and all that.

Either start behaving like grown ups or get shut in the play pen with all the other children! :p

And if you don't like China telling you the unpalatable truth then stop making it so easy for them to do so!

posted on Oct, 13 2013 @ 09:26 PM
link
Total consumer is at $11.4 trillion according to Reuters, but as xeunchen reports, the fed says it's $13 trillion. Either way, the global corporations own more of us than China by a long shot.


Problem is, if the US falls there'll be a domino effect. What then?

A country of philosopher kings who value merit as the metric for social mobility upwards.

No hereditary titles,
no sacred rulers,
and no peasants.

Everyone is to recieve a free AND MANDATORY education.
No peasants. Period.

In the 70's fiat currency speculation began the deconstruction process of individual crafts people who made stuff that would last for generations and replaced it with disposable consumables.

In the 80's credit began the destruction process of individual savings so that no small community could fund it's own start up entrepenuership.

In the 90's Media monopolies began the scorched earth policy against the traditional philosophies of America and now people only respect the one-liner, the sound-bite.

After the turn of the millenia fear is reintroduced as a tool of social manipulation and control. The few remaining philosophers and believers in merit have been marginalized as radicals.

It was a lovely country.
You would have liked it.
You and your children would have done well there. 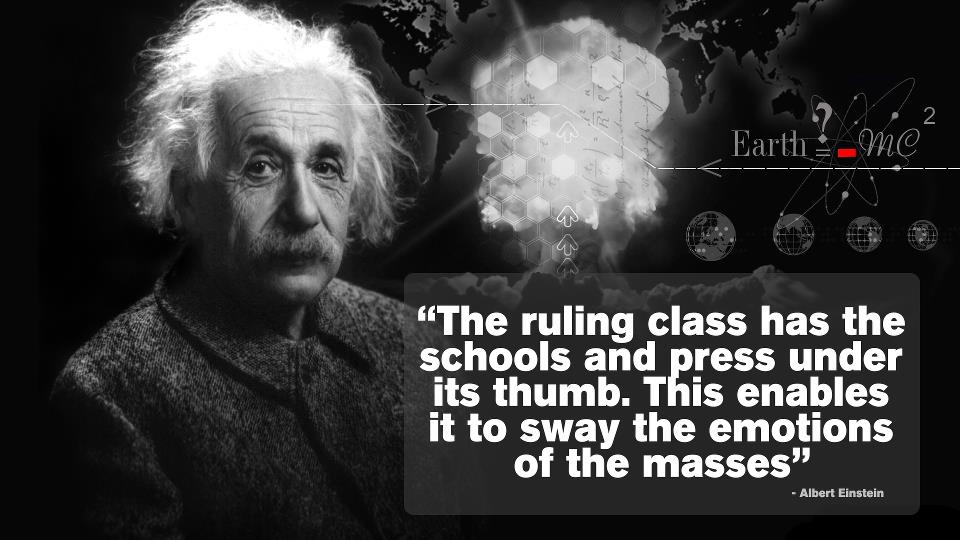 But who wants to invent anything anymore?
If it's a money maker the powerful will just leverage you out of it.
The financial institutions have mortgaged our children, and our
children's children on the future of American creativeness and
invention. They were in such a hurry to own all of our future
inventions that they killed the very culture that used to produce
them.

China says the world should be de-Americanized.


Problem is, if the US falls there'll be a domino effect. What then?

Mine is that if you yanks can't behave like adults then you'll never again be the "leader of the western world" or whatever other high-moral position you think you might hold now - you will be consigned to being despised for 100 years or more for that you do.

China says the world should be de-Americanized.

Read above, enough said. Time to look out for US.

posted on Oct, 13 2013 @ 09:59 PM
link
As I recall from the pie chart of our debt that was posted somewhere in these forums recently, the Social Security fund is one of the largest owners of the nations debt, several times over what is owed to China and Japan collectively. I'm sure folks in high (low) places would love to default and abscond with that chunk of change, pay off a few to keep off their backs, and come back with the "sad news" for the former American people.

I would like to see the CAFR's, the "Comprehensive" financial reports on the United States corporation to see what is really going on. I bet our opium trade interests out of the Middle East are thriving. I am sure the whole tale is not being told to us peons.

Still, I wouldn't mind a make-over on America just to get the act cleaned up some. The world is probably getting tired of our same old dog and pony show as well.

ain't no-one but Americans screwing up America at the moment - stop trying to blame everyone else! :p

First of all US is not going down anytime soon as #1 power in the world.

Secondly, any turbulence in US waters should only make IDIOT nations go the other way from democratic and free market principles.

a) Russia after 1991. A resource rich nation, took a knee jerk decision but broke its own knees by adopting corruption, crime and chaos as a way of life. Only Russians to blame for what they went through in the 1990s.

b) Iraq after 2003 Gulf War. Another resource rich nation. US got them freedom from a monstrous dictator and regime. However, Iraqis threw themselves into a CIVIL WAR. Instead of quickly forming democratic and progressive institutions they formed regional armies and attack groups raging wars and bombings on each other. Worst they also hosted the insurgency and further threw their country into all sorts of nonsense.

So even if US goes into some temporary turbulence, wise nations will not go awry and will maintain good points of American way of life and progressive ethical minds.

ain't no-one but Americans screwing up America at the moment - stop trying to blame everyone else! :p

Would agree to that in high majority !! Well said !!!

posted on Oct, 14 2013 @ 12:46 AM
link
U.S. will eventual collapse, and you have Philosopher Kings standing in the shadows, waiting to rebuild based on the Constitution, based on unification, based on kicking out the fascists, to big to fails, corps, rogue agencies, etc.....

Its going to be a wild ride, but we will rebuild

posted on Oct, 14 2013 @ 06:24 AM
link
From my perspective the comments are accurate, intelligent, and fairly positive overall.
Britain can be similarly criticised.

I note that our Chinese friend has elicited the phrase "IDIOT nations" from a detractor on this thread --
That seems eloquent of the nature of the opposition.

I can't expect all Americans to see through the programming their government has filled them with, but I'm very relieved that so many do. I respect their honesty, courage and integrity.

I have no objection whatsoever, to any aspect of American culture.
As long as it stays in America.