North Korea Threatens the use of nukes once more

In a statement released by spokesman for the Committee for the Peaceful Reunification of Korea (CPRK), Pyongyang strongly denounced the agreement reached at the latest joint South Korea-U.S. Security Consultative Meeting that calls for so-called customized deterrence against North Korea's nuclear weapons.

Customized deterrence calls on South Korea and the United States to attack the North and take out the communist country's nuclear arsenal if there are clear signs it may be used against their allies.

"The military plot aims to derail the ongoing peace process and dialogue on the Korean Peninsula and can fuel tensions that can lead to a nuclear conflict," the North Korean body in charge of inter-Korean relations said in a report carried by the state-run Korean Central News Agency.

It added that the North is prepared to respond to all provocations by its enemies in Seoul and Washington and made clear if its warnings are ignored, the country will respond firmly and without hesitation.

"If our enemies try to threaten us in the slightest, the country will launch ruthless pre-emptive strikes of annihilation," the CPRK said.

The organization then made clear that talking about denuclearization when the United States is bent on plotting to invade the North shows the level of hypocrisy on the part of Washington.

The committee then lashed out at South Korean President Park Geun-hye, saying her calls on the North to give up its nuclear program are ludicrous.

Xi made the remark when he met bilaterally with South Korean President Park Geun-hye on the sidelines of an Asia Pacific Economic Cooperation summit in Indonesia's resort island of Bali, after Park voiced concerns about Pyongyang's nuclear ambitions, the official said.

"The Chinese side (Xi) said he opposes North Korea's possession of nuclear weapons and that he is also resolutely opposed to an additional nuclear test by North Korea," the official said. Xi also pledged to "strictly abide" by U.N. Security Council resolutions on Pyongyang, he said.

The remarks came in response to Park citing a need to stop North Korea from honing its nuclear capabilities, and asked China to help prod Pyongyang to focus on rebuilding its broken economy, the official said.

"(North Korea) can't pour everything into nuclear weapons at a time when many North Korean people are said to be suffering from chronic malnutrition," Park said at the start of the talks. "I hope China will work hard to persuade North Korea to concentrate on economic development."

seems Un is hell bent on nukes and war, what is your thoughts?

I had a friend who went there with his mom. They have such a brainwashed society that they believe their own lies. They spend so much money on keeping Pyongyang up and running that their other cities populations suffer.

Its about money... not nukes. they know if they tried to nuke the south that the north will be nothing but a half-island of glass.

I worried about this until watching how the last one ended up. The massing of Chinese troops on the DPRK border was explained and their interest was covered. They won't tolerate seeing Kim bring the US and world into war just over 600 air miles from Beijing itself, and much much closer to Chinese soil and major ports for commerce.

If Kim gets too spunky, China will slap him silly. They made that clear last time.. I'm content to watch him make a fool of himself now.

posted on Oct, 7 2013 @ 12:39 PM
link
This happens evrytime someone wakes up Lil' Kim.
Just like the bad boy on the block has to rob a grandma every now and then to keep up appearences, so he has to brag about how he's gonna wipe the western world out...
Just give him another happy pill. 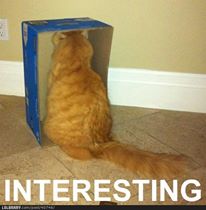 Constant war-mongering with empty threats that lead to the political-penis game.

Kim, Bibi, and Obywan need to start their own country because their agendas seem to overlap flawlessly.

EDIT: Can we have one thread on NK that doesn't dissolve to "Oh wittle Kimmy is upset" comments? Obama's regime has resulted in the death of countless innocents, same with Bush.

But oh be golly I'm just a crazy nutter who has no grasp on reality.

And Americans wonder why we can't be taken seriously. Because instead of standing up to our rampant corruption we're busy pointing the finger and laughing at someone else's dilemma.

As a nation we have a collective mindset of a sixteen year old. "Football, sex, money, and MURKA."
edit on 7-10-2013 by RomeByFire because: (no reason given)

posted on Oct, 7 2013 @ 12:51 PM
link
I myself would love to see Un get a good old B**ch slap down by China , China will not put up with him too much longer, not when he threatens to use nukes or any WMD, on the South, he knows that the war games are pre planned just for this reason, to defend themselves from a mad , no insain North Korean leader that at times runs of of Prozac, and leads him to thoughts of suicide, and not just for him but his nation. how else can one explain his actions?

How many times will he shout wolf on death ears? All it takes is one to become fact and act on them , remember The North and South are still in a state of war , there is no peace agreement, Un could in his mind see this as an act of war or any war game and it could become hot, really hot for he has nukes now.

Yea I know only a mad man would use them , thus i give you Un of the DPRK aka North Korea.

Oh look, they are now.

You got to ask , How much more can DPRK take now that China is saying more sanctions , they are on their last legs of food , you can only push a starving man so far before he becomes violent. Un might be saying it for real this time, no more crying wolf, when there as I see it, there is one this time.

posted on Oct, 7 2013 @ 01:25 PM
link
This morning North Koreas minsiter of defence was seen on the TV openly challenging the US to attack by shouting - 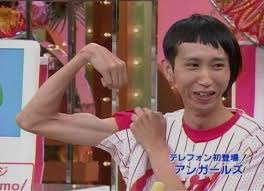 "Obama ,which do you want first, i call my left fist 'thunder' and the right 'lightning'....."

Obama was unavailable to respond... 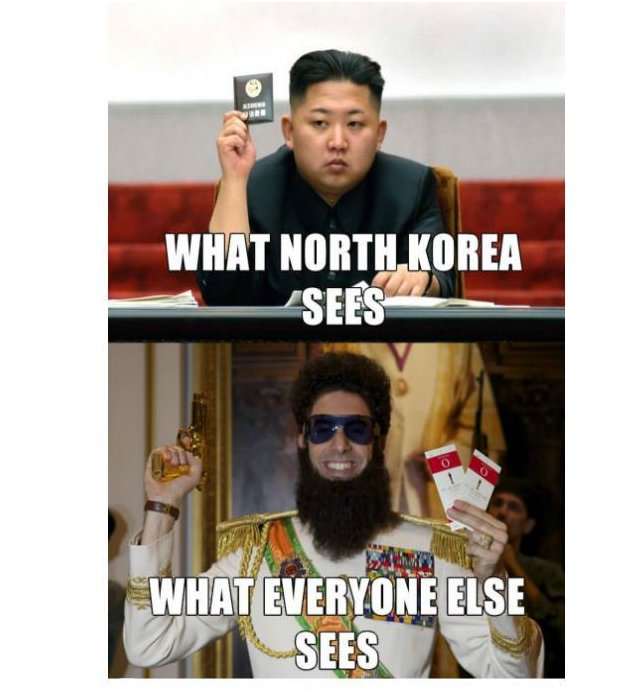 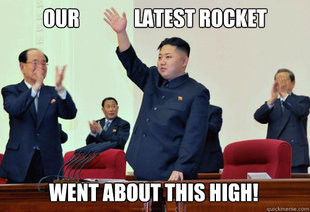 
I get everything you said except this:

still think they have the right to have nukes?

Who has the right to own nukes and who gives them that right?

The US seems to think that they have any right they decide upon and that they and they alone should be the one to allow or deny those same rights to other Nations.

As far as I'm concerned, a War mongering Nation such as the US should have no rights to such weapons as they are the only ones proven to actually use them.

The alleged resurrection comes four days before the 68th founding anniversary of the Workers' Party of Korea (WPK) and a little under two years after the incumbent leader succeeded his father Kim Jong-il as head of the communist country.

The WPK had controlled the country for decades under North Korea's founder Kim Il-sung, but during the "songun," or military-first, policy pursued by his son Kim Jong-il, it had basically been relegated as a second-tier organization with little power for over a decade as the armed forces effectively managed the country.


so what is the big change? well here it is from the same link

The announcement, made at the plenary session of the WPK's Central Committee in March, aims for simultaneously pushing forward with economic construction and the building of its nuclear force, a major policy goal for Pyongyang.

Moreover, a revision to the so-called 10 key monolithic ideological system that governs all life in the isolationist country earlier this year is seen as another tell-tale sign of change. The change, which was the first in 39 years, placed the party above all others.

When one threatens so many times , it is one time that they will act on.

posted on Oct, 7 2013 @ 01:34 PM
link
When Kim's right hand man turned up late for work at the North Korean parliment this morning, he was immediately sent home for being improperly dressed. 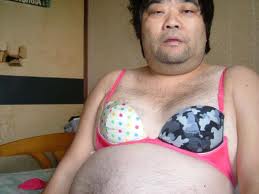 But on a more serious note, spy photos have shown that the North is inverting heavily in it's armoured brigades whilst the people starve... 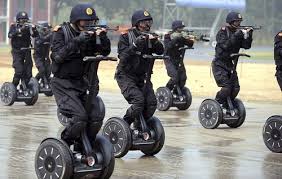 posted on Oct, 7 2013 @ 01:37 PM
link
You know i really am not one of those members who thinks that WWIII is going to start every time someone uses the word "nuke" on the world stage.

But this year twice I have been convinced that war was just around the corner and quite justifiably so, first when DPRK tensions hit a new high and then recently with events in Syria.

This has taught me a valuable lesson, no matter how close we might be, no matter who says what, we dont really have to get all worried until someone pulls a trigger.

So little kimmy can say all he wants about his bombs, its just more rhetoric and nothing for anyone to get over excited about.

sulaw
Were sorry, the US gov't is shut down at this time.... Please try your rhetoric later... If you feel you have received this message in error, you can hang up and threaten again later...

Bahahahahaha....we seriously couldn't have asked for a better 1st response to a post than this. Just classic. Well done!