13000 Year Old Satellite. The Full Story Behind the Black Knight. 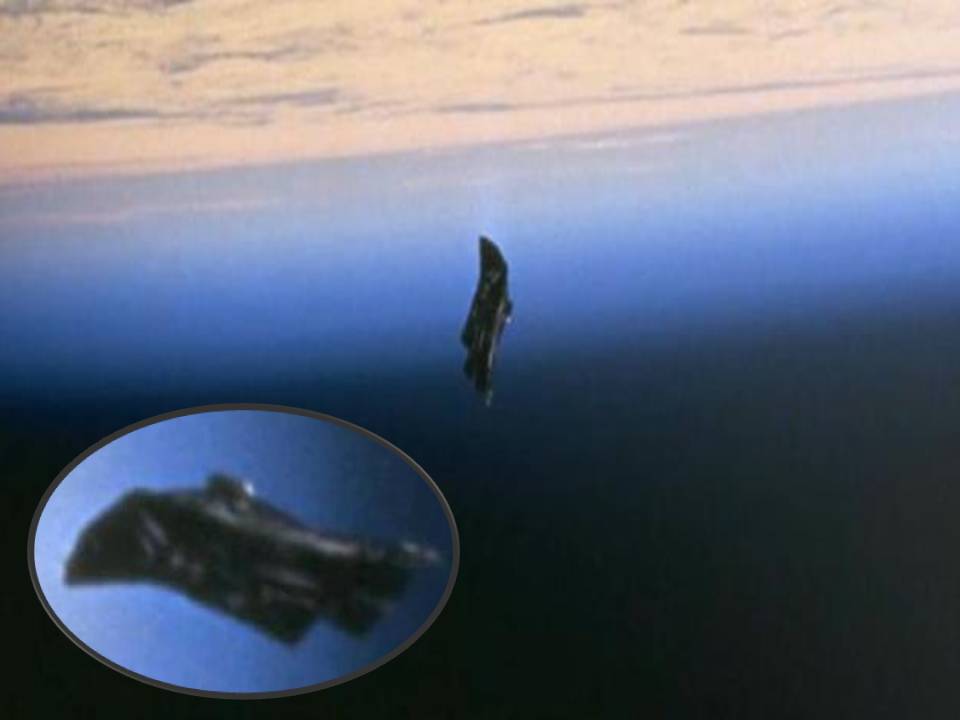 In 1899 Tesla discovered an electronic signal that he believed was coming from space. Signal where later picked up in the 1920s by HAM radio enthusiasts


1960 North American System Listening Station picked up a radar echo. They had detected an unknown satellite in orbit. R.Johnson director of the Adler Planetarium said...


The object does not even have the decency to maintain a regular schedule like any other heavenly body or man made object we have ever seen. It appears some nights and some nights it does not.

The satellite was in a polar orbit. It was further revealed that this could not have been the work of either Russia or the USA as they could not achieve polar orbit at the time. The USA named the satellite the Black Knight. A special committee was formed to gather information on the mysterious satellite.. An article was put into time magazine about it.

The satellite was photographed on 3rd September 1960 Long Island and Some seven months after it first appeared on radar image. On 1963 it was seen by an astronaut going into space.

On december 1998 The space craft endeavour was making a journey to the Space Station it recorded several images that many people think to be the Black Knight. The links to the images are on the video.

The object is still believed to be in Orbit to this day. NASA explanation to what the object is has changed several times.

Nostradamus is quoted as saying:

I loved this topic, a friend of mine is friends with Duncan Lunan (whose theories have no connection to the black knight satellite) so I have been hearing about it for a long time.

This is a somewhat recent article on the subject from July of this year including a comment from Mr. Lunan:

The Truth About the Black Knight Satellite Mystery

Duncan Lunan
Posted September 11, 2013 at 1:13 AM
Hi, Thanks for correcting the Black Knight nonsense, which as you say has nothing to do with me. As regards Izar, when I published my attempted translation of the 1920s signals, Izar’s distance was generally quoted as 103 light-years. Dynamical parallax calculations suggested that the star had been F5 when on the Main Sequence, which would have allowed time for evolution of intelligent life, and made the supposed 2nd planet originally habitable and the 6th planet habitable now. When the true distance turned out to be 203 l.y., it made the star A0 when on the Main Sequence: no time for evolution, and neither planet would ever have been habitable if they existed, so I withdrew the whole translation in 1976. The star has cropped up in other contexts since then, but that is another story. Cheers, Duncan.

So although claims of an ancient 13 000 year old satellite originally from the constellation of Böotes, has reportedly been spotted and photographed by NASA astronauts as it travels in polar orbit; in reality this is not the case. Black Knight is a jumble of completely unrelated stories; reports of unusual science observations, authors promoting fringe ideas, classified spy satellites and people over-interpreting photos. These ingredients have chopped up, stirred together and stewed on the internet to one rambling and inconsistent dollop of myth. The Universe is big place, and astronomers are trying to find signs of other life, some have even searched for alien probes near Earth; however the Black Knight satellite is not the answer and it never has been.


Please state the Century and Quatrain number of this claimed Nostradamus quote as well as the original version for discussion.

ETA: FOr assistance, here is a link to Full list of Nostradamus Centuries and Quatrains


Star for posting this and sharing some info. I see things about that satellite and sometimes threads about it but know nothing. Isn't this just another military gig created and left alone in space and purposely not telling about it to make people wonder and make conspiracies like the whole UFO topic.

Is there more than these 6 min videos, like an actual documentary out of these links?


Not to mention the very large thread already on this same piece of space debris:


I watch the video but first id like to say that i believe it to be one of Odin's Ravens/black birds.
I believe the Norse gods do actually exist.


Other than Nostradamus do you have any sources for those claims?

We should know for sure soon. Someone launched new mission to collect space junk, want to say swedes, but not sure. As they collect this junk we shall know what the black knight is.

posted on Oct, 6 2013 @ 05:26 PM
link
There's got to be a better way to use Internet search engines to allow people genuinely interested in such stories to at least survey the 'pro' and 'con' literature on such controversies, to avoid the wasted brainpower and enthusiasm that these mostly-wild-space-goose dead-end discussions cause.

How could the OP have done an adequate search to see the existing critical material on these claims?

This is a serious question -- I really don't have an answer on it.

The workable strategy, absent an internet search engine that would really be helpful, is to do what the OP did -- post it on ATS and exploit the capabilities of the ATS group mind.

posted on Oct, 6 2013 @ 05:28 PM
link
I've been searching high and low and cannot find a single reference to Nostradamus saying this in any of his quatrains.

The only thing to be found are claims by some fringe websites that say he did; conveniently enough, none of those reference a quatrain either.

Not that it would matter to me if he had said it, as i do not put any stock in Nostradamus or any of his prophecies, but as a matter of fact-checking, as far as I can see, he never said it.


He could have typed Black Knight Satellite into the search box, it would have brought up the thread from a few months ago. www.abovetopsecret.com...

What makes you think he used the search function?

posted on Oct, 6 2013 @ 05:35 PM
link
This is intresting subject. Early satellites were balloon shaped like Echo 1 and not like this "satellite" or whatever it is 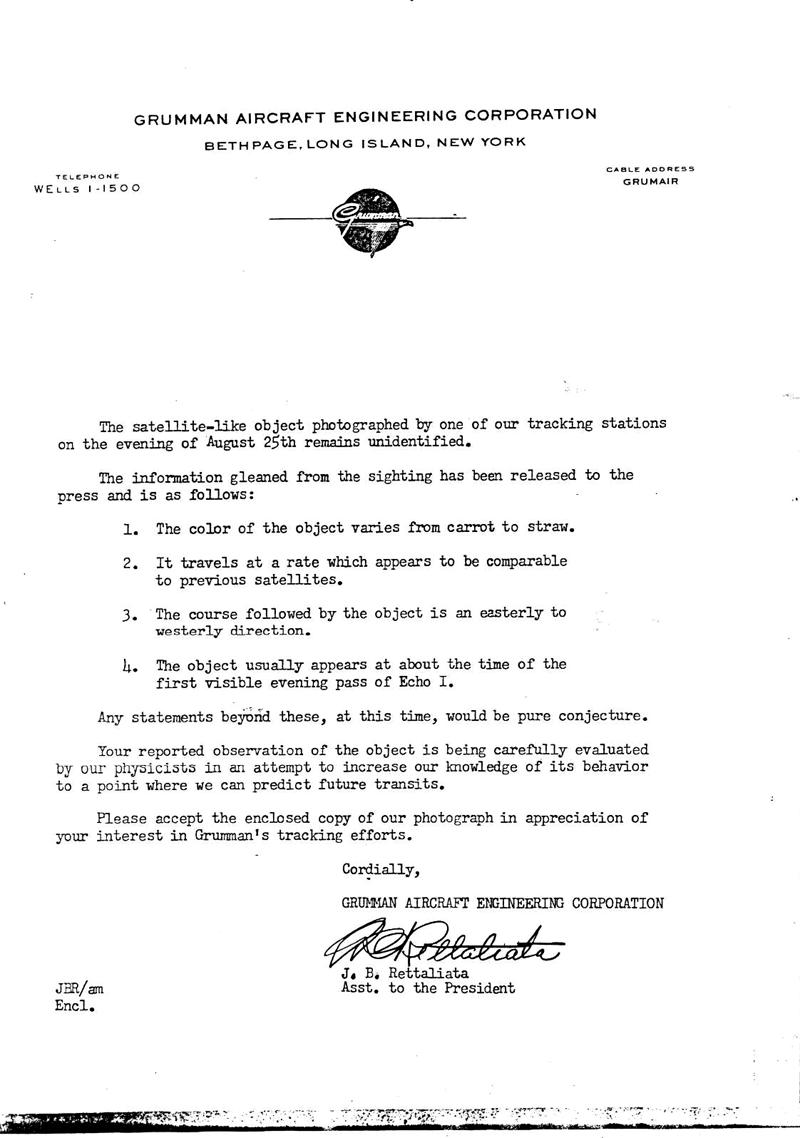 If it´s a thermal blanket left by an astronaut as some skeptics says then "man in space" programs have started earlier than we know.


Or the 2 have nothing to do with each other.

Perhaps if you read the document you posted, and the info on the "Black Knight", you would see that the "Black Night" is logged as traveling in a polar orbit, while the unknown item in your posted document travels in an equatorial (i.e. east-west) orbit. So they cannot be the same, or even related since they are in opposing orbits.


edit on 10/6/2013 by Krakatoa because: Fixed spelling and other fat-finger errors


I always thought the Apollo 11 sighting could have been the Black Knight .

But that's just me


Is that the story behind that pic? I saw that pic a while back, minus the story, and my mind was somewhat blown. It's not clearly defined, but by the shape it really does appear man-made. And strange.


EDIT: Forgot to say.... if this is a known object, and NASA is aware of it, but claims they don't know what it is.... how is that even possible? Shouldn't NASA be able to rendezvous a ship with it or something?

I'm sorry, but to me, NASA saying "Gee, there's a strange satellite that we can't exactly explain.... but no need to attempt to study it. Probably just some space junk or something. Yep."


I mean, for the government to not even consider that it might be a foreign satellite? You'd think at the very least, that thought would get them checking, no?
edit on 6-10-2013 by iwilliam because: (no reason given)


The workable strategy, absent an internet search engine that would really be helpful, is to do what the OP did -- post it on ATS and exploit the capabilities of the ATS group mind.

stirling
+22 more
posted on Oct, 6 2013 @ 05:52 PM
link
Regardless of the debunking efforts...there still remains some doubt as to the veracity of the debunkers claims.
There are NO 13 ton space blankets.....
The object was spotted Before our earth satelites were put aloft
Polar orbit was an unachievable feat at that time by either power.....
The Black Knight is something real, that has mass......
Itsexistance cannot be disputed......
Its origin and purpose remain a mystery......
Donald Keyhoe remains a hero and a courageous officer who did his duty by the American people and was castigated and
ridiculed by the PTB....why? because he really knew what he was talking about....... 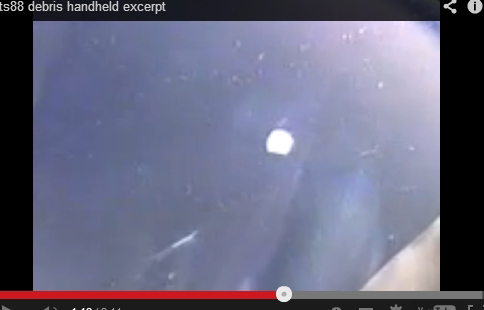 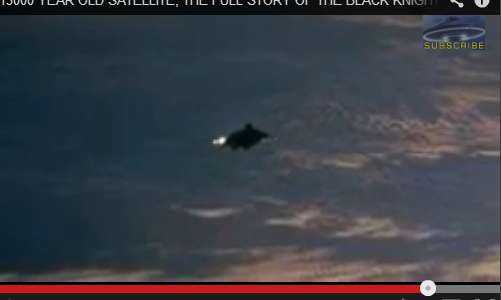