posted on Oct, 4 2013 @ 11:48 AM
link
People of my generation will remember General Giap as the implementing military strategist, under Ho Chi Minh, of Vietnam's ouster of the French from that country's territory and of the 10,000 Day War to unify the country in spite of American military support for an independent South Vietnam.

For readers of French there is a very complimentary biography of the General in Le Monde at the following link. 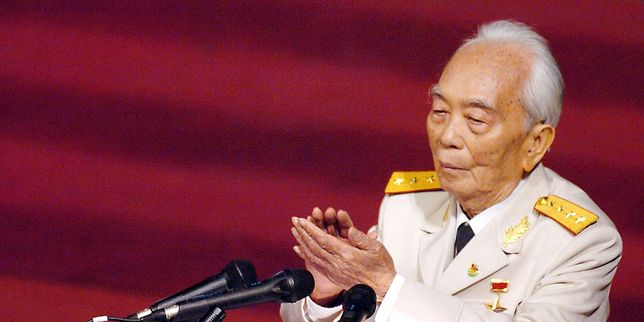 Whichever side of the conflict one was on, Giap was highly thought of as a military leader. He was even invited to give a lecture at West Point long after the war, but declined the invitation.

He was 102 years old. Nerves of steel, balls of steel and evidently genes of steel.

He was the most prominent military commander, beside Ho Chi Minh, during the Vietnam war and was responsible for major operations and leadership until the war ended.

I'll say this though. You are right that, regardless of side, he earned respect for being a successful General and leader of what he had. He bested us, after all...and the first to try, let alone succeed out of World War II. That took guts and a lot more. That much, indeed...He was quite a man for.

It's too bad on West Point. That would have been an interesting thing to hear from that perspective, packaged for that audience. Historic, for context. It's opportunity lost on that.

I remembered reading about the invitation at the time and that he had declined and being very disappointed about it, because I think it would have been one of the century's most dramatic moments. It was a great compliment from West Point to the General, but in the aftermath of so many years of costly warfare, I can understand his decision.

Le Monde called him one of the greatest military strategists of the 20th century, but we must remember the thought of another great military strategist when he wanted to know if an officer up for promotion to General was "lucky", because he, Napoleon, valued luck more than ability.

Giap was lucky to be fighting the mighty United States, a country with a conscience. Had he been fighting Nazi Germany, things might have been horrifyingly different.
edit on 4-10-2013 by ipsedixit because: (no reason given)

posted on Oct, 4 2013 @ 02:25 PM
link
The right man, at the right time, at the right place. That war could have ended so much differently had someone else been in charge and the NV fought the war differently.
I think right from the start of the war the U.S. would have been happy to settle for a Korean type resolution, a divided country with a north and a south, in fact they were probably using that as the game plan for vietnam.

Love him or hate him, Giap had all the qualities of the american patriots in the revolutionary war.They both fought against bigger stronger enemies,they both lost most of the battles they fought, they both persevered and bore hardships and deplorable conditions and they both won.
You have to give credit where credit is due and that guy deserves a lot of credit.