Best video I could find for cause and effect of D.C. SHOOTING!

posted on Oct, 4 2013 @ 08:54 AM
link
I could have put this in another forum but This forum was the first one that caught my eye. We have all heard how an unarmed woman (unarmed if you don't count a car as a weapon) was shot in Washington D.C. by Capitol police while she had he infant in the car with her. There have been many wild stories about the incidence..

IMO a film or picture is worth a 1000 words. Miriam was stopped with several officers surrounding her car which had weapons drawn. Why she did not comply at that point we may never know but her next response was a very fateful decision on he part.

She put her car in reverse and backed into a police cruiser and then sped off... whereby with that action the cops opened fire.
Maybe someone else can find a better video of what went down.

My conclusion would be when surrounded by cops with weapons drawn I would suggest do what they say or suffer the consequences. Does not matter if you love-em or hate-em do what they say or get shot. Maybe someone else can find a better video of the incident.... Thanks for watching...

posted on Oct, 4 2013 @ 09:15 AM
link
Couldn´t see your video as it has copyright issues and is not allowed to view in my country. I wonder if this is same video?

I am going to bet that this is yet another case of pharmaceutical derangement, postpartem depression or both.


I hate when overseas and I want to listen to a local (USA) radio station via the internet or view a video and it is blocked!! Yes it appears that your video post is basically the same.

Thank you for going to the trouble of finding another video and the reply.

I am going to bet that this is yet another case of pharmaceutical derangement, postpartem depression or both.

You do have a valid point with so many being on psychotropic drugs.... or maybe because she was not a local and knew Washington D.C. to be a cesspool of crime, she thought the cops were gang bangers.... (sarcasm sorry)... Either way a little girl will not have a mom while she grows up because mom decided she did not have to comply with a bunch of guys with pistols drawn...


So sad, I guess if she thought Obama was stalking her, she sure enough wouldn't pull over.


Another tragic casualty of Obamacare. What will you do when you are forced to embrace Hussein's vision of life? 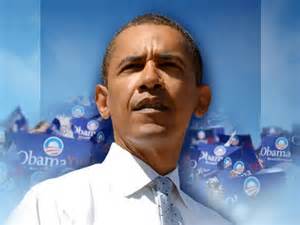 //disclaimer: I may (or may not) be honing my GOP propaganda toolbox.

posted on Oct, 4 2013 @ 10:20 AM
link
Hmm,.
maybe, as obamas father was a father of many other children NOT from his wife,
Obama wanted this shut down to avoid another scandal. He had her eliminated from the picture
and of course they made her look crazy.. She does kinda look like Michelle, but prettier,
one could see his attraction to her..

Rep. Sean P. Duffy (R-Wis.) was assaulted on Wednesday night as he was walking to the U.S. Capitol. His camp confirmed today that someone screamed at the congressman and grabbed his arm.
“A random individual, unknown to the congressman, began screaming at him and grabbed his arm,” spokeswoman Cassie Smedile said in a statement to Roll Call on Thursday morning. “Mr. Duffy was unharmed. He reported the incident in compliance with House security procedures.”
Smedile also said that Duffy requested “no further action be taken” and that no additional comment would be issued on the matter. Neither his official Twitter nor Facebook accounts address the incident.

I suppose I wouldn't want it known that I was assaulted by a female; if I was a high and mighty law-maker, either. Don't they give a gender-specific description when reporting assaults?

For that, I suspect the two stories will merge into one.

posted on Oct, 4 2013 @ 11:01 AM
link
i understand that she needed to be stopped, and that if allowed to continued to drive around in the fashion that she was she could have hurt or killed someone.

here is what bothers me.

fist and foremost, when the cops had her surrounded and guns drawn on her when she backed up into the cop car.
how is it that many cops didn't see the child? hell there were at least two right beside the car and one had his hand on the door handle. when she pulled off you then hear them firing. what no concern for the safety of the child, so it's all right now for cops to recklessly fire at a vehicle with a child in it?

i know people are gonna say they didn't see the child, i myself would find that very hard to believe.

then as best as i can tell, from what articles i've read and videos that i have watched, the car was stopped and incapacitated, then they shot her. why? again they had to see the child and if the car was not moving or able to move, and she was not firing at them, why not wait her out?

so as it stands we will probably have another case chalked up to a mental defect, and we will never know why.

one more thing, i saw a article and news story about her claiming that obama was using microwaves on her and
and now i can't seem to find the same stories.

that i also found to be strange, that two high profile incidents, that two black people have made claims of elf or micro waves, whats up with that?


I would love to find out her reason, maybe Obama could not keep it in his pants and the child is his...


Anybody that thinks it's o.k. for police to open fire on a car with an unarmed woman and baby in it TWICE regardless of her reckless driving is delusional at best. Its trash and you all know it. Its just o.k. now a days to shoot first, ask questions later? There really is something to the frog in the pot of water analogy. People are just getting used to and accepting this type of behavior from our armed guards in the POLICE STATE.

I think she had already hit one cop who rolled off her car before racing down Pennsylvania doing 80 and getting hemmed in. I think there were actually two different incidents and the first lead to the second in her attempt to flee knowing she was in mucho trouble.

She had a psyche prescription and had told people she had thought she was a victim of electronic harassment and this is truly a weird part. She had a neighbor at her mother's house who apparently watched some of her desperate behavior seeking God's help with a bible in her hand and his name was...get this.... Majestic Steele.

This stuff is getting too weird for me. Yes, they had a reason to stop her... but I feel for her because what if she was in fact another target? I'm glad her daughter is not old enough to remember this... hopefully. Whether or not she was harassed and led to believe it was by obama himself, who knows... but this sure isn't shinning a good light on psyche meds. Not in my opinion. That girl was NOT thinking straight.

TOO MUCH WEIRD STUFF OVER WHAT IS HAPPENING IN WASHINGTON!

We don't need this. I have enough weird # going on at home. My cousin apparently wants to "deck me"... for no damn reason and apparently has wanted to for quite some time. she's still mad today and being all weird around me but sucking up to everyone else like she's obsessed with me now. I think she needs to keep her cell phone away from her head for a while. The devil has gotten INTO SOME PEOPLE, YO!!!

Crazy...completely illogical. Totally uncalled for. Damn strange is what it is and people can't even recognize it in themselves. I could go on and on with irrational behavior all around me and why I know that right now, I gotta stay away from people. It's damn near hilarious. I can feel energy coming off of people...rising up...and people need to keep that crap in check right now!

Something is in the air.

posted on Oct, 5 2013 @ 06:07 AM
link
Don't worry. The way things are going you will soon have the opportunity to walk a mile in her shoes. Maybe there will even be film footage to be evidenced as it played out.

It's strange how the police are never held accountable any more. The police are given a free pass for illogical, irrational, overly aggressive behavior, because they "may" have been in danger. So much for expecting a higher standard. That may be why all of our protectors of the law are so afraid of their shadows they are shooting children holding water hoses, teenagers carrying soda cans, and dogs locked behind closed doors.

It has become standard policy if something is perceived than it is as good as done. What happen to the perception of innocence until "proven" guilty? I guess it got thrown out with the perception of truth, freedom and trust.