HANOI–Vietnam has ordered the evacuation of more than 58,000 people from central coastal areas and called boats ashore ahead of a typhoon that is forecast to make landfall late Monday.
Packed with wind speeds of up to 149 kilometers an hour, typhoon Wutip was 170 kilometers east of the central coast at 0000 GMT and was moving west-northwest at 20 kilometers an hour, according to the National Centre for Hydro-Meteorological Forecasting.

Each year, Vietnam is hit by around a dozen tropical storms and typhoons, which often deliver heavy rains and floods. Storms and floods last year killed 258 people in Vietnam, up from 234 people in 2011.


A rescue operation is under way and reports say 14 people have been found.

With rains intensifying and water levels climbing people are being evacuated out of costal regions.

at least 70 people have been reported missing three fishing boats to sink in the South China Sea.


Thanks for the heads up hknudzkknexnt. Here's a pic. 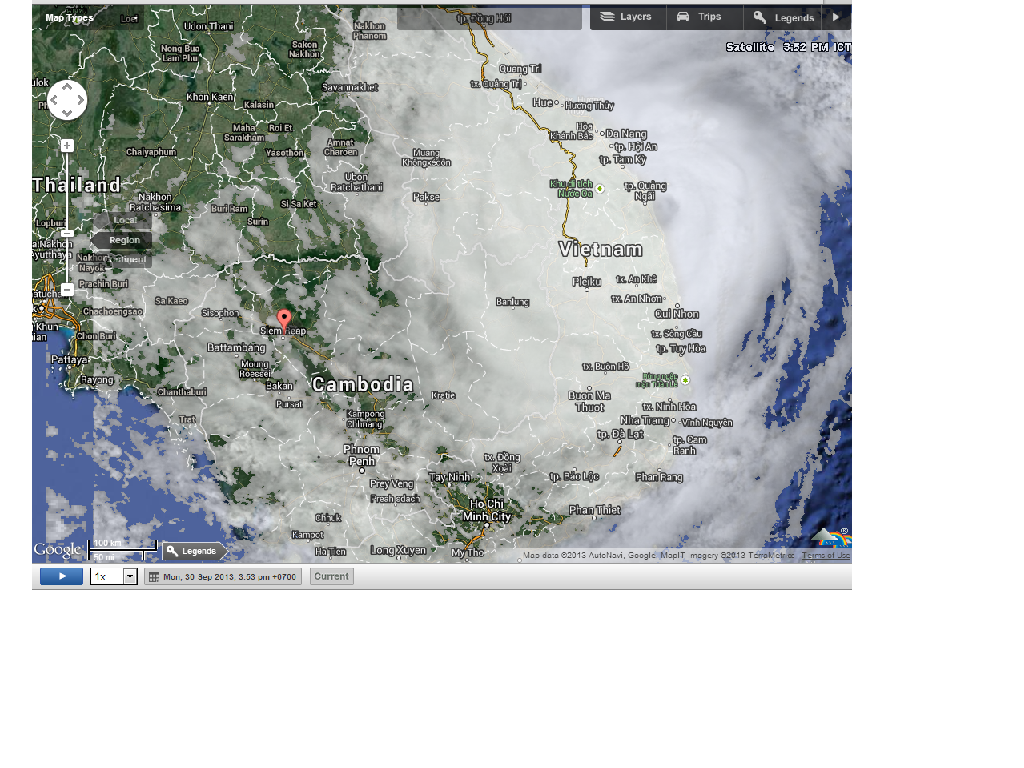 It's pretty close to where I live, we've been getting almost constant monsoons lately and now more to come. At least it keeps the bull frogs happy.

I hope you stay safe.


The compound where I live in Siem reap is partially flooded. We've still got another month of heavy rain then it stops for six months and everybody misses it.


I see.. We don't get much rain in texas

China’s president Xi Jinping called for an all-out rescue effort after the powerful Typhoon Wutip sank at least two fishing boats near the Paracel Islands on Sunday, leaving 75 fishermen missing, before moving on to lash the coast of Vietnam.