posted on Sep, 28 2013 @ 09:49 AM
link
We were driving home from the provincial capital when i suddenly felt the urge to take a pic of this double hill-and later saw the silver orb/ball in the pic-the conditions were hot and dry,and i took it out of the passenger window that was rolled down on account of the heat.

Any suggestions? i have to go out,but will pop by later tonight to see if anybody can explain the anomaly.
Thank you in advance
Rax. 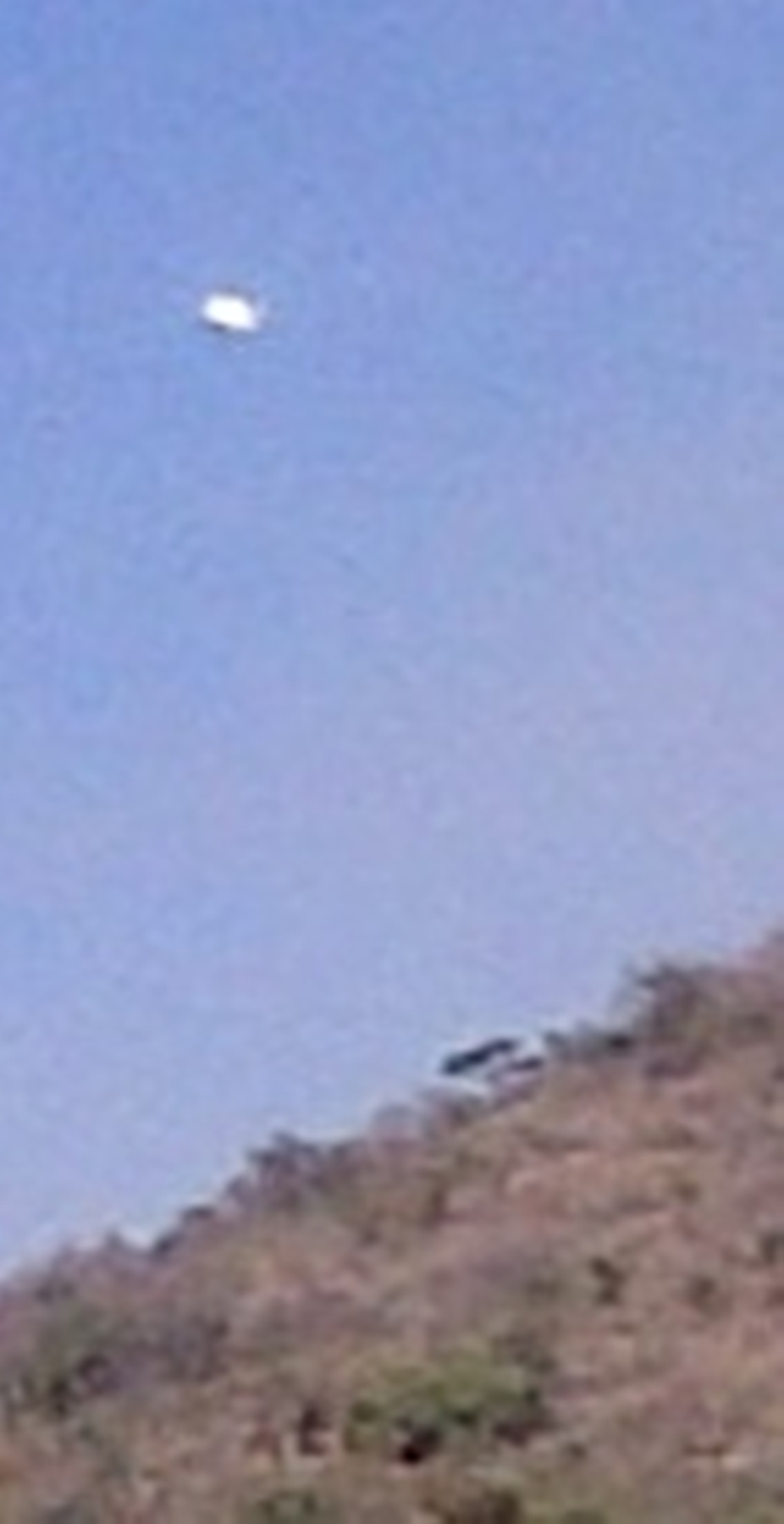 posted on Sep, 28 2013 @ 09:55 AM
link
I have taken several pictures of landscapes, buildings, etc. in the past, and upon reviewing them afterward, seen similar objects in the sky. I did not notice these obects at the time the images were captured.

Perhaps, like me, someone, or thing, has its eye on you

posted on Sep, 28 2013 @ 10:01 AM
link
Due to the focus being slightly better on the anomaly compared to the hill range, im going to guess closer up, rather than at the same or further distance than the hills.

So, bug with light on it?

posted on Sep, 28 2013 @ 10:03 AM
link
Did you see the object with your eye at any time? If not, are there birds in that area? It's just a guess based on other photos I have seen, birds sometimes can look like a orb or ball due to their movement. But then again you never know.


I know you say the window was down, but there are a few anomalies in the photos that look to me like reflections off of glass (like a window not rolled down). Not saying you're lying (maybe you are, who knows), but maybe you're remembering incorrectly? Not having been there myself, I can't say aside from what I see in the photos and what those aforementioned anomalies look like to me at first glance.


I see the window refraction too


It's hard to tell if its a cloud or a reflection but reflection was my first thought . 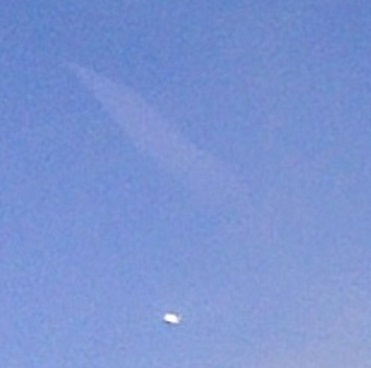 Biigs
Due to the focus being slightly better on the anomaly compared to the hill range, im going to guess closer up, rather than at the same or further distance than the hills.

So, bug with light on it?

That explanation is just bunk. If it were closer with the car traveling at speed, it would be blurred if captured at all.

sitting on a line or wire? 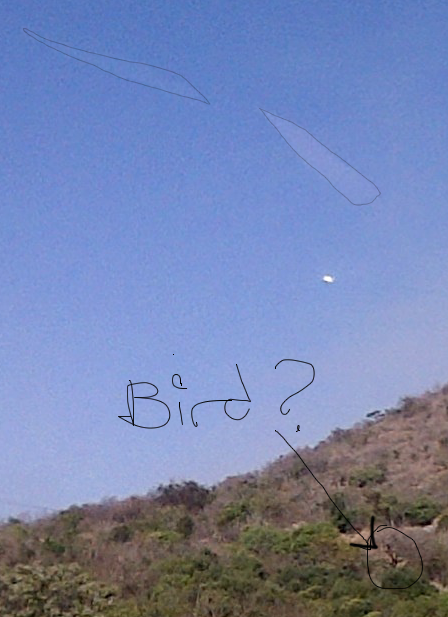 
Looks like a balloon. Can almost make out a tail fin.


Based on what you imply about seeing it later when looking at the picture... that you did not see it when the picture was taken, I would ask that you consider the art of camoflage.

For example, if the bottom of a plane is sky blue and the top drab green... would it be spotted less often? From above it would be seen as terrain and from below as sky to the "human eye". How about a non human "eye"? A camera will pick up objects that to a reasonable person would go unnoticed. Night vision or IR cameras see even more as another example.

That being said I do not believe the object has a sky blue underside. It is safe to assume, if it is not terrestrial, that a form of camoflage would be used whether it is holographic, imitation, or even a technology developed to bend light when viewed by a human eye.

Nice photo, I am sure someone here can look at the flights in the air at that place and time to help you find out if it was a registered flight or a "UFO" by its' definition. Just need place and time.
edit on 28-9-2013 by Volund because: phone typo

gortex
It's hard to tell if its a cloud or a reflection but reflection was my first thought .

I marked all of those in the following image.

Edit: I forgot to say that, whatever that thing is, it looks too bright and reflective to be a bird or an insect.


It does look like an airship, you can see a fin and even what could easily be the gondola, where it would be.

Possibly you didnt see it by eye initially because your brain dismissed it as a little cloud ?

posted on Sep, 28 2013 @ 12:37 PM
link
thats an awsome pic regardless what it is it leave it up to ur imagination to think of all the wondersitcouldbe thanx for sharing

First, I agree with the grand consensus on this. Are you sure your window was infact down? That looks like reflections to me too. (Keep in mind however, i'm not a graphic/photo person)

I see a white ball. Possibly a large white baloon?

But why would aliens hide in a large white baloon??? lol

I forgot to say that, whatever that thing is, it looks too bright and reflective to be a bird or an insect.


And too diffuse to be the moon or reflection from a plane, etc.

Good work catching the other reflections.