With all the other dozens of 'delays' being selectively implemented by the Obama Administration, it might be time to consider one 'delay' that may actually be to the advantage of the majority of American citizens for once.

So far, all the delays have *not* necessarily been to any individuals' direct advantage.

All have been to the advantage of the secondary parties like administrators and businesses.

The House Republican leadership is seriously considering attaching a one-year delay of Obamacare’s individual mandate to the Senate bill to avert a government shutdown, according to senior GOP aides.

If House Republicans decide to go this route, it would all but provoke a government shutdown, since Senate Democrats might not even schedule a vote on a bill that includes that provision, Senate leadership staffers say. Even if the Senate schedules a vote, there might not be time to move the legislation through the slow-moving chamber.

The House Republican leadership is planning its next move as it becomes abundantly clear that Sen. Ted Cruz’s (R-Texas) gambit to defund Obamacare will fall short. The federal government is set to shut down Tuesday unless a new funding bill is enacted, and the Senate might not even send a bill to the House until Sunday — leaving a hot potato on Speaker John Boehner’s (R-Ohio) lap hours before a government shutdown. The Senate bill will fund the government through Nov. 15.

The Democrats need to do something to save face.

The public is outraged enough.

At this point in time, many people are seeing beyond the horizon.

I don't think that delays help because it won't reverse the downward spiral, just delay the recognition of the problem by the people who won't see it until it is in their face.

It plays right into his hands... 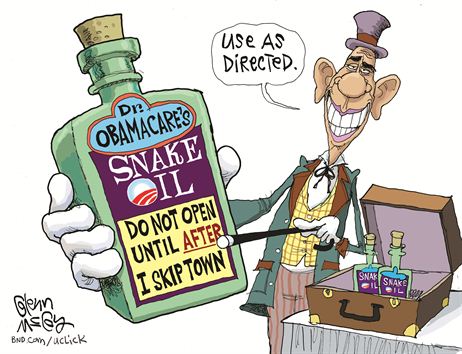