Native American man visited me in my dreams.

posted on Sep, 23 2013 @ 09:14 PM
link
I have dreams almost every night. But I never remember them. I only remember the most vivid. And I have "vivid" dreams maybe once a month? Which later, I will forget them, like right now. If I don't write it down like i'm doing now, I will most likely forget.

I had a vivid, though brief dream last night. Right before I woke up if I remember correct.

Looking like a desert area with dunes. I remember I was talking to someone when this Native American appeared. He proceeded to tell me "blah blah".... I don't remember. (i'm not gonna make something up)

In my dream, some how, I was thinking: "i am so excited to have this man in my presence." I attempt to shake his hand... and hopefully continue our conversation.

Someone called out to the man I was speaking to.
He turned to acknowledge them.
And I was left hanging.


WAKE UP. You know you wake up during a dream when it gets good.

I searched "indian/ native american in dream" and did not find much on google. Kept coming up with, 'Dream Catchers'. Although I did find this:


To dream of native american means you are at a spiritual, mental, emotional rebooting in your life. It must symbolize some sort of closeness with the spiritual realm.

Source
I can personally attest to this at this point in my life.

Yes, that was just chief man-who-leaves-you-hanging, he is such a prankster, always playing with the pale skins in their dreams, pay him no mind.

posted on Sep, 24 2013 @ 02:36 AM
link
This native galatic dancer could symbolize anything, but for you it symbolizes something in particular. if you see him again ask him. Do you have any shoes? because were going to dance to the intergalactic rhythm of love and i want you to be my spirit dance brother, and unlock the secret of the electro step. opining the native dancer within.

I like to entertain the idea that I am getting closer to "the spirit realm" or what not. And I like to think my dream does actually mean something and is trying to tell me something. Who knows... but it is fun to believe.

Anybody know anything else? Sarcasm or not.


I would not have started a thread if the dream wasn't so vivid, and seemingly important. And I don't have vivid dreams often.
edit on 9-24-13 by Mugen because: (no reason given)

posted on Sep, 24 2013 @ 09:41 PM
link
Was the Native American just a native man? Perhaps someone you were just very fond of? Or was he a shaman or medicine man? Try to be 100% honest when answering this.

myn4m3
Was the Native American just a native man? Perhaps someone you were just very fond of? Or was he a shaman or medicine man? Try to be 100% honest when answering this.


I did some thinking, and researching pictures. And this is the closest I could find. In my dream, he was not wearing a headdress. Maybe one or two feathers, I do not recall exactly. 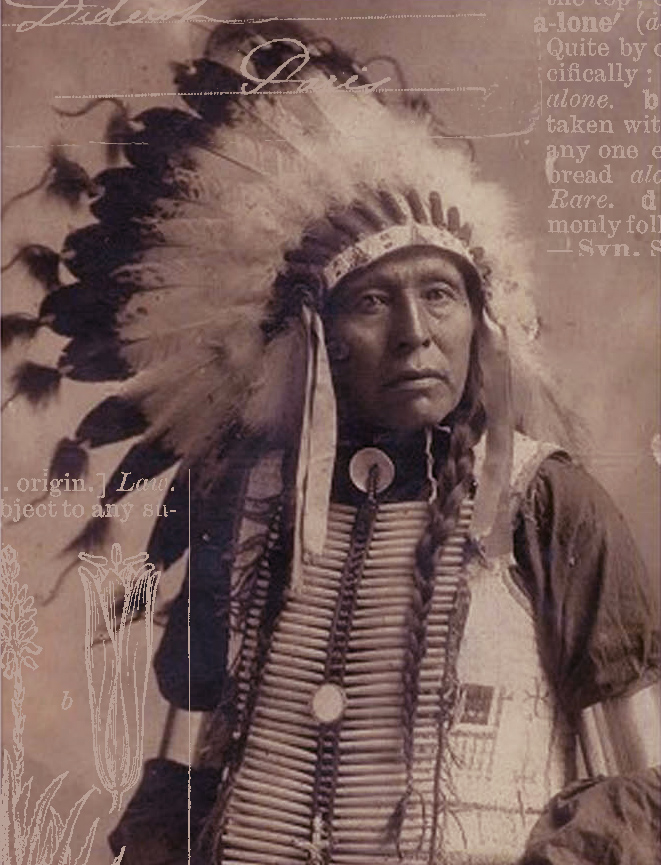 I do not recall what this Indian man was wearing. Michio Kaku is the first name that came to mind. I don't know why. He has a little Native American look to him. If I imagine what it would be like to meet Michio Kaku, I feel I would react the same as I did in my dream. As I would to any celebrity that I admire. Like, "oh my gosh thank you for your time. since you're a celebrity and all, and you're sacrificing you're time to talk to me." And then... the dream ends. I would not say that in real life, but that's what I would be thinking in my head.


Ok..life is a multiverse across infinite dimensions. We all go out of body (Oobe/obe) every single night using our astral body. Accessing the 5th dimension you can meet your higher self or spirit guides etc. Also entities that have important messages to pass on.

Writing it down is important as it helps remembering.

posted on Sep, 25 2013 @ 08:39 AM
link
If you can't remember many details about the dream and you feel it was a very important dream for you, just ask your higher self (God, Jesus, the saints, your spiritual guides, etc..) to help you understand the dream or even for a reboot of the dream. If the dream is important to your spiritual growth (and not for ego desires) you can have access to the information, usually. Just be humble and patient when asking, with little expectation of what you will receive and when you'll receive it. And write down those dreams! The more you do it the easier it becomes to remember them.


Try to call that dream back - and listen carefully to whatever he says. These guys don't like to waste their time. ... and you owe respect.

When the music's over, yeaaaahh...

posted on Sep, 25 2013 @ 10:32 AM
link
Ew that's a good one, can depict reverence for earth the spiritual the mystical one with nature, peacefulness,

unless you feel other wise could represent the savage in you.
or
it was a guide.

Now the sand dune part is important, dunes being in a desert, representing barrenness, dryness, no people, no help, no support

Depending on your view of a desert setting it could mean rest, meditate, contemplation, remember sages went into the wilderness/desert to prepare for their future.

I am guessing the latter, the NA was a guide the direction should be a spiritual awakening, watch for signs, pay close attention to the direction your life is heading/taking you, the signs and the people that come into you life.

Strange things are about to happen.

posted on Sep, 25 2013 @ 10:53 AM
link
Years ago I had a dream I was looking out of m bedrrom window. Then a dragon full of all different colours flew over the house. I then opened my bedroom door to see a man standing there. I asked him why he appeared to me like that and he said he did not want to scare me.

He then went on to tell me something important. I have never ever been able to remember what he said.

The really strange thing was I knew who this man was even though I have never seen this guy in waking life. He was a shaman, thats the impression I got. Its bugged me for years what he came to tell me.


What do you mean by wasting their time? He wouldn't have showed up if he didn't think the op was worth his visit. Op just send out thoughts to him thanking him for the honour of his presence and his patients towards you. He understands how difficult it can be for you to comprehend what it is he is trying to get across . This is one visit you will always remember.

Love and harmony
Whateva
edit on 25/9/13 by Whateva69 because: stupid auto correct

posted on Sep, 25 2013 @ 11:06 AM
link
The only dream I have had with Native Americans in it that I remember, is one I will never forget. I am a little over 1/3 cherokee, so I assume the ones in the dream were cherokee as well. I was in a valley in the appalachians, and these three native americans rose over the mountains, to the south east. Larger then the mountains. The middle one had a large headband, red paint in two horizontal lines under his eyes. The ones on either side had no ornamentation, except small leather pouches around their necks.

The middle one rose both hands in the air, and began speaking. I "heard" his language, but "understood" it in mine, like stereo out of whack. As he spoke, the two others waved their hands and visions appeared. The first was the entire valley was covered with ash, and the elk and buffalo were dying. The second was the entire valley was dry and parched, and fish were dying in dried up streams and ponds. The last showed fresh vegetation, and people clothed in rags crawling around deformed. He looked me right in the eye and said something, which I understood in my dream, but upon waking, when I tried to write it down, I remember nothing of what was said.


I had a few many years ago and yes it was life altering, all I can remember of the one was being in the presence of many NAs in a cave and wondering through the caverns with them.

I mean that when anyone, especially the Old Ones or Ancients speak to you, it is a simple matter of respect to pay attention, listen and hear what is being said. In my experience, if I do not understand the 'words,' asking for a story to show the meaning usually works. Also in my experience, if I am overwhelmed by the contact for whatever reason, they go away, find someone else who CAN get it, and don't come back to me.


Also Note: My advice assumes that the poster/contactee actually wants to hear what is said, not just get attention and an ego boost 'cuz they were 'singled out.'


Had you recently watched Wayne's World 2?

Wow. I haven't seen it recently, but yes, very similar in setting. At least he spoke to him.


Also in my experience, if I am overwhelmed by the contact for whatever reason, they go away, find someone else who CAN get it, and don't come back to me.

How did it go last night? Good I hope, but keep trying even if you couldn't get him back. Also, be careful - these guys have no concept of time or human limitation - burn out is a real danger, alongside malnutrition and sleep deprivation. I've never been able to control the 'process' - they have their own agenda - but setting a few boundaries is possible and can lead to more beneficial back-and-forth communication.


Don't try to force anything, it happens when you least expect it.