At Least 420,000 years ago they killed elephants or scavaged? (Palaeoloxodon antiquus) Probably kill

No I do not work with them but in many parks in Thailand they are there for a photo op or feeding. We even see them downtown on occasion...Poop and all... makes for an interesting motorcycle ride...


Ahhsooo.. quite a picture, dodging elephant dung heaps... or elephants.

Picture a few guys with the Atlatl during a stand off hunt... No proof they were used with this thread but the Atlatl supposedly preceded the bow.


Thanks, I missed the term from Hanslune... Atlatl. Thems deadly in trained hands.

posted on Sep, 22 2013 @ 12:25 PM
link
I'd say these elephants all fell off a cliff or something but the flint tools present in the grave means they were likely hunted for food, ivory etc.

... and if you think 420'000 years ago is an awfully long time for humans to be around see this snapshot from timeline linked up above: 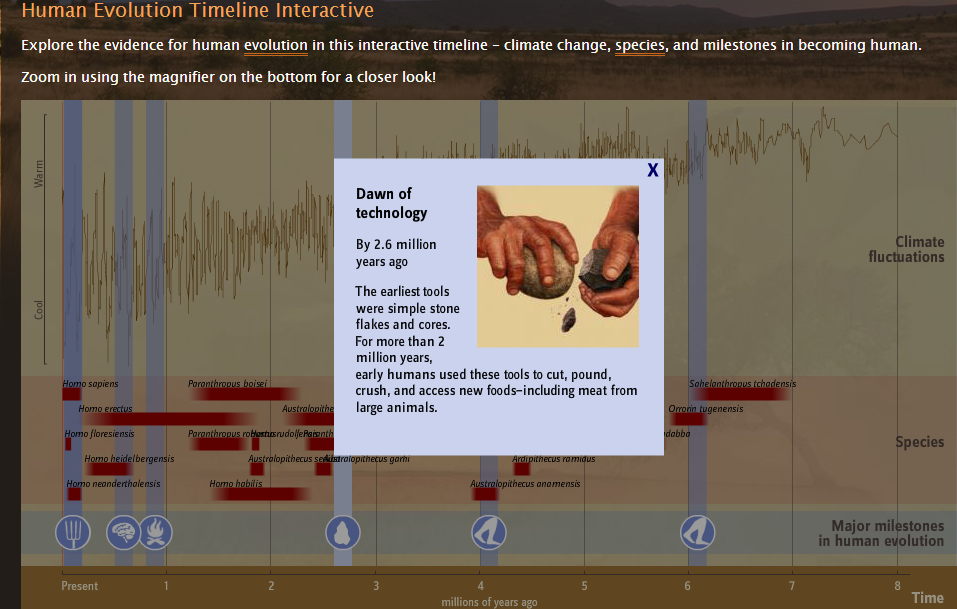 Tools dating back millions of years!

"Early hominins of this period would have depended on nutrition from large herbivores. The key evidence for elephant hunting is that, of the few prehistoric butchered elephant carcasses that have been found across Europe,

I love the way they use the word "hominins". These are more primitive than modern humans? I can't fashion a spear with a stone point and bring down an elephant with it. Does that make me more or less primitive?


No, what they're saying (and not saying) is that this is probably h. erectus, h. neanderthalis, or h. denisovian.

Yes, humans (hominids) have been around for about 1.5 million years (according to scientists) and h. sapiens is at least 100,000 years old as a species. Before h. sapiens, though, there were other humans (Australopithecus, etc.)

It's one of those groups that was working on the animal.

n
Understood what just what they did and Why they did so. So Thank You, but ain't it a Shame how any Tom Dick or Harry is so ready to shoot and Kill Elephants, Tigers, Whales, Sharks , in fact anything that moves and for one reason only.............Personal Profit.

Wrabbit2000
So I can't help but wonder? Just how much is out there to contradict or greatly add to what we know by just such finds as this and other 'happy accidents'? Man hasn't even been deep yet in any sense like this for the soil and time as it's represented there.


Yes, our lack of ancient and even recent history is upsetting

Even our recovered and preserved written records are a tiny tiny fraction of the reality people lived in and often they only cover the elites of the time. Has even been pretty big changes to the history of agriculture in the dark ages within the last decade when some researchers decided to replicate used techniques.

We often seem to find our ancestors were more productive than we thought which is at least reassuring.

Just look at what ants can do, that shows you the true potential of collective force.