Today I have a brilliant beer to present to you all. Ninkasi, Oatis: Oatmeal stout.

I am absolutely pleased with today's selection, in fact I got more than a few 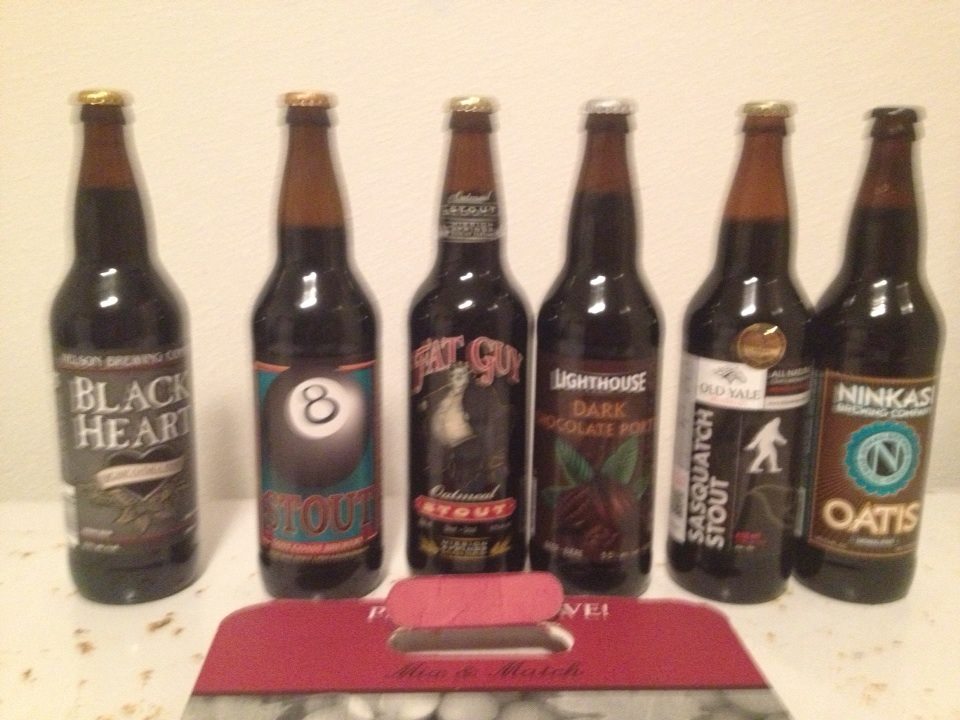 Yes yes, I know the deep freeze looks a little tired( it's about 15 years old still does the trick.) How ever it was the closest spot next to the beer fridge to take a picture.

I'm very excited with the selections, they are from all over the west coast and I will happily be reviewing them all for you.

Today's beer Ninkasi hails from Eugene, Oregon. The company has been around since 2006 and man they have got a gift I will cherish always. For a brewery that hasn't been around that long they certainly have some great brew masters. 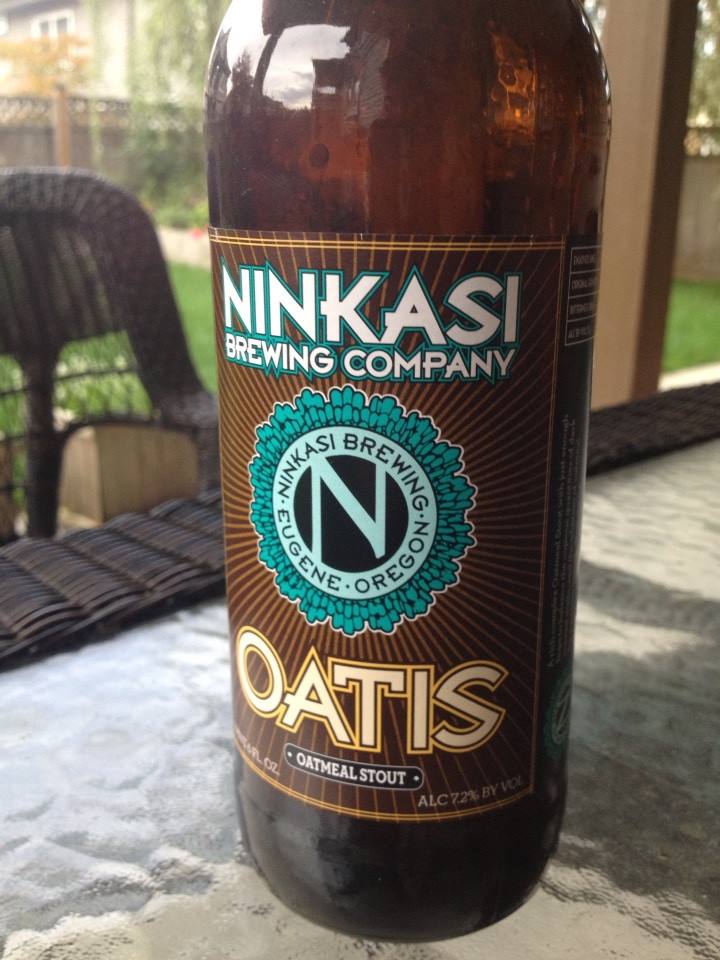 Dark roasted malt, light hops, and oatmeal. These are the few ingredients they were willing to share with me, and a whole lot of heart.

The beer happens to be named after the sumerian goddess Ninkasi who happens to also be the goddess of fermentation/beer. I love the name, and it's certainly fitting of such a fine stout. 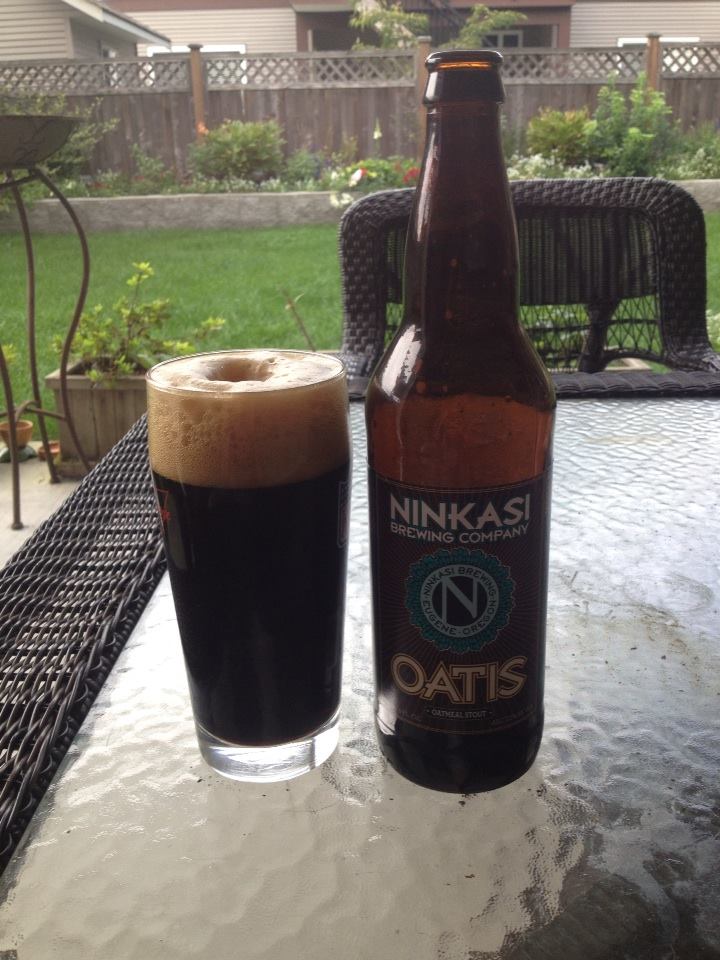 Absolutely breath taking. This stout was smooth as silk, and it very gracefully danced off the lip of the bottle. Blacker than espresso, with a rich creamy mocha coloured head. Absolutely fabulous and oh so inviting. I actually managed to chill this beer just right, and I think it was in part to my eagerness to crack into a new brewery serving my favourite brew. 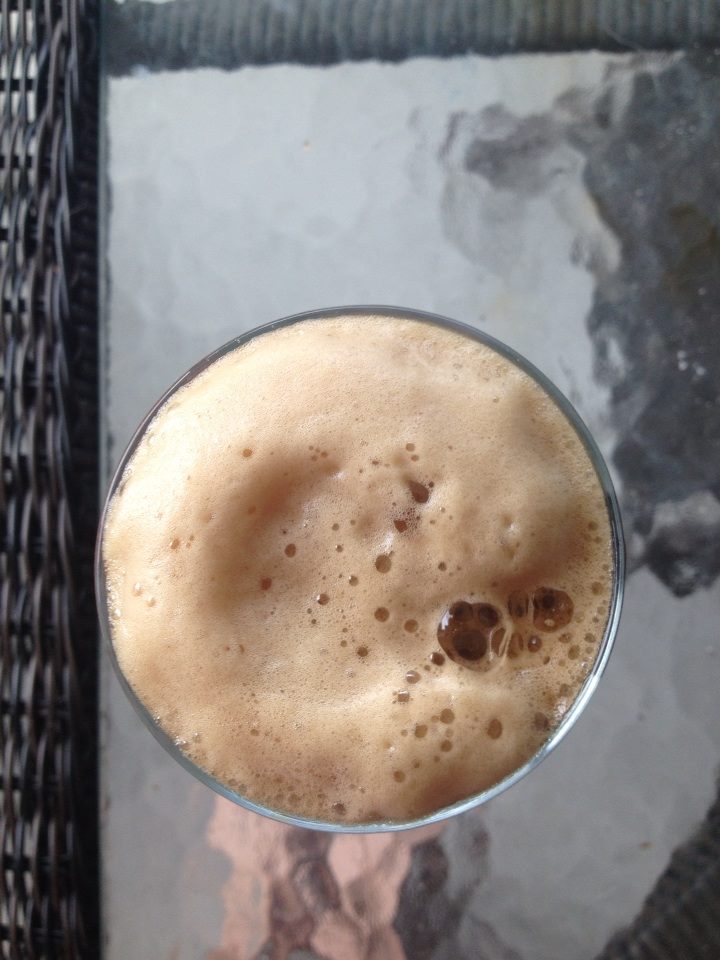 This beer is absolutely breath taking. The appeal with in the glass is picture perfect, the head was excellent. Lightly bitter and very aromatic. Toasted malt, a very minor fruity note from the hops, deep coffee, and a light alcohol smell. The alcohol smell is not surprising as this beer comes in at a hearty 7.2%. It has a hint of sweetness in it's aroma much like a bag of fresh oats does. Very very inviting, and very pleasing.

My first taste had me going back for more. Extremely smooth, coating the mouth lightly. It has a decent bitterness, but it gets you in the mouth rather than the back of the throat like some dark ales do. I find it very reminess of guiness, but with a slightly more coffee taste. It sits very hearty in the stomach, I do not think this would be a beer you could drink a ton of, how ever I'm sure given the opportunity I might. Absolutely heart warming, literally. It warms the body and soul.

I love this beer and would recommend it to anyone whether a well rounded dark beer officianado or a first time adventurer.

It goes great with smoked salmon or lachs!

EDIT: Just don't get the one from Stone Brewery, es no bueno.
edit on 20-9-2013 by MystikMushroom because: (no reason given)


Bottoms up to an enticing review....

I have not, are they good?

If you're a fan of strong beer, La fin du monde is lovely, but I find it sits extremely heavy and the taste can be hard to come to terms with for many. By the same brewery, Maudite which is aptly named after a legend of a riverboatman who takes you to the after life. Trois pistoles, as well the same brewery, or blanche de chamblay. I warn you though, Blanche is a wheat beer brewed in belgian triple style. It's extremely different, and many can not get over it's texture and colour.

posted on Sep, 26 2013 @ 02:53 PM
link
Apparently Ninkasi was the Sumerian God of beer. Lol. I usually go for a Fosters or Bud Lite, but I would dang sure like to try this brew. Btw, have you tried any Japanese beers? I love Sapporo. Kinda expensive though.
edit on 26-9-2013 by gikari because: (no reason given)


hey thanks for dropping by. I have not really had any japanese beer. I actually never gave it much thought. Anything to compare it to?

I enjoy all types. My next review is going to be a lager. A Marzen to be specific


This one looks tasty too. Keep it up!
I'm thinking a few people may be getting a beer basket for Christmas now that I know how some of these other stouts taste. We are pretty lucky around here with the beers people stock, I have seen all of those but one or two locally.


Well, if you're planning on that and want any suggestions I'm more than happy to lend my hand.

I have tried many many a beer, and if you let me know what kinds they tend to drink I could suggest something special they may really like.

I assume you've had some from Oregon's Deschutes and Rogue Brewery?

If you like IPAs check out Pliny The Elder. It meets the hype. On tap at least

I really hope you enjoy the Oatis, I buy it every time I go to the one store. It's reasonably priced so tagging it on my other purchases is never an issue, and when I go for that specifically even better ha ha.


Not sure your location, but IPA's are kind of 'the in thing' here in Cali. I love them. The extreme hoppy ones the most Our brewery's have some pretty great ones. Craft brewing is pretty explosive here. You got another beer you thinking of reviewing?


Yes, I do I just haven't gotten around to doing another one! I had intended to do one every week but like always I bite off way more than I can chew. I got promoted at work, I'm rebuilding two guitars now, have to do the clutch in my truck this weekend. Misses Car needs work. Things just piled up on me and I don't end up doing things I want to. lol. I will try and do one tomorrow!


hey thanks for dropping by. I have not really had any japanese beer. I actually never gave it much thought. Anything to compare it to?

I enjoy all types. My next review is going to be a lager. A Marzen to be specific

If you can get you hands on Hitashino beer, that is probably the better known of the Japanese craft breweries. Their Amber Ale is an extremely good solid beer and the Espresso and the XH are extremely good and are now very popular in the the UK and are gettting betting known in the States.

Yo-Ho brewery are another really top Japanese craft brewery that are worth checking out but I don't know if they are so available in the States. I know that the States are not so good at recognising great beers of both the past and present that have either been the inspiration for the American craft scene or are currently blazing trails.

Coedo are a Japanese brewer that are starting to eek into the craft markets outside Japan but I haven't got my hands on any yet.

And of course if you can ever get your hands on the TRUE EXPORT black Asahi then it's a wonderful dry bitter sweet lager, not too far from a black IPA made with the added crystal malts.

There are also breweries that have started to play with sake yeasts and Japanese hops. The sake yeast can give a slightly toasted rice feel to the malts but with a slight tang, such as the tang you would expect from Brettanomyces yeast.
Check out Nogne-O for the red horizon sake yeast beer.
Rogue, (round the corner from you) have experimented with Japanese inspired beers including a hazlenut one and one made with Soba Buckwheat.
I also know that kings of yeast experimentation Wild Beer Co from the UK are in the process of using Japanese yeasts.

As for smoked porters, there are a tonne of smoked porter that are readily available and popular. The best known over there would probably be the Stone smoked range (including a chipotle and a vanilla one) and the ALaskan Smoked porter which is one of the most popular in the world.
As for British ones, there are too many to mention but some you may be able to find over there are the Brodies Smoked Rye Porter and Beavertown Smog Rocket and Imperial Lord Smog Smoked Porter.
Smoked goes particularly well with imperial strength as it covers the alcohol spike.
They are made the same as any other smoked beer using smoked grains, so essentially all stouts and porters (apart from the odd bright) are smoked just not to the same degree.

As for the beers in your picture, I've only had the Sasquatch, The Oatis and the Lighthouse. The the Sasquatch and the Lighthouse at a beer session and remember very little except the Lighthouse was well balanced between the sweet syrupiness of the chocolate and the dry bitterness of the body of beer, which is hard to do with chocolate beers.
I remember the Oatis as being enjoyable but couldn't find the sweet coating mouthfeel that I love about Oat and Milk stouts/Porters even though I had it at room temperature which is how we normally drink those types of beers over here.