Does anyone know what this Insect is?

I'm seeing lots of new species in my yard the past few years. This is the first one I photographed.

I can't tell if its a type of beetle or a wasp. It doesn't make a buzzing sound when it flies.

It looks different than other insects when in flight. I couldn't get a video of that. I mean its wingspan, or how it moves its wings makes it appear about the size of a quarter, when its airborne.

It flies, but mostly crawls. Very long antennae. Its body is about an inch long. I forgot to add something to get the scale . 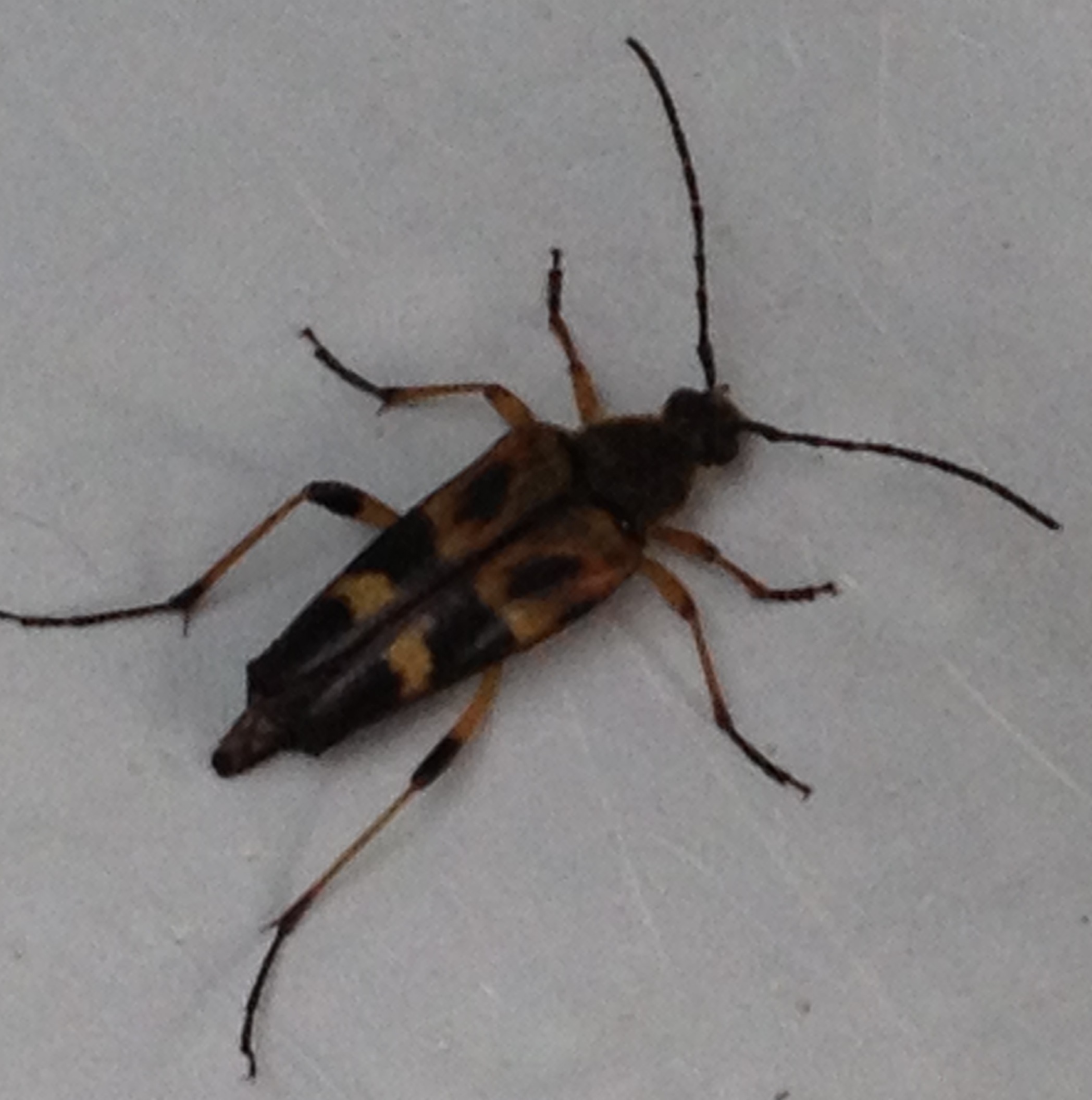 it looks like a beetle of some kind.
I can assure you its not a wasp of any kind.

posted on Sep, 20 2013 @ 04:21 PM
link
Thanks for the replies guys. Until I looked at the photo on a bigger screen I couldn't see it's bottom was beetle like. It looked striped too, until I saw the pic I took.
I thought it was a wasp at first.
Flying Cockroach? Ewe!!!

Is that common for my region in September?
edit on 20-9-2013 by violet because: (no reason given)

Whatever it is, it's quite lovely, in a buggie sort of way. Looks harmless.


I looked that up and it was basking in the sun, so it's not avoiding light. I killed it now. It was crawling into my house.

Brown-banded cockroaches are one of the smaller species of cockroach likely to be found in homes and apartments. Although comparable in size to the German cockroach, they require less moisture and are therefore also found in living rooms and bedrooms. Like most cockroaches, they will avoid light and are difficult to find in the daytime.

I am at home! This was on my back patio. Very sunny today.

I think he meant INTO your home, but if it was stuck to the bottom of your shoe maybe its too late for that, lol.

I'd say that's a type of longhorn beetle. More specifically, it looks like a eucalyptus borer. 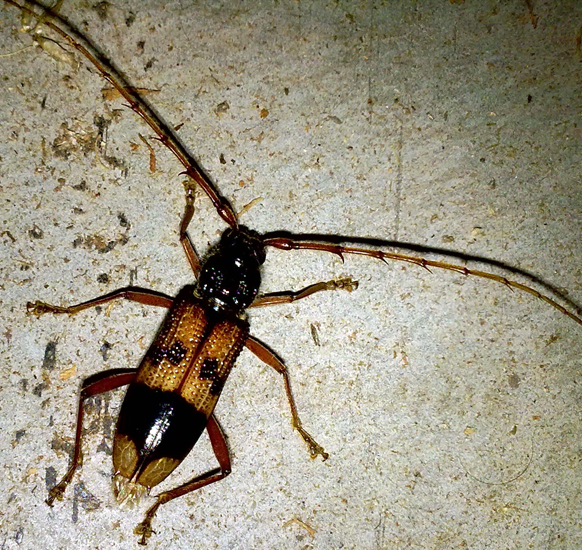 They're originally from Australia (where I grew up) and then spread to southern Africa, and more recently to Sthn California. Strange that they're moved up your way, but they do fly, after all, and over a few years could get up there. Or perhaps they arrived in a load of wood.

I think we have a winner.


Mike, aren't those the beatles that spread the Ash Bore virus and kill Ash Trees???


The climate has been warmer here in September the past few years so my thoughts are this is changing what species come here.


zilebeliveunknown
Damn it Violet, why did you kill the poor thing?

violet
I didn't step on it to kill it. I sprayed it with raid then swept it away. I don't need an infestation of roaches.