Student denied handing out Constitutions on Constitution Day, unless in "Free Speech Zone"

posted on Sep, 20 2013 @ 03:17 PM
link
I don't think this is about any form of free speech censorship, I think it is more about a complacency of the people to not question ANY form of authority. If you watch the video below, the cop barely even knows why he is doing what he is doing and the school administrator doesn't even know why she is doing what she is doing. All they care about is, "must follow authority", "must keep my job", the fact that a student is on campus engaging other students in conversation about the constitution on CONSTITUTION DAY goes completely over their heads.

Administrators and campus security told students at California’s Modesto Junior College that they could not hand out copies of the Constitution to fellow students on Constitution Day.

The attempt by Megan Rainwater and Robert Van Tuinen to hand out copies of the Constitution was shut down on Tuesday by campus officials. They were told they would only be able to pass out the Constitution in the college’s free speech zone, and only after scheduling it ahead of time.

In the exchange that was captured on video, a campus police officer approaches the students and tells them to stop handing out the Constitution.


It’s in Modesto…that’s not surprising.

We have allowed a certain group to shart on the constitution for so long that there are generations of Americans who don’t even know the words or spirit of the document. Many in LE have been conditioned to believe anybody who believes in the constitution is a potential domestic terrorist and a threat to the country. They are only partially correct. We are a threat…….a threat to their tyranny.

We know what comes next if things don’t change soon…we’re already seeing it!! 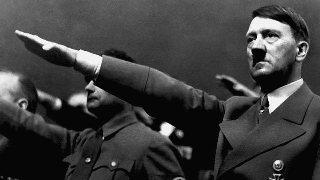 eLPresidente
They were told they would only be able to pass out the Constitution in the college’s free speech zone, and only after scheduling it ahead of time.


The following is my opinion as a member participating in this discussion.
Yeah, 'free speech zones'. Those are in the Constitution. No wonder they don't want them handed out.

eLPresidente
If you watch the video below, the cop barely even knows why he is doing what he is doing and the school administrator doesn't even know why she is doing what she is doing. All they care about is, "must follow authority", "must keep my job", the fact that a student is on campus engaging other students in conversation about the constitution on CONSTITUTION DAY goes completely over their heads.

That's because there is no critical thinking involved in any of the above situations, this is a trend that is definitely permeating the workplace and education due to policies that harm us when we do bring up valid points - this is conditioning.

What I'm talking about as far as conditioning, is someone bringing up a point or asking a question (there are no stupid questions, remember?) and then, instead of being engaged in conversation about it, reprimanded.

Sometimes, this conditioning even leaks out into the general populace in their off hours - dating, friendships, gaming, all of it - threatening to keep us from any kind of free thought.

I'm not joking here, I already wrote a few posts on ATS about my personal experiences involving people who are hostile to others with different perspectives than them.

A lot of times, this hostility is because the person in question is having fun instead of maintaining a strict regimen of Master Race perfection.

Our goal in this country is NOT to be homogeneous. In fact, there are always going to be people who aren't willing to or capable of being homogeneous, especially when being homogeneous involves standards that aren't even achievable by anyone - (which is why I think we have Homeland Security, to eventually start to deal with these people using shady methods)

this is another reason why people just follow along - in some cases, they are being expected to do things with reasoning that is way over their heads, and possibly flawed or even designed to be biased or put extra money in someone else's pocket - but they wouldn't be able to defend themselves against such intellectual elitism.

Think about the police officer - he probably gave up a long time ago on enforcing laws that made sense, so he's just thinking, well damn. I'm not even going to try anymore.


I'll have to admit, this is the first I've ever heard of 'Free Speech Zones'. So what is this law? Do they round up students passing out Constitutions (on of all days...Constitution Day) and herd them to a corner of the city where it's deemed acceptable? I bet this 'ZONE' is heavily monitored by the 'Gestapo'


You have a point here, I've been looking into this idea that Nazis came over to the United States in order to establish a Fourth Reich from here. The Russian Times wrote an article about how the new Master Race is actually not a race at all, but someone believing a certain set of ideas and being held up to a "perfect" set of standards.

Homeland Security is named in such a way that it could be revealed later that this was all about reviving the Homeland of Nazi Germany and people let the name slide back in the day because they thought it was merely coincidental, or a bad choice of wording.

If you think about the Master Race the way I am talking about it, not everyone is going to be willing or even capable of participating in this... game of sorts... so they will have to be dealt with eventually.

It could be as simple to pushing them past their limits and waiting for a few of them to strike back in a violent manner because they are not able to get their views across in a civil manner - this would allow mass arrests to take place in a seemingly justifiable way.

Then all you need to do as the government is blur the lines a little, or a lot, and you can arrest anyone you want. I mean who is going to stop you at that point, exactly? Is someone really going to stand up and say "Hey, you shouldn't be arresting these people" at that point?

What I'm saying here might happen, or it might not, but there are certain elements that certainly seem to be there.
edit on 20-9-2013 by darkbake because: (no reason given)