But, to the topic at hand, I had major surgery on my back last month, they did a spinal fusion at L5S1 using a new technique called inFUSE. The first few days were hairy, and I really wished they made much stronger pain drugs.. but it passed after about 3 days and I was able to actually stand up on day 3, and walk around a bit, day 4 longer, by the time I left the hospital, I didn't need the walker and only needed a cane, which I am still using..

I have been sad that I wasn't able to post as much as I used to, and even get on for that matter, and I am using this little blurb mostly as an apology to everyone that I was gone for so long, I know I notified Heff and got a really nice note from one of the admins about it, but I still feel bad.

But i'm slowly getting back now, and will be trying to participate at least once a week until I get enough strength to sit longer periods

Thanks everyone that I got messages from here and on Facebook, it's meant a lot...


Welcome back & I'm glad that you're feeling better. May you have a continued speedy recovery but take it easy until you're fully healed. If you disappear for a few days we'll all know why!

posted on Sep, 20 2013 @ 04:13 PM
link
i dont know anything about you but welcome back and hope you continue to improve to full function!


As a man who has 2 blown discs in his back. I feel your pain, and I am glad you are on the road to recovery.

I wish only the best of luck and a smooth rehab for you!

I'm sorry you've had a time of it, hopefully your recovery will go smoothly...take it easy, don't push yourself too hard......sending out good (((vibes)))!!!

posted on Sep, 20 2013 @ 08:12 PM
link
Thanks everyone, it's tough, by the time i had finished the OPPT thread, I was limited in what I could do, and it was starting to get to the point that I had tons of work to do and I knew I couldn't finish it. Some members who are friends with me on FB have seen the incredible amount of stuff I had to do, and the fact that Mr Drexler publicly told me to recover and take time off which was nice.

I am now up to one hour a day being able to sit and use my computer, up from 30 minutes last week, so it's getting there..


I am glad your surgery was successful; and you are on the mend! 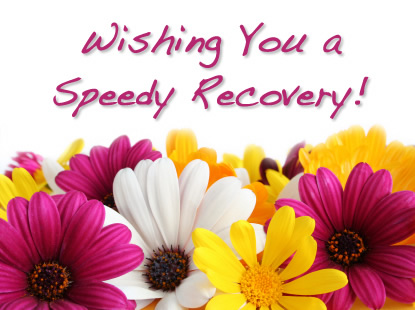 
So so glad to see you on your feet and getting better love!

Keep it up, we have the light left on for you. Don't you ever apologize for taking care of yourself. Besides, it'll just make your posting all the the more fulfilling for me when you return


So so glad to see you on your feet and getting better love!

Keep it up, we have the light left on for you. Don't you ever apologize for taking care of yourself. Besides, it'll just make your posting all the the more fulfilling for me when you return


Thanks a bunch I love al you guys too

posted on Oct, 5 2013 @ 02:21 PM
link
LIttle update for everyone, on Sept 30th my insurance policy was cancelled. My surgeon decided that he would therefore cut me off my pain meds and seeing him again forever, in a very nasty phone call. I scrambled and found out that an old family friend was a back surgeon in MA, he agreed to take over my postop care for free. So I am back on track.

I no longer have to wear the back brace unless I want to use it, and I am back on meds So there's my little update..


Hey, I've been thinking about you....as I hadn't seen you posting.

BOO!! on your insurance and your surgeons attitude.....

But, YAY!!! on your progress and finding alternative care.....


Glad you're back. I was wondering where you had gone off to.
I'll someday have to get something done to mine as well. Not looking forward to it I must say. Now, we have enough members going AWOL as it is.

Not mentioning their names but may rhyme with *Jefficide


I know I'm quite worried Slayer... and that's putting it mildly *hugs*


Glad you're back young lady.

Best wishes for a quick recovery.


Glad you're back young lady.

Best wishes for a quick recovery.


Thanks Beez It's slow recovering, and I have some bad bad days where I am in a lot of pain but... Doctor now says I can ditch the back brace which is a biggie for me..

I have cancer surgery again (3rd time in 7 years) coming up.
I'm not looking forward to that.

Seems that everyone has something going wrong with them ... or someone in their family
is so sick .... lots and lots of suffering on this planet.