NEW YORK (MYFOXNY) - A sweet almost maple syrup-like smell in the air was being reported in portions of Manhattan, Queens and New Jersey on Wednesday morning.

It is not clear where the aroma was coming from.

In 2005 and 2009, a similar scent was reported and traced back to a perfume factory in northern New Jersey.

Back then, Mayor Michael Bloomberg said the harmless scent was the "result of the manufacturing of fragrances and food flavors" coming from the Frutarom factory in North Bergen, N.J. which uses seeds that contain a compound found in maple syrup.

www.myfoxny.com... le-syrup-like-smell-over-tristate
I am sure it will turn out to be nothing, but a little curious at the same time. A little scary to think about all the possibilities it COULD be. My question is, if this were from the manufacturing of food, or fragrance factories in the area, would this not be something that had been smelled before? According to one resident:


On Wednesday, Good Day New York spoke with people on the Upper East Side at 72nd St. and Third Ave. who described what they smelled:

“It’s weird. I’ve been here about 50 years off and on and it’s the first time I’ve smelled that. There are other smells but never that.”


Again, I am sure it is nothing, but as of now, the smell remains a mystery.


It's Canadian invaders having breakfast on the border


The maple syrup event was the objective presence of a particular scent in New York City, and the response to this smell by the residents, various media outlets, and government agencies. Reports of the events are said to have begun in the fall of 2005,[1] and continued sporadically into early 2009.[2] New Yorkers feared the sweet smell was a form of chemical warfare. The scent was eventually traced to its source, a Frutarom Industries Ltd. property in northern New Jersey. The factory processes fenugreek seeds, commonly used in maple syrup substitutes. This source was traced through a collaborative process between the citizens of New York City, the city's 311 system, the New York City Office of Emergency Management, the New York City Department of Environmental Protection, and a working group which gathered and analyzed atmospheric data.

posted on Sep, 18 2013 @ 10:22 PM
link
Since this has happened before did anyone check to see if there are correlations in weather pattern or if the factory is making the same stuff today? strange... but better the smell of the maple syrup than some of the other more common NY scents.

Oh my God, it's Northrax! 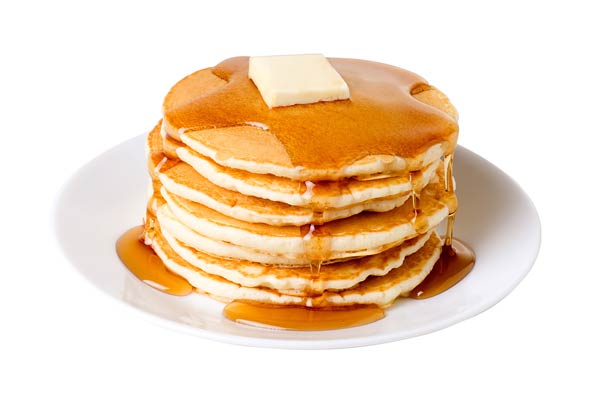 “It’s weird. I’ve been here about 50 years off and on and it’s the first time I’ve smelled that. There are other smells but never that.”

its weird..check the subway..is the smell more concentrated??
its scary if the smell come from below the earth surface..
waiting for expert for this..


In the article in the OP, and the WIKI link I provided, it did mention those possibilities, again, my question is residents would smell this on a regular basis, and it would not be mysterious. I used to live in the area of the Jolly Rancher factory, and we were used to the delicious smells wafting down the foothills over our town. We were used to the smells.


Certain bacteria have a very sweet smell. Could be a bacterial outbreak.

posted on Sep, 18 2013 @ 10:50 PM
link
This is a common occurance in Utah, right as you round the bend between Salt Lake City and Bountiful. There are a lot of refineries there, and it's almost guaranteed you will smell the sickly sweet maple syrup. It makes me gag, and I hardly eat syrup because of that. Definitely not a weird phenomenon.


Apparently in the Tri-state New York area, it is not a common occurrence.


First off all, that was in Hawaii. Second of all, I did not see anything about a molasses spill? I could be wrong, but I did not see that at the 1:40 mark of the clip.
Edit:sorry not Florida
edit on 18-9-2013 by thesmokingman because: (no reason given)


Natural gas may be mixed with other soil substances create chemical reaction ..

posted on Sep, 19 2013 @ 12:01 AM
link
Maybe people are burning maple wood. And there was that fire along the boardwalk. Do the still-smouldering wet ruins smell like maple wood?

posted on Sep, 19 2013 @ 12:35 AM
link
God damnit i told my friends not to dump that tainted maple syrup near the hudson river... When they get back i am soooo gonna have a long talk to them.


So I did some research into natural occurrences of cyanide gas, since it seems like a possible source of the smell. It turns out that blue-green algae can produce it. Just three days ago there was a report of a toxic bloom of blue-green algae on the New York side of the Great Lakes.


I could be way off base here...just thinking out loud.