My best friend, soon to be daughtetr in law died yesterday

The past year or so, Medicaid was constantly discontinuing her coverage for one reason or another. She would run low, or out of her medications, and if we, or her father, could buy them for her, we would. Her meds were expensive, so because of this, her doctor changed her meds to a different brand, that was available in generic, so it would be more affordable if, and predictably, when, Medicaid would goof with her coverage again.

Well, as predicted, 2 months after regaining her coverage and beginning her new meds, which she was still becoming used to, Medicaid once again dropped her. After 3 weeks of spending 6 hours or more per day on the phone, having them hang up on her, oopsie, calling back, endless hold , she was told they indeed made a mistake and would restart her coverage. What was their mistake? Her youngest son, who just turned 11, was somehow reported as having retired, yes, retired. His disability payments, per this alleged report to Medicaid, had increased, because he was receiving SSI now. So, because of this, Medicaid dropped HER insurance coverage AND food stamps!

The undue stress, having to go to the food bank, begging people for rides to go places because she could not drive, worrying constantly about feeding her kids, too proud to ask for help yet again. It all takes a toll on a human soul. The meds weren't working out well, she was having breakthrough seizures. Until she got her coverage back, she couldn't even go see her doctor.

She woke up Tuesday, not feeling well. She had a seizure, but not too bad. My son called her, and she told him. Instead of going to the hospital again, she went and lay down to take a nap. She never woke up again, apparently dying in her sleep after having another seizure.

Her children came home from school and could not get in, the doors still locked. They got the landlord to unlock the door, and her daughter went into the room and found her. I am grateful that she went peacefully, in her sleep, it is how she said she hoped it would be for her. I am so sad to lose not only my daughter in law to be, but my best friend , too. I consider those kids my grandchildren, even though they are not of my blood, they are of my heart.

I am broken by this, there was no reason for this to happen. I am angry at how many people get by, abusing priveldges by the government, but when those that come along that really need it, it is almost a daily struggle for them to get and keep benefits. I am just shaken to the core, I am nauseated, and cannot stop the tears. There was just no reason for this to happen.

Please say a prayer or words for her kids, her dad and mom, her family who did what they could for her. She was a sweet person with a good heart, a young life so needlessly cut short. We won't ever even know why she had the seizures, Medicaid would not allow proper testing for diagnosis, let alone proper treatment.

This is just the tip of the iceberg of what is coming, folks... I weep for us all.

May I offer you my condolence... 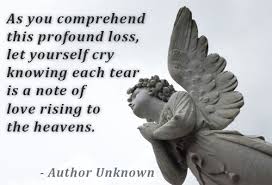 If you need an ear and you wan't it to be private U2U me...This sort of same thing has happened to 2 people I know recently...they also had seizures and were both under the age of 40 yrs. old.


I'm so sorry to hear that. What a terrible story... particularly given that this is a death, and a sadness, that could have been so easily avoided.

I hope some sort of action to prevent this, comes from it at the VERY least.

At least she passed peacefully in her sleep.
edit on 18-9-2013 by Biigs because: (no reason given)

posted on Sep, 18 2013 @ 03:59 AM
link
hmmm that's really too bad. Sorry to hear that it happened. Better she went peacefully than going threw a barage of treatments at a hospital only to maybe end up with the same result only much more painful. But that's why I oftne tell people to try alternative treatments. Many of them are highly effective. Even marijewana is a cure all that actually works. Even Sanja Gupta from CNN agreed. No I don't go see dr's at all. I dont' trust them at all. They almost killed my mother. Frackin bastards. It's actually almost a bit of my fathers fault too. He should have been trying to care for her rather than getting her admitted the hospital thinking they were somehow gonna do something. But anyway, ya sorry to hear about that. We all die though, the only thing is when and how. I kinda want to die in my sleep too. I don't want a painful prolonged death. Like if I got really really old and I could barely walk anymore, I'd just take a long long walk into the woods and try and make it. If I died there so be it, like I'd be super old anyway. At least I'd die on my terms.

God knows you need one.
Don't we all.

You are now one of the lucky few to have one.


I blame the government too.
my dad is very ill and the government is using him as a labrat by giving experiment medication that isn't working but they still give it.

my comfort is that i see governments burn in the future. Burning by their own lies and evil.

posted on Sep, 18 2013 @ 06:24 AM
link
Thank you all for the kind words and support. Some of your posts brought the tears back, but thats ok. There will be many more in the days and weeks to come, I am certain.

Where I work, we have so many patients that come in day after day that have seizures, and so many people don't realize how deadly they can be. Especially if the sufferer is alone when they happen, and has no one there to see to their safety. I think she too, had grown somewhat secure in the fact that they seemed nothing too urgent that she needed to go to the hospital about. Her doctor had warned her, if you have a seizure, no matter how small, go to the hospital, but it had happened so many times, I think she felt herself a burden to people.

It wasn't just once or twice that Medicaid did this. It was literally every other month or two. It would then take her almost two months to get her benefits back on track, for them to find some other reason, some other excuse.

This last time, after adimitting to their mistake, and telling her the benefits would restart in "a couple days", when they did not, she called yet again, and after another 6 hour (not exagerrating here) wait on hold, being hung up on "accidentally", transferred from one person to another, they finally told her no benefits because she was required to go through Child Support Recovery. When she asked what that had to do with her benefits, she was again hung up on.

On tv just now, they said people do worse on Medicaid than they do uninsured. I kid you not. With Medicaid, you may as well be uninsured. We were paying for her meds out of pocket. The last time we saw her was when we were taking her meds to her, and they were 75 dollars a month. A lot better than the almost 400 they were before.

Thanks again, to everyone, for reading my post, offering your kind and supportive words and thoughts. I read and treasured every word. You have no idea what it meant to me.


Thats a bloody travesty! I am so sorry that you have had to go through this. There are really no words. For all the good it may do, you and yours are in the prayers of me and mine.


It does good, believe me. Thank you.
I have been able to do nothing but cry all day. My phone has rung off the hook, all sorts of people calling. I work at night, and was planning on going in, but that did not pan out well at all. My head is pounding, my face is swollen, and the tears just won't stop. I have this nonstop urge to reach for the phone to call her and tell her... things. She was always there, always. There is this huge empty space now...

I feel a loneliness. I already miss her so.

posted on Sep, 19 2013 @ 12:11 PM
link
Just found out, the service will be next Wednesday. Even though she was under a doctors care, and under Ga. Law an autopsy is usually not required, the investigators are requiring one in this case. The home is sealed off, and they are calling the children "victims". Strange..

Anyway... the chaplain at the prison where my son is will allow us to send a dvd, but he will not be allowed to go. If they did happen to let him go, we would have to pay to transport him, several thousand dollars. Wow...

I was exhausted yesterday. Slept all night and half of the day today, back to sleep in a bit for work tonight. Feeling a bit better today, the constant crying has finally stopped. I don't feel like I am in shock anymore. Just sort of numb now.

Libertygal
Just found out, the service will be next Wednesday. Even though she was under a doctors care, and under Ga. Law an autopsy is usually not required, the investigators are requiring one in this case. The home is sealed off, and they are calling the children "victims". Strange..

Did you, by any chance, ask why the investigator was specifically interested in the seizures themselves?

I have some suspicions about some things regarding this topic. I have extremely severe osteoporosis and epilepsy, which is understandably a very dangerous combination (I have broken a lot of bones in the past few years, including hips, spine, etc none of which heal due to the osteo).

I have been trying to get on disability and/or some type of medical assistance due to the insane costs of my ongoing treatment, but with no luck.

Their (the governments) justification was that their doctor didnt agree with the findings of my doctors, and said I was perfectly fine across the board, with "minor health inconveniences." This doctor didnt look at anything like MRIs, Xrays, etc. She just said I "looked fine."

While I think there are a lot of clear issues in this system, I am beginning to think there is something else going on. Has she had seizures her entire life or did they only show up in recent years? What type of work did she do?