posted on Sep, 17 2013 @ 11:45 AM
link
For the first time we have some definitive evidence that the building blocks of life can be formed without the presence of life or outside intervention. It has oft been speculated and theorized by the scientific community that amino acids were somehow created from celestial objects impacting our planet. It has been an equally powerful argument from the creationist standpoint of debunking scientific theories, in saying that life simply cannot be created from rocks hitting one another.

New evidence suggests that perhaps, amino acids can be formed from nothing more than water and the proper amount of heat.

A team reporting in Nature Geoscience this week (September 15) replicated the impact shock of colliding astronomical bodies using a specialized gun to shoot high velocity, steel projectiles into icy mixtures with chemical compositions similar to comets. Hurling forward at seven kilometers per second, the projectiles triggered shock waves so intense that, upon impact, they caused amino acid to form from the mixtures’ basic chemical compounds. The researchers synthesized eight amino acids this way, including glycine and alanine, which are found in most proteins. In other words, as Time noted, “water plus heat can equal biology.”

“Our work shows that the basic building blocks of life can be assembled anywhere in the Solar System and perhaps beyond. However, the catch is that these building blocks need the right conditions in order for life to flourish,” Zita Martins, the study’s lead author and an astrobiologist at Imperial College London, said in a statement. “Excitingly, our study widens the scope for where these important ingredients may be formed in the solar system and adds another piece to the puzzle of how life on our planet took root.”


It makes this guy sound like even more of a loon:

With this discovery, we gain more insight into the possible origin of life on our planet. If life on Earth came from another source, then at least we know that it is possible for this to have happened somewhere else.

The mathematical implications would show that this occurrence is still rare as conditions must be right. However, it also shows it is far less improbable as previously thought. It doesn't explain the theory of evolution, but it does give us a starting point that previously had little, if any, hard evidence to support it.

posted on Sep, 17 2013 @ 11:55 AM
link
Interested to hear both Evolutionist's and Creationist's opinions on this matter.

It's definitely a win for those in the Evolutionist's corner. It doesn't signify that life will undoubtedly occur, but it does set the stage for it to happen.

Not sure that we'll hear a lot of cheering from the Creationist's side though.
edit on 17-9-2013 by ZiggyMojo because: (no reason given)

Life can be created under the right conditions... peanut butter isn't one of them.


Now the earth was formless and empty, darkness was over the surface of the deep

Could a high velocity object cause amino acids to form in a deep body of water? I'm not promoting the idea of God but one has to wonder about the science of this sentence.
edit on 17-9-2013 by Wide-Eyes because: (no reason given)


Now the earth was formless and empty, darkness was over the surface of the deep

Could a high velocity object cause amino acids to form in a deep body of water? I'm not promoting the idea of God but one has to wonder about the science of this sentence.
edit on 17-9-2013 by Wide-Eyes because: (no reason given)


Good point there. I often wonder about the connection between science in religion. If you look at quotes like that and even at other religions like Buddhism, there are some serious parallels with science. What once were considered miracles are many times explained by science later. The observations of those who wrote religious texts were many times very astute in terms of scientific theory, they just didn't always know it

posted on Sep, 17 2013 @ 12:21 PM
link
With more planets in the universe than grains of sand on Earth, it's basically a guarantee that this has occurred naturally somewhere. And with proof of evolution all around us, I feel comfortable saying that this is a very plausible explanation for how intelligent beings came to be. 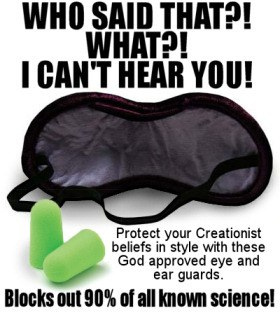 posted on Sep, 17 2013 @ 12:30 PM
link
I must say that I am a little curious about the mixture, because if there is anything more than minerals and water.... Is this the chicken or the egg?

posted on Sep, 17 2013 @ 12:35 PM
link
Panspermia is a much more reasonable answer than...well, certain other answers. It doesn't take any stretch of the imagination to consider a meteor impact introducing the factors necessary to kick-start life.

AfterInfinity
Panspermia is a much more reasonable answer than...well, certain other answers. It doesn't take any stretch of the imagination to consider a meteor impact introducing the factors necessary to kick-start life.

I wholeheartedly agree. I'm just glad we've got some repeatable and verifiable evidence to show that it can happen. While it doesn't explain evolution or exactly how it started, it definitely gives those theories legs to stand on. It has been a major argument point for Creationists for awhile, who always want evidence (ironically enough).

luciddream
Please pick one up.

Science is “the law of the universe”. Faith/Religion is the creator of those laws.

Science can not explain how those laws came to be. The very nature of laws shows an intelligent design.

Being a “Scientist”, you should know this.

It takes more faith to believe that the big bang, space, and time, came from nothingness then from a creator. Then the question is, who created the creator..... wrap you mind around that one....
edit on 17-9-2013 by camaro68ss because: (no reason given)

It takes more faith to believe that the big bang, space, and time, came from nothingness then from a creator. Then the question is, who created the creator..... wrap you mind around that one....

That is the question that I always pose to the Creationist's who ask how the big bang was created.. Generally it's followed by befuddlement. I'm not denying the existence of some omnipotent power, but I will say I think it's a lot more vague than what people believe "God" to be.

The hardest thing about science to understand for most people is the vastness and infinite nature. Even for myself.. I can't wrap my head around it all and I don't think we're meant to. If we knew, then what would be the point of life?

Life can be created under the right conditions... peanut butter isn't one of them.

It baffles me how someone could be so ignorant to think life would spontaneously erupt from a sealed jar of peanut butter..


I gave you a S&F for the article and info . . . but, please take that PB video away before a firestorm starts.

That video spawned a thread for the ages last year, in this forum. There is a whole contingent of creationist/ID'ers on this site that think the presenter is a genius!

As far as the info provided, it's been long believed/hypothesized that the impact of asteroids and comets with the early earth provided the conditions (elements, heat, water) for the synthesis of early organic material on this planet (panspermia), so it's nice when those invested in the study of such find the evidence they predict.

As far as what this means to the evolution/creation thing . . . nothing. Panspermia has been hypothesized for a few decades now and it really has nothing to do with evolution. Evolution is the process life uses to diversify, not it's start/formation/creation. I'm sure the creation crowd will just claim this is not actual evidence, just like they do with Evolutionary Theory . . . or any other fields of science that go against their theology.

Thanks for the article.


Gotta love these "Atheists Nightmares". The Ray Comfort one had me laughing for days..


I'm not sure if you take me for a fool, but I never said it had anything to do with evolution. I explicitly stated it didn't, but it at least gives us a starting point to bridge a gap to Evolution.

I also won't remove the video, in fact.. The whole reason I put the video there is because of the discussion it garnered in that huge thread a year or so ago. The point the guy in that video is trying to make is totally senseless and is further debunked by this newly found evidence. This is the exact evidence that Creationists were arguing didn't exist.. And well.. Now it does

This discovery removes an unsupported/unknown variable from the equation of life.. and it replaces it with some verifiable data.
edit on 17-9-2013 by ZiggyMojo because: spelling