Yesterday evening before bed I was looking through some real estate around my area when I came across something that was kind of peculiar.

A home built in 1955, caught my attention. Looks like maybe some fog or something in the shot. 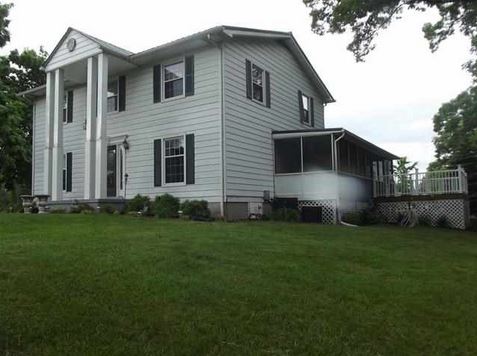 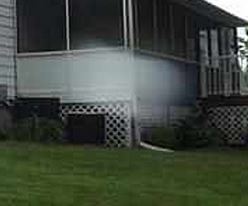 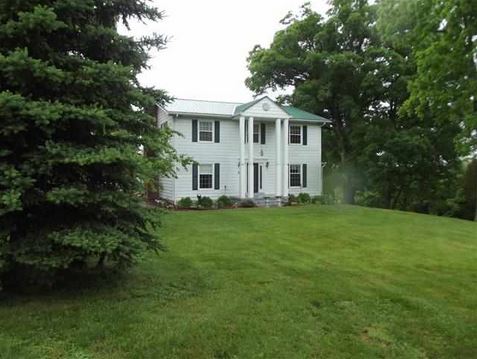 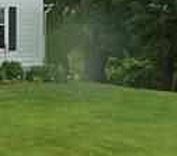 What ever the anomaly is, it appears to maybe be in the same spot? So I am thinking maybe a smudge on the camera but the next series of shots it looks as if the photographer goes inside the home. 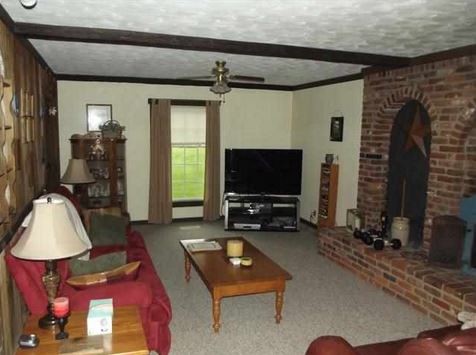 Then back outside to the driveway. 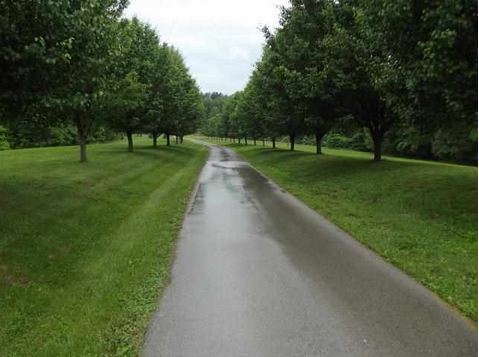 Then another shot of the house, 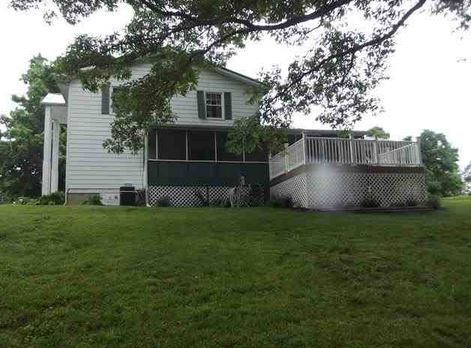 BAM, there it is again! 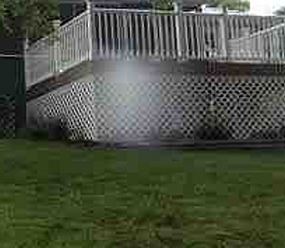 From the pics it looks lived in ... Is someone desperate to get out of this house?

You can check out the pictures of the listing yourself here. Maybe you can find other distortions I missed.

I don't know what to think but I thought it was pretty interesting and wanted to share with you guys.

posted on Sep, 17 2013 @ 05:28 AM
link
It would be common sense to imagine the outdoor photos where all taken and then the interior photos taken. It does appear to be a wet and rainy day.
This gives cause to believe the lense was cleaned.

A house like that has a basement... We all know wha happens in American basements...
edit on 17/9/13 by spearhead because: Toad


Except there are outside shots with no anomilies ... 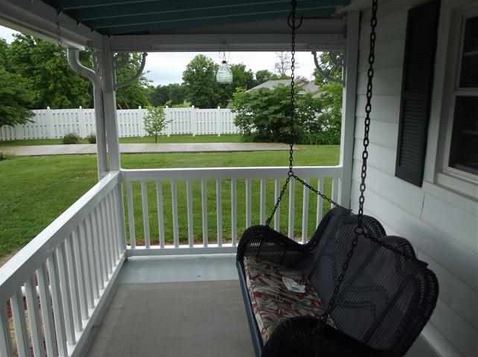 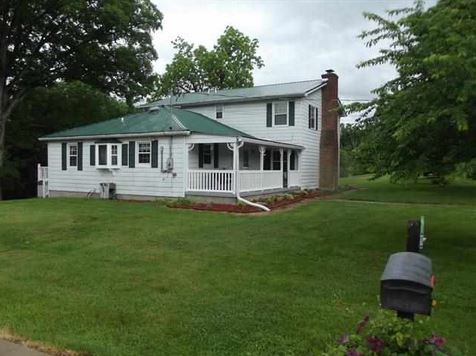 Although, this one appears to be further back then the one above but has some sort of distortion on the roof? 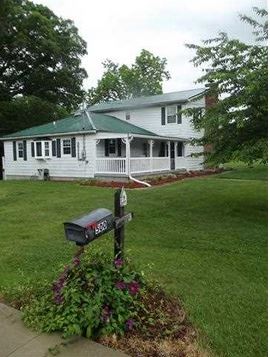 posted on Sep, 17 2013 @ 05:49 AM
link
The photographer took shots outside first. He smudged the lense. Then he cleaned the lense and took more pictures inside. I don't think he caught a spook. But that being said .. spooks are everywhere and it's probably got spooks just like every other house on the planet.


Some states have laws that require the seller to tell the interested buyer if they have had any type of paranormal activity, or any deaths in the house. But you have to ask; they won't volunteer the information.

The price dropping so drastically like that makes me leery. I would for sure be inquiring with neighbors, or people who might have heard stories about this house before buying it.

It's not possible to say for sure if this is a smudge on the camera, or a spirit, because no one here knows; we can only guess.

posted on Sep, 17 2013 @ 06:59 AM
link
Smudge on the lens....i was taking some pics myself a few weeks ago and the top of all the photos appeared to be blurry....A girl i was with was freaking out as her Boyfriend/My best mate died a year to the day i was taking the pics....turned out it was grease or something...I cleaned the lens and the Ghost was gone..Just like that.

If you look at the photos on the real estate site there is a shot taken behind the house. Looks like there is a water drop on the lens. I think the lens had some water on it & they tried to clean up the some of the photos before posting them.

To me that makes more since than a site posting ghostly photos of a house they are trying to sell.


I will second a water drop on the lens. I'm an amateur photographer and I've gotten similar results from water drops. I 100% believe in ghosts though and I do find it quite odd that they dropped the price so much, so who knows! Btw, since I'm in Kentucky, I was hoping this house would be nearby so I could go check it out. No such luck though, lol.


The lattace enclosure on the porch is a bit more reflective then the rest
of the house. Possibly due to a coat of
waterproofing that could result in a finish something like mylar.
Mylar is reflective.
edit on 17-9-2013 by randyvs because: (no reason given)


Water drop or a smudge is the easiest explanation, the series of the pictures though, IF in order actually debunk the drop theory because the pics are taken outside, then inside and then outside again with no smudge on the in between pictures. If however, all the outside pics where taken at one time this still does not explain why some have a smudge and others do not.

I am not advocating the house is in fact haunted or that this is a manifestation of some sort, I simply do not know. I would actually love to take a look around the place but it looks lived in and they may not be appreciative of me running around trying to get EVPs or checking for EMF readings

But what I am saying is that with all the information I have found combined, something does look rather odd here ...

posted on Sep, 17 2013 @ 08:03 AM
link
There appears to be a picture of a women's head in the fourth picture. I can see her nose and her left eye. It might be a smudge but it sure looks like a big floating head.

Her hair is even parted sideways.
edit on 9/17/13 by celticsea because: (no reason given)

posted on Sep, 17 2013 @ 08:14 AM
link
Not to take away from this but I wanted to tell another story and don't really want to start another thread.

There was another house in Louisville, Ky that was said to be haunted. The house was always for sale, everytime someone bought it, a few months later a for sale sign would pop up again, this happened over and over and over through the years. I grew up close by. This is a picture of the house. I have never been inside it or knew anyone that lived there, just kept hearing the stories over and over again. 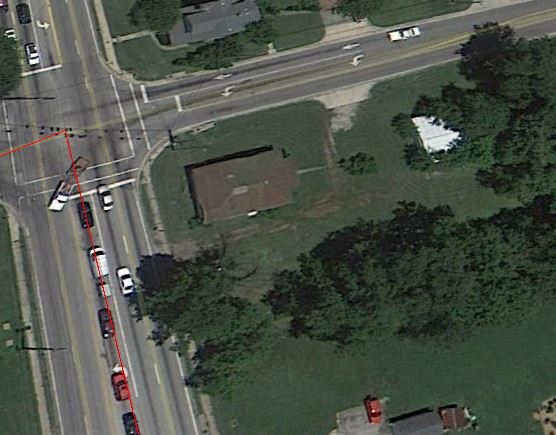 Not long ago, the landscape of the property changed. 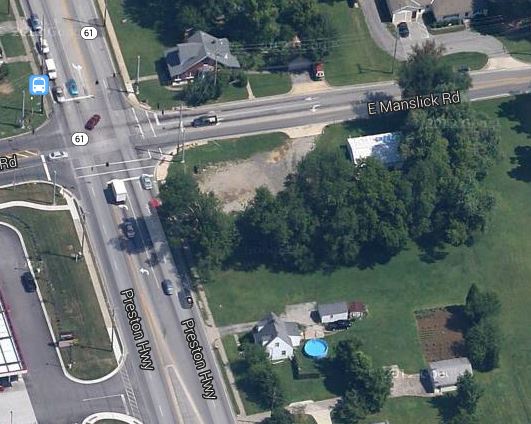 It is now a gravel parking lot that no one parks in ...


And yes, I do believe in ghosts. Yes, I have seen and heard them. In my youth we used to always go to this place before it was turned into a tourist attraction and featured on TV. 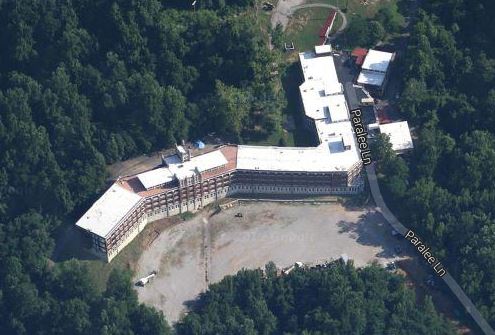 Used to know the security guards that the old doctor hired to watch this place many years ago, we had our run of this place and if you don't believe you have never been there =p

posted on Sep, 17 2013 @ 08:19 AM
link
Very cool pics! No, I don't think it's a camera smudge. Something is registering on your camera.
I don't know if your local but is there any history on the place? 50% price drop is significant.
All houses have memories. Some good, some bad. If they are good, all's well. Bad, maybe not so good unless you want to immerse yourself in the potential goings on. I personally would stay away.
I went looking for a house several years ago. Some I would walk into and get an immediate feeling that the house was not "right" and go on to the next one. Home do have a definite "feel" to them. I finally found a house that was light, bright and warm feeling (we ended up buying it). It does have the occasional indication that something is there from a different plane but never has been threatening so it's ok by me. One day a couple years back, there was a loud "bang" right above my door leading out of the master bed room into the bathroom. It was right on the header and it was loud! The next minute the door handle on my door out of the bedroom started to rattle. More like vibrate!
All's quiet these days so it's intermittent at best but I think ALL homes have some attachments.


I did not take the pictures, they were taken by the Realtor I would imagine as they are posted on the listing for the home.

I am actually from Louisville and moved an hour away to get out of the city but I drive through Elizabethtown everyday on my commute back to Louisville because that is where I work and no, I have never been to this home. Just saw it yesterday while reading real estate listings between where I live now and Louisville.


Nice finding. You dont leve nearby that house too take some pictures of your own.

Too see if the amorelles show up again.

Love ghost's houses. Too bad in the end. They just rip the house Down !


The stars stood out to me as well. I have no idea if there is some sort of meaning in it or maybe they just thought it looked cool


Nice finding. You dont leve nearby that house too take some pictures of your own.

Too see if the amorelles show up again.

Love ghost's houses. Too bad in the end. They just rip the house Down !

Whom ever lived in the house most recent probably has ties to the state of Texas somehow. Probably born there or lived there. 95% of the houses in Texas have a "Lone Star" somewhere on or in the house. Texans have a lot of pride and love flying the "lone star" even if not living in Texas.

Also the 5 pointed star started in the Revolutionary War and was a symbol of defiance. It did indeed stand that there was a male member of the household that was serving AGAINST the crown. This, however, did not last long since the British troops would summarily burn these houses down.

It was widely used in the South during the Civil War. There would be multiple stars depending on the number of family members serving. Some houses had one, some had 5.

In the south you will find that historical homes have kept their stars. However, most newer homes do not adorn stars for the sake of decoration. In the north, homes will adorn stars for decoration because they think it has a Colonial feel to it. 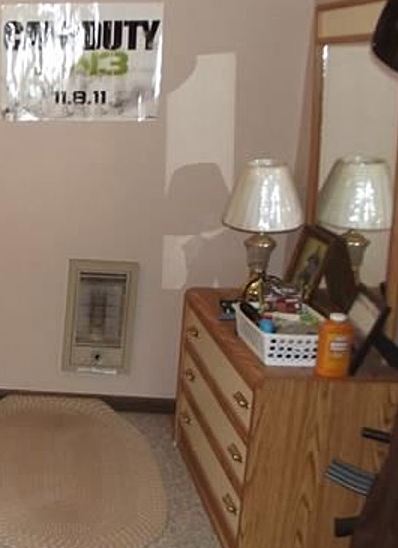 Texans and guns go together like chocolate and milk!!!

celticsea
There appears to be a picture of a women's head in the fourth picture. I can see her nose and her left eye. It might be a smudge but it sure looks like a big floating head.

Her hair is even parted sideways.
edit on 9/17/13 by celticsea because: (no reason given)

edit: thumbnail image is broken but the link works.
edit on 17-9-2013 by UnmitigatedDisaster because: (no reason given)