Two decades after abandoning it, Russia has sent 10 warships behind four nuclear-powered ice breakers to the base on the Novosibirsk Islands, a show of force as it resumes a permanent naval presence in the thawing region.

Looks like the lights are going back on in the far North.

"Our troops left there in 1993, and yet it is a very important location in the Arctic Ocean, a new stage in the development of the Northern Sea Route," Putin told a meeting of Russian defense officials.

"We will not only reopen the military base but restore the airfield to working order and make it possible for the emergency services, hydrologists and climate specialists to work together to ensure the security and effective work of the Northern Sea Route."

The article goes on to talk about the energy reserves up there and how this all plays together for Russian planning.

That brought an older story to mind for me....

That story was from 2007 and the first time Putin ran the Russian Federation. He obviously didn't see the Medvedev intermission as any reason to interrupt long term planning. It's interesting to see how things are developing and he sure isn't wasting time on his own recent foreign policy successes to move into new areas.

We need another Kennedy .....and we get Krusty the Clown on our side of things. (sigh) Well, there goes the Arctic, I suppose. Not all at once...but that's a nice reaffirmation of claims staked in the past.

posted on Sep, 16 2013 @ 10:46 PM
link
I guess the Russians noticed all that NATO activity up their. With the US, Canada and Norway expanding their presence there along with a now regular NATO (with new best buddy Sweden) exercises it was only a matter of time before Russia showed the flag. Of course its mostly symbolic unless Putin is going to yet again try and reform the broken down Russian military. Low morale and massive corruption ruined the first couple of tries.


Not to worry! Canada is developing stealth snow mobiles! No wait... stop laughing and hear me out! We got this!

When the Russians come calling with their nuclear subs, we'll... well... be really really quiet! I'm sure we have contingency plans. Maybe arming polar bears with fricken laser beams on their heads? Either way: Your northern ally stands prepared!

Wrabbit2000
We need another Kennedy .....and we get Krusty the Clown on our side of things.


good find wrabbit i did not hear about this i find the russia planted flag one amusing as at the time it stated if i remember right it compared it with planting a flag on the moon .

i wonder what they could mean by that s & f sir


Yup... A funny little guy with a silly looking mustache kinda laughed at the idea the Russians could or would put up a serious fight, too. Not too long after that, he was eating his own gun while troops from the Soviet Union were literally on the verge of kicking in his door to frog march him to a wall for a quick shooting. (I'm not sure Russian troops would have restrained themselves...).

I think it's true to say that Russia had seen better days and the only place it found glory was the bottom of a strong bottle of Vodka during the Boris years. Clinton had it easy in that way, for his term. Except for the Medvedev intermission? Putin has been running Russia since 2000. He's been building..some quietly, some not...for what amounts to over 10 straight years. Your intelligence is a bit ..dated.....or as disturbingly US-serving as what Obama seems to get as well. That part worries me deeply. He seems to believe it.

^^^^ That's still a lot of money outside our funny money borders. When you consider the Russians have always favored quantity over high dollar quality per copy? That is A LOT of money, with a fully matured domestic arms production capability. What they can't R&D, they steal and copy. Why not? We seem to just about give it away, anyway.

Despite Arms Reduction Treaty, Russia Is Increasing Its Nuclear Capability

^^^^ That would be new subs with new SLBMs to go with them. A new generation of mobile land system with a new ICBM to go with those and of course, new bombers. What would be complete without those? He's upgrading all 3 legs of his triad and with a meaningful hurry about it...while we're barely station keeping our own.

and last..but absolutely NEVER least...A missile system 100 screaming Washington lobbyists couldn't get built through a dozen cost overruns for OUR side.....

The S-500. Oh goody. Whatever they spend to make it, we'll spend 100x's that much for one friggin plane capable of getting past it. I can hardly wait. The Cold War is back.

Some Govt. Minister,,,cough Harper,, must have had a bad flash back


Russia has to commit a massive amount of money to improve its defenses. They are not a good state now at all. None of that spending is going to power projection. Russia simply has to spend more and get some reforms through to defend its own borders that packed with unstable states. Not to mention NATO and China. Russia right now depends on its nukes as its primary defense against invasion. Its defense industry is a mess. It can design new things but, can not build them with any quality. It now needs Isreals help in building drones. Russia has a bloated ground force that does not have the mobility or command and control a modern army needs. Not to mention its soldiers are so poorly treated and payed that desertion or just not showing up for consription is common. Russia has some real problems and they will just keep getting worse. A growing China on its border is a real fear and no doubt why Russia maintains its ties with NATO just enough that when the time comes it can join.


I actually recall hearing about the Stealthy Snowmobile thing.... I don't recall all the details or anything now, but I think USA Today had a write up on it, years back. It's one of those....'Just what are they thinking?!' moments to ponder. Maybe if they worked half as hard avoiding war as they do making better ways of pursuing it...they wouldn't need to invent stealthy ways to turn the arctic into a killing ground too.

Oh...the many reasons I say as much as I so badly want to see and know what's under the Antarctic ice? Not during this period of history. Anything more valuable than bedrock would have another war starting shortly. The one place at least recorded history, doesn't have any fighting happening on this Planet. Seems the only one left.... Even the other Pole that is really just open water with seasonal ice cover (more and more so) isn't immune.

Some days, I really hope Alien species haven't stumbled across us yet. This isn't the first impression we'd want to make if it were a vastly advanced race. 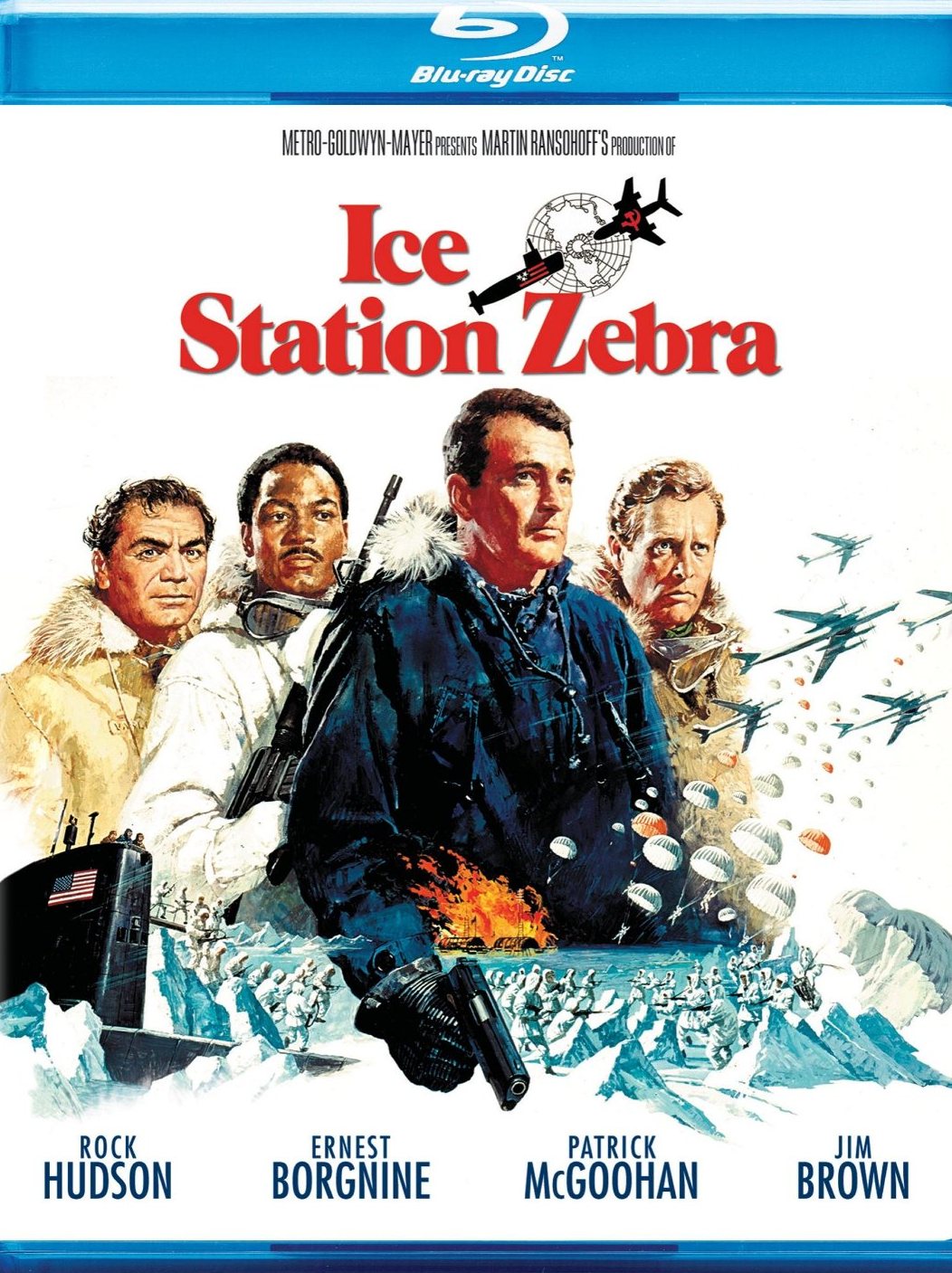 
I think that with global warming, a lot of waterways could open up in the north pole area - in addition, there happens to be oil under the sea beds there. So it is a strategic location with resources as well.
edit on 16-9-2013 by darkbake because: (no reason given)

posted on Sep, 16 2013 @ 11:43 PM
link
I believe that I saw a news report a while ago saying there was more ice forming in the northern oceans this Winter than can be remembered in recent history. Do they even sell the farmers almanac in Russia ? I wish them well, having spent 3 years in the Aleutians, I can only imagine what kind of garden spot "Novosibirsk Island" must be in the dead of Winter! Do the get cable up there ?


China? You talk as if China and Russia are rivals these days. It's baffling to me, because while it's a chat that would have been entirely on the money in years past? It's simply not supported by facts as we see it today.

That was July .. and in case anyone had the wrong impression about who that was aimed at for messaging? The joint war games held between Russian and Chinese forces last month probably removes a large portion of that, I'd say.

MOSCOW -- The Russian Navy will get over 50 new warships by 2016, including strategic nuclear submarines and special operations support vessels, the Defense Ministry reported on Thursday.

“By 2016, the combat strength of the Navy will be replenished with 18 surface warships of various ranks and designation, and also 30 special-purpose and counter-subversion vessels. It is also planned to put 6 multi-purpose and strategic submarines into operation,” the ministry said in a statement.

The quality of new generations of surface warships and submarines being built for the Russian Navy will improve with stronger state acceptance control at the shipyards involved in the Navy’s shipbuilding program, the statement said.

...about that major upgrade of conventional forces? Well, it's in the process of happening. Not a distant maybe or long term plan. It's well along at this point, actually. I'm always confused by the folks describing the Russia of years past or the China of more than a decade ago. Both nations are moving in years, what it's taken others a decade or more to do in each phase. Both are making major advancements while the US stagnates, generally speaking.

This attitude of military exceptionalism to the point of overwhelming superiority to everyone on Earth IS the type I think Putin is talking about and openly mocking, and it IS what cost Germany World War II, to seek a recent comparison of where this thinking and action leads, IMO.


This is an AWESOME cold war era flick! I just watched it the other day! Nice post and thanks for that theater
poster ! ! Patrick McGoohan play one hell of a spook !


lol.... Well, I guess the Russians like it cold. I imagine they rather have to, given what they normally have to live with a fair part of the year.

I do think reports of global climate change in long terms is a little....hasty. People making plans on open waterways could find changes are as fickle as luck in Vegas. Nature can taketh what she giveth. Right? (Sounds like your time up in that part of the world saw that first hand for harsh conditions)

* BTW... no..they couldn't even get Sirius radio. lol.. Poor guys. I had a chart for where the satellites covered, with my truck being all over a continent for trying to keep good coverage on a cheap antenna at first. They'd be far far north of the edge of anything decent. DVDs?


Not to worry! Canada is developing stealth snow mobiles! No wait... stop laughing and hear me out! We got this!


hahaha my Fire Cat and Artic Cat look way more stealth than that! Is that thing from like the 90's? What about that huge Canadian flag and bright yellow paint job as well!
edit on 9/16/13 by SixX18 because: (no reason given)


If the russian military is such crap, and they can still sneak into the middle of US naval exercises and make the US navy look like idiots..... Well what would they look like at the peak of their game?
edit on Tue, 17 Sep 2013 00:04:13 -0500 by TKDRL because: (no reason given)


"People making plans on open waterways could find changes are as fickle as luck in Vegas." actually i was thinking more Napoleon, or Pappen.

Thanks for the belly laugh! You have that right! I guess there's always NETFLIXSKI ! I imagine in light of the global warming hysteria that people forget that it's all still just a "theory" modeled on VERY flawed data. I like the colder weather myself anyway, it's better for the allergies ! Cheers !