Must See! incredible photo of the airborne frog when the launch of NASA's moon-bound 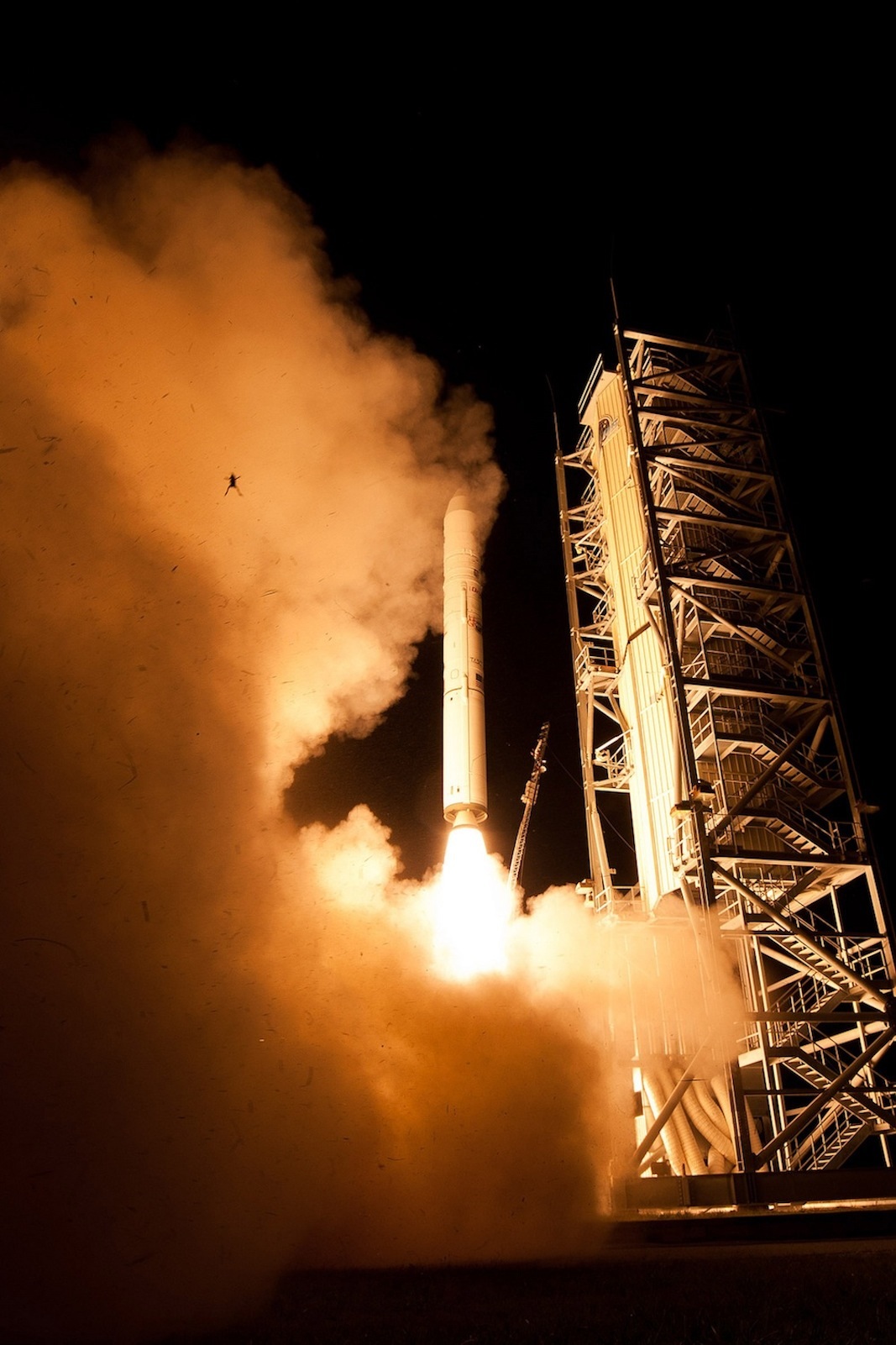 An unsuspecting frog went for a bit of a wild ride last Friday (Sept. 6) when the launch of NASA's moon-bound LADEE spacecraft sent it skyward amidst a plume of smoke. Look closely: The frog can be seen to the left of the rocket, against a background of reddish-orange smoke released from the Minotaur V rocket.

A sound-triggered still camera set up near the launch pad captured this incredible photo of the airborne frog during the launch from NASA's Wallops Flight Facility in Virginia. The agency's photo team confirmed the image is real, and was captured in a single frame by one of the remote cameras. But as for the poor frog? "The condition of the frog, however, is uncertain," NASA officials said in a statement.

Source : www.space.com...
Pin It Credit: NASA/Wallops Flight Facility/Chris Perry
edit on 16-9-2013 by cheesy because: (no reason given)

Is that Kermit trying to hitch a ride to Hollywood?


One small step for Man ... a giant leap for Frog kind


One small step for Man ... a giant leap for Frog kind


Kinda makes me think of the movie "Magnolia".
It's Rainin' Frogs!

posted on Sep, 16 2013 @ 04:10 AM
link
Please use search. This has been posted numerous numerous times. Original thread here: