The United Nations has launched an investigation into the 'suspicious' looking videos presented as "evidence" of a chemical weapons attack by Barack Obama, John Kerry (AKA Kohn), et al.

This as a pretext for an unprovoked (and hence illegal) war against Syria. Though the so-called Syrian opposition (terrorist mercenaries) appear to have had a chemical accident of some sort in their underground tunnels, the photos and video presented of the supposed attack by the legitimate Syrian Army have been confirmed FAKE by the United Nations. [b]

There is also incontravertible evidence presented here thet Kerry (Kohn) and Obama DELIBERATELY AND KNOWINGLY presented fake evidence to Congress and to the American People. This a criminal act in support of war crimes. All available evidence indicates that the "chemical weapons" attack in Damascus, Syria, is a manufactured fake, like the Boston marathon bombing. What is even more shocking, it appears that these two events are linked. Both are also bear incriminating connections to John Kerry (AKA John "Kohn").

You be the judge people...found this video to be very interesting. How many more lies are they gonna try to shove down our throats?
edit on 15-9-2013 by Beatbox because: (no reason given)

OMG these warmongers are total liars? Wait a minute, Kerry even helped coordinate the attack? He looks like a mummy, does that that symbolize the dying PAX America as Pax Judai rises?


John Kerry's grotesquely smooth, now featureless face is a great example of what happens physically to a person when evil is consuming their soul: 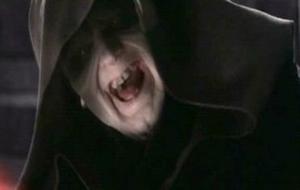 This is not the first time footage from Iraq has been recycled either. That war was a great photo-op for atrocities. Isn't it ironic that when we want to convince the American people about the horrors of other dictators, we show them photos of our own war crimes renamed?


I'd hope for a little more than prosecution for lying in support of war crimes. Like maybe prosecution for serial war crimes—you know: a long-established pattern of committing war crimes. Plus, maybe, conspiracy to commit war crimes, just on principle, to maybe add a few more centuries to their incarceration....


John Kerry's face is a great example of what happens physically to a person when evil is consuming their soul.


Wow you're not kidding.. What the hell happened to his face?? Seriously, he doesn't look right. His face.. it's disfigured and puffy. He looks like he got plastic surgery cause someone completely beat the crap outta him or something...

posted on Sep, 15 2013 @ 02:17 AM
link
People are going to try and debunk this thread simply because it is Press TV. The Iranian news channel. I would like to see this from other sources although I have no axe to grind with Press TV.

posted on Sep, 15 2013 @ 02:25 AM
link
I have said this from the start but this doesn't change anything unfortunately.
Kerry, if anything, will be given a cushy new post for his loyalty with some world polluting corperation, albeit not quite as cushy as it would have been had he succeeded in his ruse.
'Murica will still get its war with Syria because thats what Kerry's owners want and what they don't want is a strong, vibrant independant country that has no need for the U.N. or it's I.M.F. Troika.
They want a central bank they control in every country and if any of the slaves have a different opinion on the matter they'll be branded "terrorists" and either droned by Barry, murdered by the FBI or disappeared in a FEMA camp.
If it were at all concievable that Kerry would be held liable for what he's done, Obam-bam would have been impeached shortly after he was given the Nobel Prize. Bush, Rumsfeld, Rice and Cheney (to name but a few) would die in prison and all royalty & Redshields everywhere would be strung up by their necks and left to swing in the breeze...but what do I know.


He also reminds me of Elite British scum the world should have "surgically removed," long ago. They want to surgically remove chemical weapons? Maybe a third party country can help us surgically remove the cancer that is corrupt dual citizen politicians. Someone needs to invent a war crimes court and have a cyber court session, evidence can be brought forward and patriots can actually make a verdict. Then put out a citizen's warrant for their arrest and sentencing.

The Chemical Attack Happened.
Multiple sources from all sides confirm that it did.

Syria admits it happened and that they have Chem weapons, but blame the rebels for the attack


Three days after the attack, medical charity Medecins Sans Frontieres confirmed that three hospitals it supports in Damascus had treated about 3,600 patients with "neurotoxic symptoms" on the day of the attack. They said 355 of these had died.

Medical experts said large numbers of patients displayed convulsions, pinpointed pupils, excessive saliva and difficulty in breathing - all tell-tale signs of nerve agent poisoning thought most likely to be sarin. They were treated with atropine and other known antidotes, which the medics said worked in many cases, despite the hospitals running out of treatments.

The Brits and the French investigation -

The British government made public a UK Joint Intelligence Committee (JIC) assessment into the attack on 29 August, in which it clearly stated a chemical weapon attack had taken place, saying it was "highly likely" the Syrian authorities were responsible.

On 2 September the French government released a declassified summary of its intelligence on the attack, as well as assessments of video footage.

It concluded that there had been a "massive use of chemical agents" against civilian populations, that "the launch zone for the [delivery] rockets was held by the regime while the strike zone was held by the rebels", and that only the Syrian government had the stock of chemical weapons and the means of delivering them

posted on Sep, 15 2013 @ 05:46 AM
link
The lies just pile up. Here is a fake researcher that Kerry and McCain used as a reference to fuel further the Syrian war.


Elizabeth O’Bagged : The Syria researcher whose Wall Street Journal op-piece was cited by Secretary of State John Kerry and Sen. John McCain during congressional hearings about the use of force has been fired from the Institute for the Study of War for lying about having a Ph.D., the group announced on Wednesday

Everything that come out of their mouth is sickening


How about a link to where the UN confirmed it was fake? I can't trust a youtube video and external text that tosses in that the boston bombing was fake out of nowhere. I'm calling hoax until I see UN confirmation as is stated.


The attack happened. It was the rebels though. So far the most ib depth piece I've read came fron the russians and it showed the rebels as the attackers. It even explained the gas was "kitchen sarin" and had it been weapons grade (as that of the Syrian regjme) it woukd have crystalized on the hair and fibers of the bodies and then re released as they were moves killing the first responders. Also they found pri mitive delivery system debris. And finally several opposition fighters have been caught with sarin.
Also the death toll is more likely around the original media number of 400 and that is closer to the numver given by doctors without borders.


Wow! Russia Today has become desperate in it's reporting. We all know that the picture was from Iraq, but the administration reviewed over 100 different videos to support the fact that there was a chemical attack and the U.N. inspection report and the Human Rights Watch report both reflect as much too.

By the way, you don't even see Assad denying that chemical weapons were used. You only see him denying that it was his regime who used them.


Whose denying syria had CW's? The issue is about John Kerry and the lies/misuse of the photos that were shown. Please stop trying to spin the thread...this goes for flyer fan also...lets stay on topic. Why would they use photos from Iraq but present it to the public as if they were from Syria...


Why would they use photos from Iraq but present it to the public as if they were from Syria...

This isn't the first time this has happened. Obama's administration has accidentally done this before.

Sometimes journalists have posted others' photos or old photos to their newer articles just to have a photo, but Obama's team never makes sure where they actually come from before they re-use them. They just expect that journalists are using recent and legitimate photos, when they don't always.


The thing is, if you watch the video, Kerry described the photo in detail..if that doesn't raise questions then I don't know what will.

Are you saying what they are doing is OK? Nothing the govt does is by accident...please don't go there and make excuses for these people. They are lying to us..with a straight face!!!
edit on 15-9-2013 by Beatbox because: (no reason given)

posted on Sep, 15 2013 @ 11:31 AM
link
Ya know, when I read "confirmed" in the headline, I assumed that it meant that the OP would present some evidence to back the confirmation.

Alas....just another youtube video and no sources. This is why I havent been using ATS too much these days.

Ill take the word of Doctors without Border (as impartial a group as there is in the world) over some schmuck who makes a presstv youtube video (and one that has been edited for effect, at that).
edit on 15-9-2013 by captaintyinknots because: (no reason given)


You people kill me with this YouTube video nonsense..like the MSM is telling us the truth...what exactly are you disagreeing with in the video? Lets make it clear, please!!!
edit on 15-9-2013 by Beatbox because: (no reason given)