This is the picture Phil Schneider presented showing a humanoid alien with his father.

posted on Sep, 14 2013 @ 03:00 AM
link
I lightly dodged the neck area to see if I could bring out the area where the neck actually meets the jaw.
God damn, can anyone honestly say this dude has a normal neck?
The thing is massive! 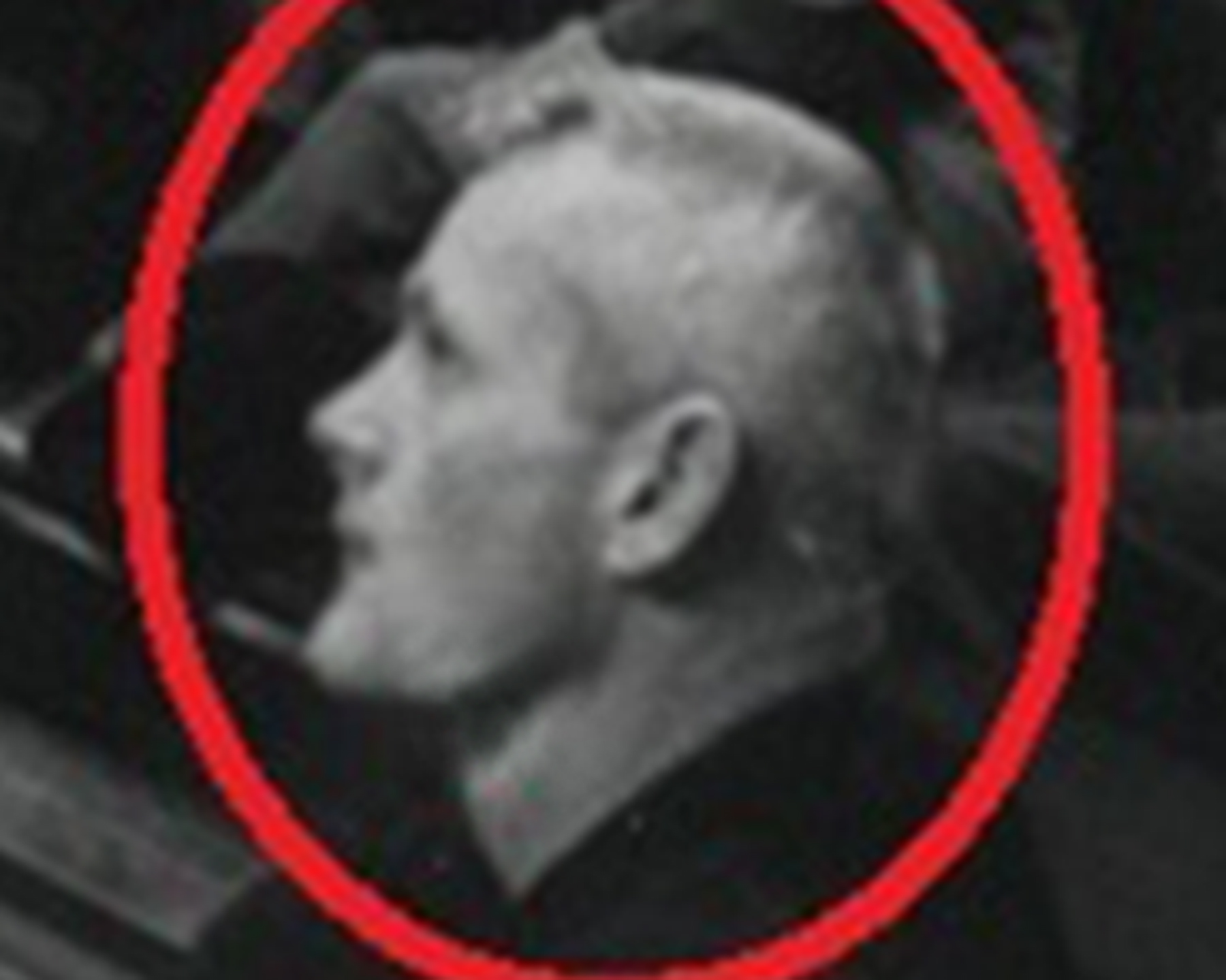 GeneralChaos
I lightly dodged the neck area to see if I could bring out the area where the neck actually meets the jaw.
God damn, can anyone honestly say this dude has a normal neck?
The thing is massive!

I think the hand is odd too. Look at how long that thumb is. 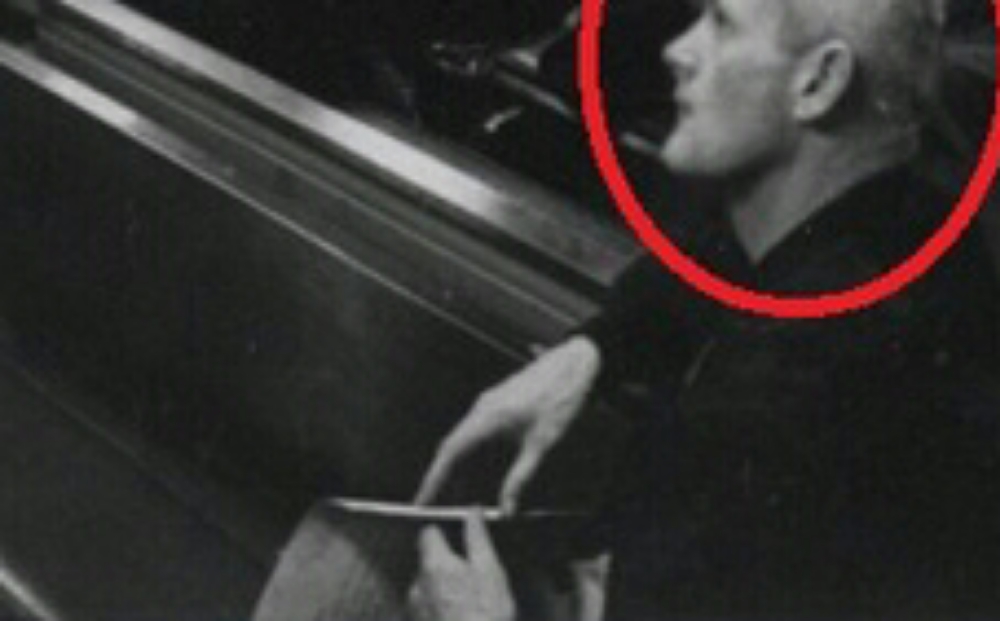 
Ohhh I totally agree.
I would love to get my hands on a full res copy of this.
If nothing else than to try and zoom in on the words on that document he is holding.

I also wonder why a quick search of "Val Valient Thor" turns up a bunch of pictures of a completely different person?

posted on Sep, 14 2013 @ 03:42 AM
link
Here's a picture of some of the most notable nuclear scientists of the 1940's. Schneider mentioned they were in the room as well.
(From left to right) Ernest O. Lawrence, Arthur H. Compton, Vannevar Bush, James B. Conant,Karl T. Compton, and Alfred L. Loomis). 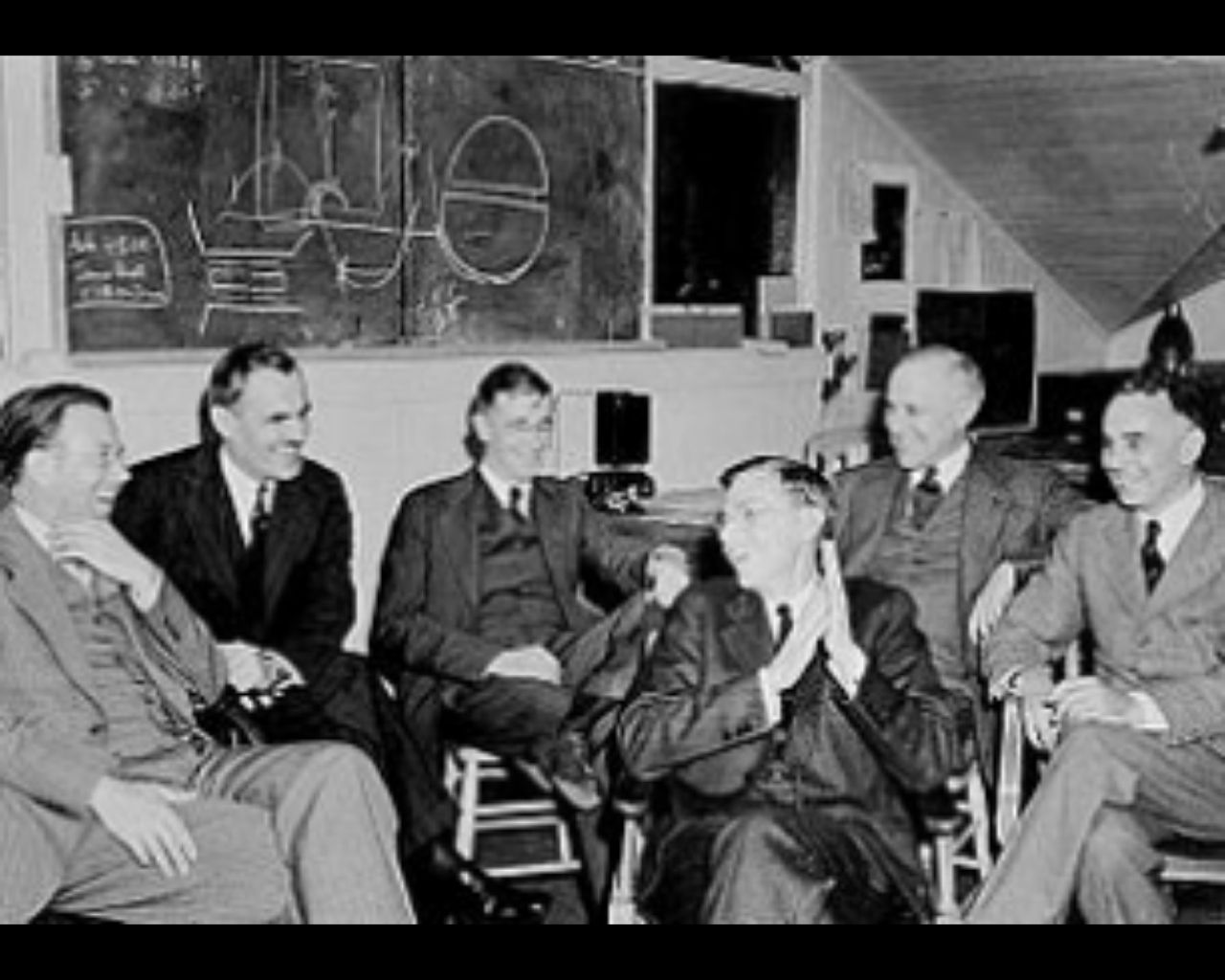 
Winofiend may I just explain something? I don't pretend to know the whole story on Phil Schnider or the his alien siting by his Father. However you have made a very valid point which I noticed and wanted to chip in.

These days and it was probably no different then, Aliens try too hard at being like us. For instance a Doctor I met called Dr Ward. I know full well is an alien disguised as a human. Another one called himself Dr Chamberlain after a character in a very popular tv programme at the time. I know it sounds ridiculous, but believe me it is true. I'm not talking about us humans, who may have been unfortunate to have a surname or even a Christian name that makes us cringe and you think poor bugger, what were the parents on or thinking when they named their child?

Look at high profilers and you decide. I could name lots of them. Their names seem to suit them. Kind of like 'the cap fits' kind of name. Look at RIchard Dawkins. We talk on ATS about aliens and UFO'S all the time, but the truth is more closer to home than you might think.

Another example is Professor Brian Cox. He is always laughing off suggestions of aliens and UFO'S. Has that man aged since we first saw him on tv? He still looks the same as he did 20 years ago!

They all appear to be how we expect them to be. In fact I am surprised no one has looked in to this. I certainly don't have any interest to do so. 1. because I already know and 2. I already have a creepy bunch of Doctors working around me. 3. they know that I know. Lastly one of the Doctors I know of has recently changed his profile pic on his website, from immaculately dressed, super slick handsome Doctor, to handsome Doctor with his hair a bit wispy, close up with more human looking frown lines and bags under his eyes! I mean it is still a nice pic of him , but he looks more softer. Hard to explain, but I am really trying hard to get my point across.


Looks like a human dude to me aswell. The thing on his forhead, seems to be the hand from the guy behind him or the "aliens" hair. They all had that nice looking hair due back then.. It deserves to come back, it looks cool with a nice suit.

Also in the picture no one is looking at the supposed alien. If an alien was in the same room as me, I would not take my eyes of it.

You're right he did not show any actual proof other than metel samples. Which could be anything.

However in related to aliens. He mentions what it would take to bring those towers down. In the form of melting. He made this comment in 1996.

But what I felt like it came down to was not so much about alien with LARGE FEATURES. man if they take over I'll have no chance at a date ever again!

He was angry with the system of Govt. And was speaking out.


Seeing that square jawed, powerful, vigorous looking figure surrounded by the human equivalent of triple coated double sweet doughnuts makes him look unique. However, you stick that fellow in a group shot of modern Marine Commandos or for that matter any other bunch of tall, solid looking types, and he would probably look regular.


A friend of mine got big hands aswell, the dude's a natural piano and guitar player because of it.
They dont seem overly big to me. I would even say I have seen people with bigger hands than that guy.

Same goes for the neck. The guy in the picture looks like he is quite buff. Here in Denmark it would be directly translated as a "bulls neck". Not exactly something that stands out to me. Sorry.

Edit: as the posted above me said. The guy looks like a marine would look. Buff and big
edit on 14-9-2013 by needlenight because: (no reason given)


There would be none that could ever satiate you I am afraid.
Time to run along and let the grown ups finish talking.

Grown ups
The only grown ups in this thread are the ones questioning this dubious Phil Schneider story , is Val Thor a master of disguise as he seems radically different in the OP picture to the other pictures of him . 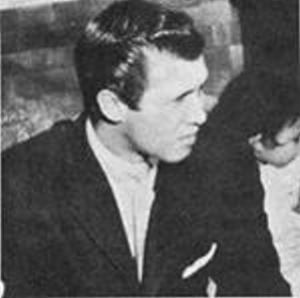 posted on Sep, 14 2013 @ 04:52 AM
link
So the photo in question does not contain a grey,blue or reptilian as Schnieder has described he's came in contact with. So this is a Nordic Alien perhaps?