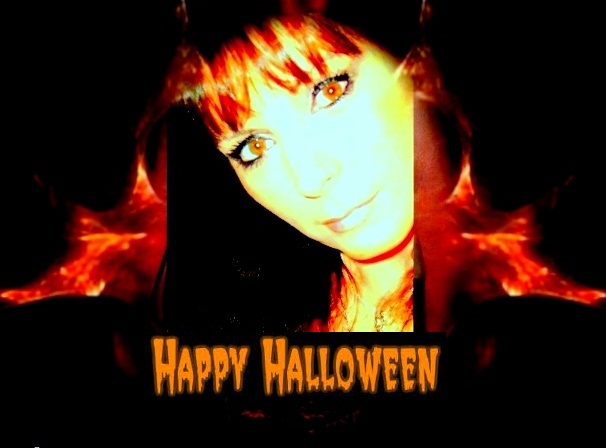 Well...it's that time of the year again....time to have fun and be whatever we want to be! I love Halloween, and even though I'm an adult (depending on who you ask LOL)...I STILL love dressing up for Halloween!

So wake up your inner child, climb into the attic..... (but watch for ghoulies hehe)...and dust off those costumes you forgot about! I want to see creativity!

I did this back in 2011 and WOW we had some greatness in the costume department...I mean waaaaay more than what I was expecting! If you want to check it out, here's my thread from 2011....
www.abovetopsecret.com...

If you aren't the costume type, you can post anything "Halloweeny"....however....no gore or anything that violates ATS's T & C...because my thread could be shut down....

and if my thread got shut down, I would get angry....and you wouldn't like me when I get angry....hehe....see below

Step one for costume makeup LOL 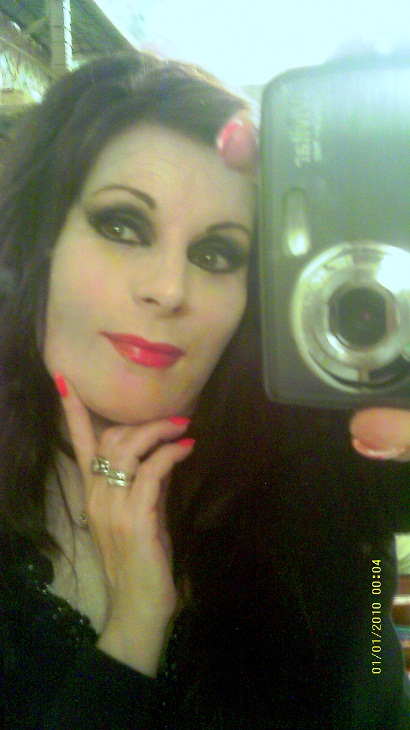 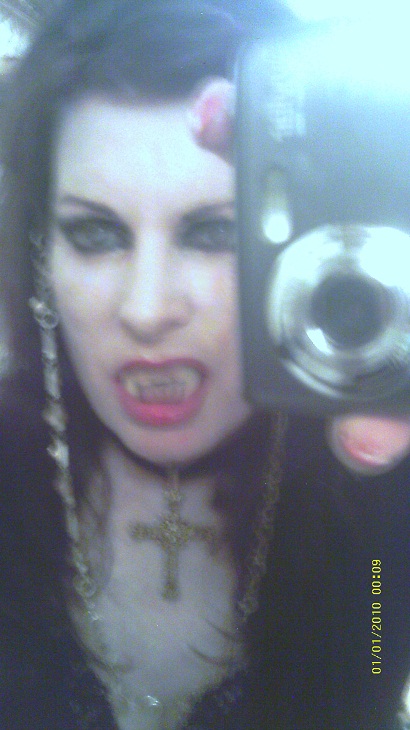 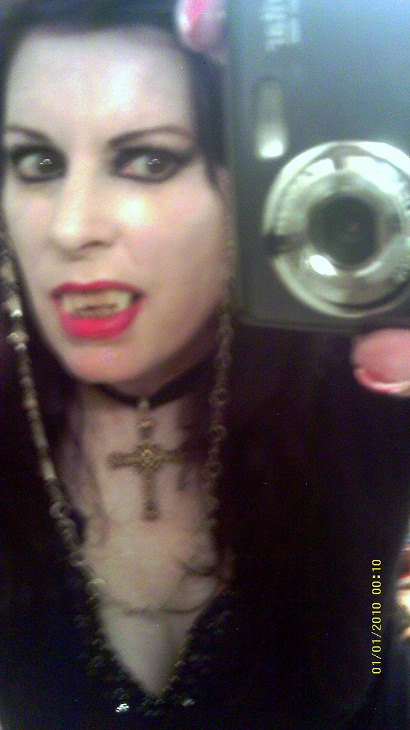 Let's have fun....you have until October 28 to post your costume pic to be a contestant...the prize? Well just bragging rights! But that's cool!


I think you have already won
Meow!!! Bow chica wow wow, always had a thing for vampires

posted on Sep, 12 2013 @ 08:06 PM
link
Hi StealthyCat. I'm responding to subscribe to the thread so I can find it with ease later. I'm on the mobile version and can't find the subscribe button!

We are going as gypsies this year. We plan to hunt the thrift shops for our costumes. Well the girls in my brood. The boys want to be superhero's or something of that ilk. They are still deciding. I'm trying to drop hints for them to be pirates... sorta goes with gypsies - but it's not a go with them. Good thing I've a month or so to try and convince them.
I doubt I'll change their minds though. They are into Avengers and GI Joe right now.

Fun thread. Look forward to watching it develop. Halloween is my favorite time of the year.


Thank you! I don't know what I'll be this year...I'm usually different variations of vampires though LOL...So...are you going to enter?


I will never beat my Pan costume when I was 21 (whole body dyed red, topless with furry haunch legs and hooves with feathers in my long hair and my wicked devilish smile lol) but I may do something for my service users, a couple of them love spiderman and I have a spidey costume


That sounds awesome! If you do, then enter here so we can all see. I bet that "Pan" costume took some time huh?


It took longer to get the red food colouring off (about 3 days)
Yeah I will post a pic of the pan one and the spidey one when it comes around.


Those are the kind of costumes I like....anyone can BUY a costume...I like it when you just go around the house and gather some things and CREATE something...those are usually the best!

posted on Sep, 12 2013 @ 09:52 PM
link
Let's see...maybe I need to poke the fire a little to get some people going.....maybe we can have competition by countries? Kind of like the "Halloween Olympics" LOL! Last time the Aussies cameout with some killer costumes......Soooo.....who YOU gonna represent?
Let the games begin!

I made a Ronald McDonald costume and it turned into a scary clown....Vodka told me to scare people.

Ronald McDonald IS a scary clown to start with


I like costumes...I just wish I could dress up all year round and not be called the crazy lady hehe...

Here's me last year..but I was working and someone did my makeup for me
Plus it was a quick makeup type thing..didnt spend a lot of time on it at all!! 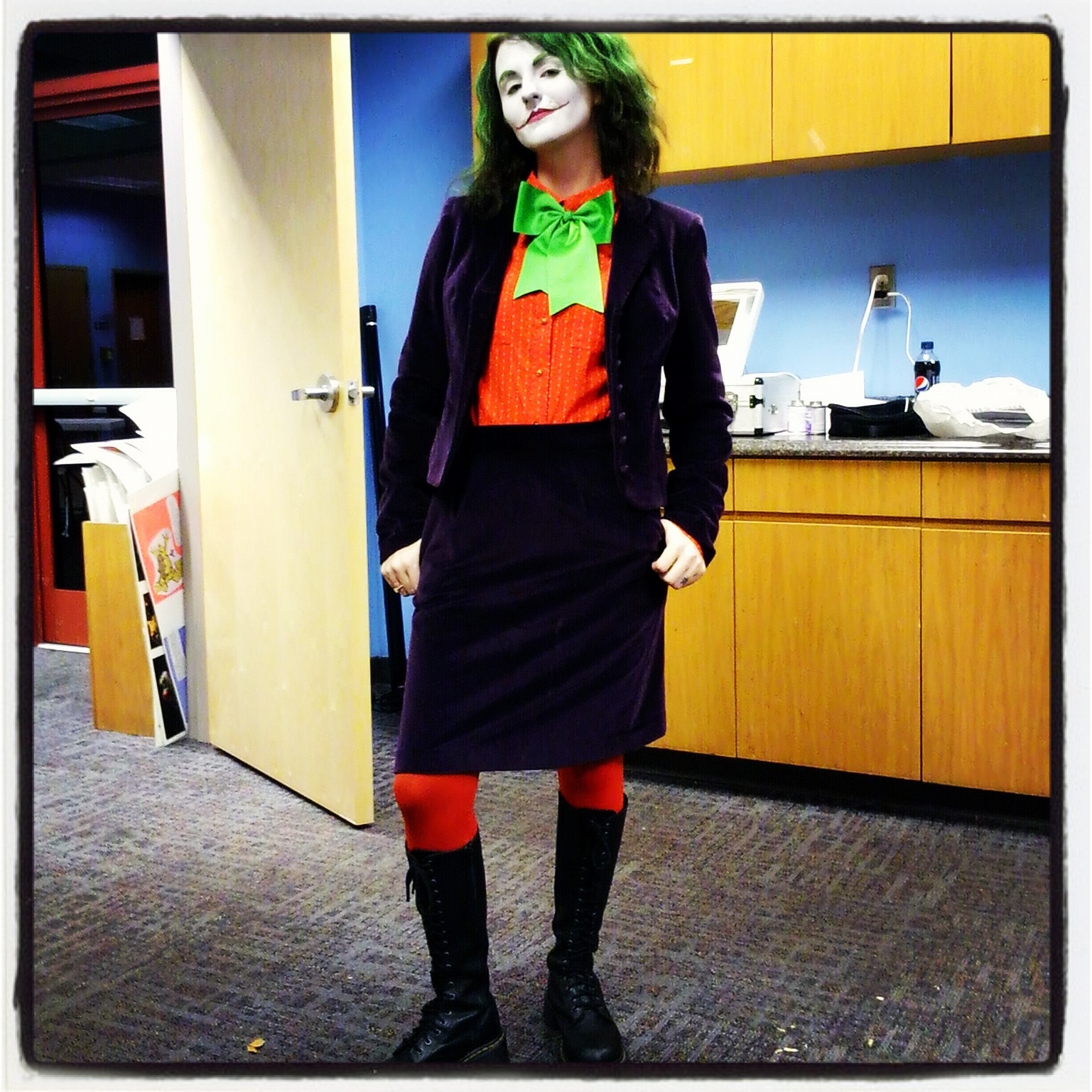 posted on Sep, 13 2013 @ 08:35 AM
link
I'll come as Odin. I already look kinda like the picture on Wikipedia of him, and I have a hat like that also. I do have two eyes though but my third eye is fully functional without getting rid of one.

It would be scarey if I were to shave and cut my hair and dress up in a suit. People I know would be dropping dead of heart attacks from the shock if they saw me that way.

posted on Sep, 13 2013 @ 09:16 AM
link
A few years back. Sadly, many people didn't get my costume because they don't know how to identify and watch badass movies! 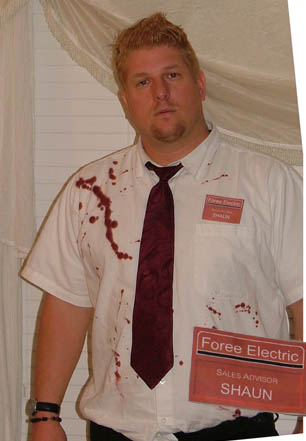 PS: Nat, love your joker costume! Looks like you really colored your hair green for that. How long did it take to get the green out?
edit on 13-9-2013 by blamethegreys because: (no reason given) 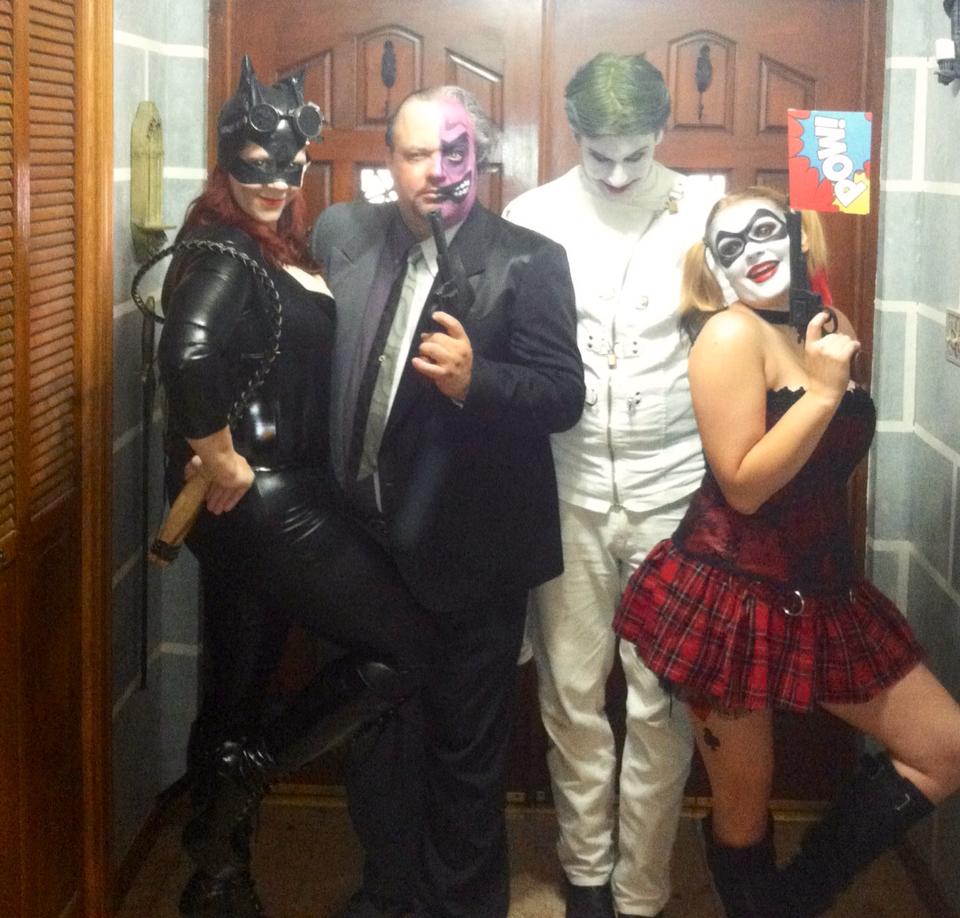 My wife as Catwoman, me as Two-Face, our son as The Joker, and our daughter as Harley Quinn

(we like to do a theme when we can....Batman Villains this time)


It was spray can green!! Haha!! I threw a towel around my shoulders and my hubby sprayed away till it was all green!! I just washed it out that night..to my memory. Hah!

Shaun of the dead is a great film!! Cool costume