Boston airport apologizes for drill on 9/11

Officials at Boston's Logan International Airport are apologizing for holding a fire drill, complete with smoke and flames, on the 12th anniversary of the Sept. 11, 2001, terrorist attacks.

The two hijacked jets that were flown into the World Trade Center towers flew out of Logan.

The Massachusetts Port Authority, the agency that runs the airport, said in a statement that: "Massport apologizes for conducting the fire training exercise and understands that it may have offended many of those touched by the events of Sept. 11. Safety and security is our top priority and constant vigilance and readiness is critical, but the exercise should not have taken place on the anniversary of 9/11. The airport community recognizes the day with moments of silence, a service in the chapel, and a wreath at the 9/11 memorial."


Boston airport apologizes for drill on 9/11


Somebody hurry up and tell me I'm seeing things.

What kind of a complete bonehead would hold a fire drill on September 11th, and of all places at Logan Airport on top of it ??

WHO ever thought of this one needs to be put on public display !!

So, I guess the planners of this didn't know about this either? ...

Several events were held at the airport to mark the anniversary.

And I wonder what was going on the heads of the idiots that were typing this message into their Facebook page?

How many dunderheads were involved in this anyway ?


It speaks to their sense of judgment in decision making, doesn't it?

It is a special day and regardless of what was happening inside, it is not a day to get people's adrenaline up for nothing.

posted on Sep, 11 2013 @ 08:24 PM
link
Well, that is some Grade A brainpower cooking right there. They better take a break before they blow fuses or something.

I want to know what the encore is? A World War style Air Raid drill on December 7th?

Welcome to Boston, leave your common sense in the luggage area!

posted on Sep, 11 2013 @ 08:55 PM
link
Had I been the person in charge of scheduling, I'd very likely have done the same thing. I can see how someone could easily move on & revert back to "just another day to get *bleep* done" mode.
I wouldn't doubt it if other places in the country that have had mass tragedies have scheduled things on their dates, too. How much you want to bet somewhere in Oklahoma, someone holds fire/evac drills on the anniversary of the OKC bombing, too? Or that next year, some school(s) might schedule a lockdown drill on the Sandy Hook anniversary? At some point, feigning rage over this kind of thing is going to fade, and it's going to go back to being just another day to get stuff done on. And we really do need to do that because living in paralyzing paranoia or fear on a date because of it's history is asinine.

wrabbit2000
Well, that is some Grade A brainpower cooking right there. They better take a break before they blow fuses or something.

I want to know what the encore is? A World War style Air Raid drill on December 7th?


It's a tornado drill, but close enough in sound & was on December 7th one year. Shiz happens.


Would we be up in arms if it were done on December 7th say at Honolulu Int'l? I understand the significance of the date regarding September 11th, but are we going to be up in arms about this? While there are much more important things that we should be actually irked by?


It's ALL about perception and brain power ratios.

Only dumb bells would not think first.

Good God, what if they make a more serious mistake and people get hurt ?

A day or two for a drill is not a big problem.


Boneheads? I think not...Now the media will play it up as HAHA oh who was soooo stupid to do that? What an idiot! But come on really? Not one person said uh...this is 9/11?

Keeping with the bombing in Boston, people must be perpetually in a state of panic and wariness!

This was on purpose as usual. When the herd is moving in a direction the Shepard does not want them to go their dog will bark and growl until they are back in line! 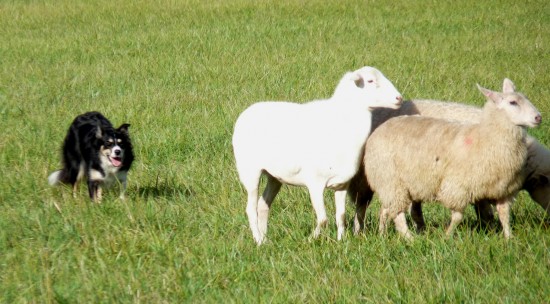