On a serious note concerning your thread....

I believe the POTUS will come out and say that we must continue to use the threat of a military response to pressure Bashar al-Assad to turn over his WMDs. He'll go on to say that he and Pres Putin spoke about this deal privately and that the Russian leader agreed with him that Syria must give up these weapons. Then he'll talk about ensuring that the regime of al-Assad turns over all WMDs and they must begin negotiations with the rebel leaders. He'll go on to say how Sec Kerry has been working around the clock with the Russian foreign minister to avoid the use of military action. How grateful he is to Sec Kerry for his hard work. He'll say something about how he understands the apprehension of the American People but that we must stand together to face this threat. Something about Syria being a direct threat to the US, Isreal and our interests abroad (i.e. OIL).

He'll also try and prove that it was the al-Assad regime that fired the chemical weapons. His proof will be based on circumstantial evidence...nothing substantial. Then he'll say something about how terrible it is that any country would kill it's citizens with chemical weapons. Basically, keep using bullets and barrels filled with gasoline, but never, ever use chemical weapons or there will be hell to pay.


well now he certainly isn't going to make any startling revelations or admissions
like the fact that Putin is so good at chess, by the time barry made his opening move Vladimir had already predicted everything up to which corner of the room barry would crying out of defeat in.

He will yammer on and on about how his blustering, and boasting, of how he was going to have an extremely limted, and small attack against Syria is what made Syria run to Russia in the first place. Then, he'll say that they cannot allow Assad to have chemical weapons, and they are going to attack anyway, since Russia told them that the deal hinged on them giving up their warmongering.

Then, later this week, he'll announce that they aren't going to attack, Assad will leave, Russia will take care of the chemical weapons collection, and the UN will dispose of them.

Syria will go the way of Egypt, become a bloodbath, and another civil war will start...
edit on 10-9-2013 by Catacomb because: (no reason given)

This is an important event. Russia just said, Ok, back off, theses are our boys. We'll take care of it. And the United States has really no other option than to say, Ok, give it a try.

I do see this as an opportunity for some unity in the liberal and conservative factions. And this common ground may build new common ground.

As to bombing Syria, that's going to be a hard sell. Bombs inevitably kill people. And this killing of people could easily get out of hand.

I'm saying hang on be flexible. As I said earlier, These events are important and have great potential.

Me, I'm hoping for another ten years of good times and then ten more. Let's keep this party rolling. We'll rebuild the planet with the refuse of our first evolutionary binge. An explosion of creativity and understanding that may well portend continued prosperity for humanity

posted on Sep, 10 2013 @ 07:32 PM
link
I'm sure his handlers and speechwriters are working on some way to have The Figurehead look tough and keep the MIC happy we have already seen the military/industrial complexes 2 main spokesmen McCain and Graham throwing fits I'm sure the members of congress will talk about how this makes "The President and US gov look weak."


well now he certainly isn't going to make any startling revelations or admissions
like the fact that Putin is so good at chess, by the time barry made his opening move Vladimir had already predicted everything up to which corner of the room barry would crying out of defeat in.

I so want and hope I'm wrong, however.

Human Rights Watch has released a very detailed report of the attack. It may change people's perspective somewhat.

posted on Sep, 10 2013 @ 07:48 PM
link
Maybe he'll announce aliens are real and encamped on the dark side of the moon by the millions. Or, more likely, he'll blame....others. Congratulate himself....and give everyone the impression that great things are just out of reach, if only we follow whatever he suggests in coming days. 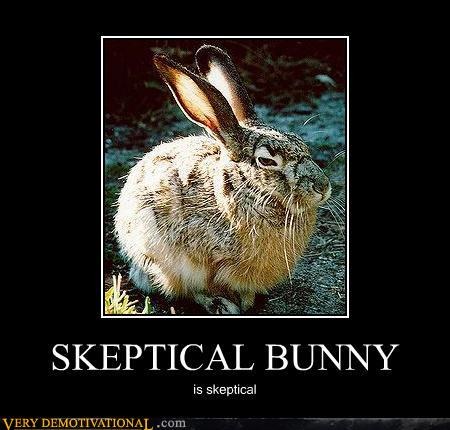 
My post was a little over the top. On second reading almost "troll like"
I've edited it.
You and everyone here have every right to distrust who you see fit. You're right. And yes I understand that leaders in general are marching to an agenda, whether that be stupidity or otherwise.

The point is, do we want to defeat Assad and hand over chemical weapons to the rebels/Al Qeada, Muslim Brotherhood?

There is no winner, regardless.

As I have said in another post, it's like Lex Luthor bombing Darth Vadar to help Hitler.

There are no good guys here.

posted on Sep, 10 2013 @ 07:57 PM
link
Obama lost.!!!!!! He knows Americans don't want this action, Congress is not too fond of the action, world community doesn't want a piece of this....Just one epic fail for OBama. Now he is looking for a safe alternative to save face and Putin might have helped him out.

Obama will claim he got Syria to do the right thing, that he will keep a close eye on the situation, and in a few days he will have them throw some other issue out there to get this story line to go away.

beezzer
I said it in the OP, and I'll repeat it here, Obama is too invested in the idea of war. It'd have a direct impact on our economy.

I so want and hope I'm wrong, however.

You might be right. According to the alert I got from CNN, "Obama will explain tonight how acts in Syria affect the U.S. and that a military response would be limited."

I guess he's throwing that Nobel Peace Prize into the garbage and arming the missles. The guy has an out, please don't tell me he's too foolish not to take it!

jtma508
Before the address it might be a good idea if people took a few minutes and read the report in this thread:

Human Rights Watch has released a very detailed report of the attack. It may change people's perspective somewhat.

i truly think that in this administration's mindset Some one has to pay for 'this attack', that's the way it's seemed from the get go, and i don't really think any sort of 'turn over everything you got' is going to prove little more than a stall in the eventuality of things.

Obama seems to have it hard set in His mind that, despite and no matter the russian's deal with Assad... if the UN comes back 'positive' we'll be striking.

I bet more people would watch Obama talk about Ice Cream..... Americans... where are we???


I agree the tone of his speech is as determined as before, guess it's full speed ahead into striking Syria, despite any deal ,.he's going in..
edit on 10-9-2013 by all2human because: (no reason given)