page: 1
53
<<   2  3 >>
log in
join
share:
Strewth
+40 more
posted on Sep, 6 2013 @ 12:31 AM
link
One day the Big Boss sent a message to the members that a new version of ATS would soon be introduced and that the old version would no longer be available some members interpreted this as the Big Boss going whilst others where all and still others were like all :shk: and others were like

As time drew near to that fateful date of the switch being flicked, some members were to each other. Most of the Mods as well as S.O resorted to :w: and just to get through all of the and :bash: that was going on.

Then today arrived and the switch was flicked.

Everyone went and there was silence in heaven for 1 minute.

ensued as the Mods quickly attempted to calm the growing and that was occurring on the BBQ forum. The Big Boss man was obviously :bnghd: as the roar of the crowd grew, There was :bash: and and and gnashing of teeth, some even threatened to rip off their loin cloths.

Then everybody was all and and and stuff and the storm was quelled.

The Mods were glad and were like :w: and and because they had had enough of the and

The Boss made a good decision.

So and and for todays big effort.


Now that's more like it! Best thing I read all day.
Kinda reminds me of that old move "Greatest Story Ever Told."

And the emoticons looked great!

Are a genius *Doffs hat and bows*

Simply brilliant and thanks for making laugh so hard
so early 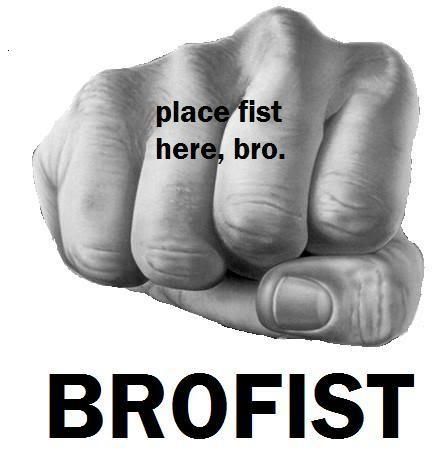 
I think we should start a petition for a bro fist emoticon.

Thanks for a real LOL.


That was a cute story but not everyone hates the new site. :p

It was a commentary...

There were some technical issues.


Indeed, me being one of them.

I have been on the new version exclusively since receiving S.O's message about it on the 31st - personally I think it is fantastic, but I have had unique support from a member of the BTS : Avatar Creations team as well as others like Zarniwoop and BigFatFurryTexan whose input has been invaluable.

Looking forward to it being reactivated too.

I stole my avatar from Sublime a few days ago whom tells me he sorted you out as well!!

Glad to see quite a few of my friends here enjoying your mad humour including The GUT, Cheesy, Cody, Isittruee and Big Z.


OMG - TheForced out from lurker status!! Showing off her new bling nonetheless. Glad to see you, that's $20 I owe you I suppose

INCOMING FEARLESS PLUG FOR THE BTS: AVATAR CREATIONS THREAD............ANY GRAPHIC OR NAVIGATION ISSUES WITH THE NEW ATS 5.3 THAT WE CAN HELP YOU WITH CAN BE FOUND BY POSTING AT THE LINK BELOW, OH AND WE'LL BLING YOU UP REAL GOOD TOO www.abovetopsecret.com...

Goodonya dude... you've wrapped it up, all in one hit with comedic genius.


Thank you for the thread!

I laughed in tears.


I love that afrotar you have. Everytime I see it I smile.

Sweet jesus you made my day that clown could not be more out of place
edit on 6-9-2013 by mr10k because: (no reason given)