I just thought I'd throw this out there for fun. With all the reboots and remakes out there which one (in your opinion) was utter suckage compared to the original or just totally missed the mark?

I have a few but I recently wasted two hours of my life watching the Tim Burton reboot of Dark Shadows. I loved the TV show as a kid...and even if you're too young to remember it all you have to do is appreciate gothic horror. This film was so of base that it tried to be a comedy which wasn't even funny.

I mean, how can you go from this: 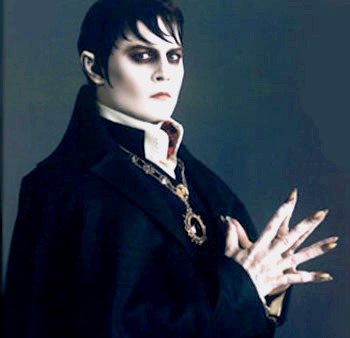 posted on Sep, 5 2013 @ 03:30 PM
link
The following is my opinion as a member participating in this discussion.
I can think of a couple off the top of my head.

Halloween. A true classic. Rob Zombie did absolutely nothing to improve it. More desecrated it.

Pink Panther. As much as I love Steve Martin, no one can follow Peter Sellers. No one. This was like buying an Elvis impersonator's CD. Why?

Fright Night. First one was a kid's Saturday matinee horror classic. Second one tried to go too dark and just fell flat. Maybe just me, and maybe because I'm not a big Colin Farrell fan. Probably unfair to call it one of the worst remakes, but definitely to me one of the most unnecessary, and disappointing.


Pink Panther with Steve Martin is one of the very few movies I rented and didn't watch the whole thing. Not only is it a bad remake but it's one of the worst movies I ever saw.


Of course, one of my favorite movies when it came out, you know, waaaayy back.

I'm not allowed to post how bad I think the new one sucked.


Yes! The Willie Wonka remake was so bad I've never seen more than 2-3 minutes of it at a time.

I second that emotion! Gus Van Sant is a hack. TERRIBLE casting! I mean, I understand Vince Vaughn is tall, and Anne Heche has a short haircut, but beyond that, I don't know what they were thinking.

just a few off the top of my head

posted on Sep, 6 2013 @ 01:20 AM
link
Willy Wonka
Pink Panther with Steve Martin
True Grit, NOONE can replace The Duke as Rooster Cogburn


Forgot about that one...

posted on Sep, 6 2013 @ 02:02 AM
link
Evil Dead - Better special effects but worse story. A terrible remake. I much prefer Bruce Campbell's performance and the storyline from Evil Dead 2.

Total Recall - Terrible. And nobody got their arses to Mars. What's up with that?

The Karate Kid - How do you make a film called "Karate Kid" without having any Karate in it? It was nowhere near as good as the original.

Clash of the Titans - They really dropped the ball with that one. It's like they figured they didn't need an actual story or good acting as long as they threw enough CGI in there.

The Fog - Nothing in that movie made much sense. It definitely did not have the same atmosphere as the original. Hey, my girlfriend just turned into a ghost. I guess we're done here.

Friday the 13th - One of my all-time favorite film franchises. And they ruined it. Oh, wait. I'm sorry, they "re-imagined" it.

Halloween - It was directed well. But the storyline blew chunks. Same with House of 1000 corpses and the Devil's Rejects. Good cinematography, terrible storyline.

The Hitcher - I really liked the original with C. Thomas Howell and Rutger Hauer. The remake just didn't do it for me.

Nightmare on Elm Street - I cannot express enough how much I hated the remake.

Night of the Demons - The original films were weird, genuinely scary and well done. The remake was cheap crap starring Edward Furlong and Shannon Elizabeth. I was very disappointed when I turned it on one night to discover it wasn't the same film I watched when I was a kid.

The Thing - While I guess the remake was actually a prequel, it still was nowhere near as good as the John Carpenter version.

The Wicker Man - I used to actually like Nicholas Cage movies. What happened man? Between this and Ghost Rider 2, I have little faith in his acting ability these days.

The Hitcher - I really liked the original with C. Thomas Howell and Rutger Hauer. The remake just didn't do it for me.

Yes I remember the original what a great movie and the remake was total garbage. Terrible actors, terrible script, just terrible.

posted on Sep, 6 2013 @ 08:51 AM
link
The following is my opinion as a member participating in this discussion.
Thought of another one. The original 1963 version of "The Haunting was one of my all time favorite horror movies and a black & white classic. It was remade in 1999 and although with a pretty good cast (Liam Neeson, Catherine Zeta-Jones), it pales in comparison to the original.

Not a horrible film, but I have to wonder why bother remaking something if you're not going to improve upon it? Note to Hollywood - adding massive CGI does not by itself, constitute improvement.

Although I do disagree with some people about Clash of the Titans. I liked the remake. Of course, the original wasn't that good. Other than hearing Olivier say, "Release the Kraken!" it's not that interesting. extra DIV