Lets colonize Mars!! What will we need???

posted on Sep, 5 2013 @ 10:20 AM
link
With all the news about colonizing Mars with this Mars One program, I decided to start my own thread about what man would need to colonize Mars.
Lets pretend we have the capability to get to Mars safely, and since we are colonizing Mars, this would be a one way trip. The Homer Mars Program has the funding to put down a self sustaining colony of about 12-24 people. If its a successful test, then more people will come colonize.
What would they need to bring with them to be self sustaining? Lets start with sheltering and manufacturing.

posted on Sep, 5 2013 @ 10:31 AM
link
reply to post by HomerinNC
First and foremost we need lots and lots of coffee, to be followed by lots and lots of toilet paper. With ample supplies of coffee and toilet paper we will create an unstoppable empire that will go on to rule the entire universe...Mwahahaha!!!!!

That should be an alright start, covers all the human necessities


Presumably, many of us here did this little game in the gifted program as children and I, personally, was not a fan of that little sketchy program. Not to mention that really, this is the second post on the subject within the last 12 hours.
www.abovetopsecret.com...

posted on Sep, 5 2013 @ 11:02 AM
link
Basically all you would need is a nuclear sub im sure it would work just as well in space,just strip it of all its weapons and radar/sonar/and all the stuff useless.then fit some hydrophobic lights in it to grow veg and build a chicken hut or cages for small live stock,and add more water storage,this would be ok for a 4 man crew,

posted on Sep, 5 2013 @ 11:03 AM
link
Something to convert ground ice to oxygen and drinking water
Solar Panels
Computers
Internet Access
Cameras
And cardboard cut-outs of red arrows to place next to rocks that NASA should take a closer look at.


Lets colonize Mars!! What will we need???

A freakin' miracle. Just to start with. Then a couple more miracles, a dash of special miracle, a few minutes of simmering in Super Miracle, then a final touch of Divine Intervention in case the first half dozen miracles didn't work.

That's just Phase 1 of Mission: I've Made A Terrible Mistake. There's three more phases, but I haven't figured them out yet. I didn't think I would need to after realizing how many miracles were needed for the first one.
edit on 5-9-2013 by AfterInfinity because: (no reason given)

posted on Sep, 5 2013 @ 12:25 PM
link
Colonize Mars???
Behave will ya. You really think that given what we have managed to negatively achieve here on Earth really needs to be take to the next?
It will never happen and any efforts will fail until eyes are opened and we:-
1 unite.
2 End War
3 End Poverty
4 End Famine
5 End divisions
6 End the destruction of the land
7 Realize that all life on this one is as important as the next.

We wage wars nation against nation it will be universally cataclysmic a war of the worlds.
Mars? The rovers arent even on Mars.

We can't even have a 'self sustaining' colony in the antartic.
The temps about the same. Plenty of ice/water. No breathable air problem.
And they still have food and replacement parts flown in.

Mars is just a movie dream.


Lets colonize Mars!! What will we need?

The Clearance from this kind of people.... 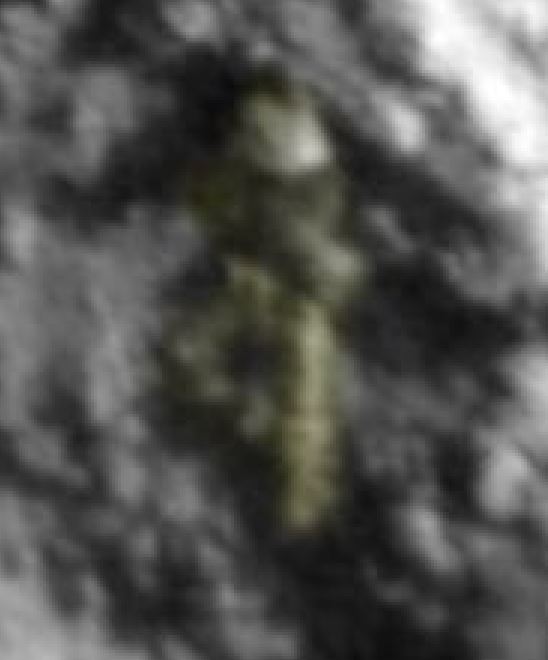 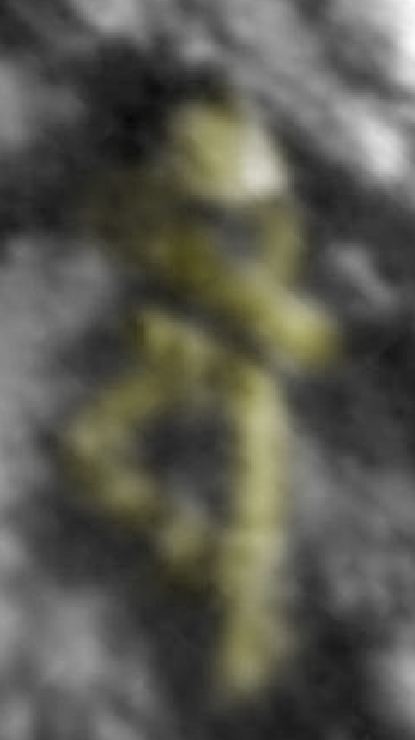 Originally posted by nirvi
as if destroying earth isn't enough...

maybe they should give women a chance this time, it will go much better...


The Clearance from this kind of people....

Why would we need clearance from little banana people the size of small rocks?

(you can correct me with some sense of scale) 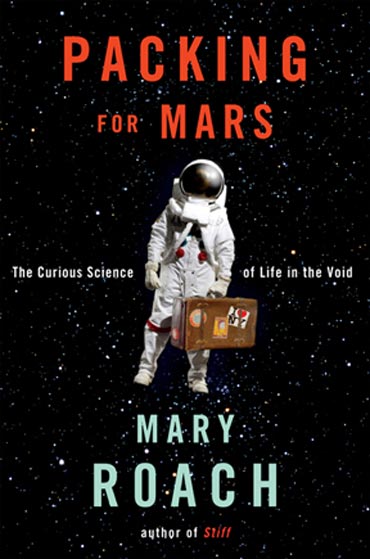 Space is a world devoid of the things we need to live and thrive: air, gravity, hot showers, fresh produce, privacy, beer. How much can a person give up? How much weirdness can they take? What happens to you when you can't walk for a year? What happens if you vomit in your helmet during a space walk? Is it possible for the human body to survive a bailout at 4,000 miles per hour? To answer these questions, space agencies set up all manner of quizzical and startlingly bizarre space simulations -- making it possible to preview space without ever leaving Earth. From the space shuttle training toilet to a crash test of NASA's new space capsule (cadaver filling in for astronaut), Packing for Mars takes us on a surreally entertaining trip into the science of life in space and space on Earth.

Originally posted by Zarniwoop
reply to post by Arken


The Clearance from this kind of people....

Why would we need clearance from little banana people the size of small rocks?

(you can correct me with some sense of scale)

A friendly advice: Don't land nearby....


Why not? Will the rocks give me the evil "eye"?


These guys seem to be lying on the ground, and fragmented into pieces. I don't think they will present much obstruction

The biggest problems:
- Lack of a magnetosphere
- An atmosphere that is 96% Carbon Dioxide.
- Massive Sand Storms
- Lack of liquid water
- Greater distance from the Sun
- No supply chain for food or replacement parts

No magnetosphere means the planet is constantly bombarded with solar radiation. And that's no good unless you want a colony full of cancer victims.

The powerful sandstorms are a problem because they can damage structures, equipment and personnel.

The CO2 atmosphere means all breathable atmosphere will have to be artificial and recycled. And if there is a hull breach in a structure or environmental suit, it may go unnoticed until the inhabitants asphyxiate and die unexpectedly.

The lack of liquid water means colonists would have to rely on collecting and thawing frozen ice to survive. However, temperatures in the polar regions get down to around -300 Fahrenheit in martian winter. Unless, of course, groundwater exists and can be extracted.

The distance from the sun means Mars gets an estimated 43% as much sunlight as Earth gets. Which means solar panels may be much less efficient.

Another downside is that you will probably never eat meat again. Unless you can ship animals through space and keep them alive during the journey. And then successfully land them and transport them to a habitat.

So What Can We Do?
This is my proposal. If we theoretically had the money and resource to get whatever we needed to Mars, that is.

Because of the sandstorms and radiation, It would be wise to bury all structures under martian soil to serve as a natural shield. This also means that any structures sent to Mars would have to be strong enough to be buried. We would also need heavy equipment to do the digging and covering.

We could rely on solar panels and wind generators. But they would be subject to extensive damage and possibly need constant repair. Another option may be to harvest methane which has been found on the planet. But one thing to remember is that a flame will not burn in the Martian atmosphere. It's all Co2.
So using methane would require also using oxygen.

The only good new about Mars is that soil tests have revealed that the soil is great for planting. And earth-based plants absorb Co2 for photosynthesis. But due to the large sandstorms, all plants would probably need to be grown in sheltered greenhouses.

The biggest hurdles are water and air. Those ones, i'm not so sure about.

does mars have bad storms, if it does it might be wise to bring a shovel and solar powered lights, and also not to live outside in man made accommodation, but to find a cave, especially handy if the weather gets windy so the cave solves the living quarters, after that, need water and food, gotta sort those first, also need something organic, to get some growing area sorted... a few chickens for eggs and meat when the eggs stop coming. couple of goats per 8 people, for milk and cheese and food when they get past their useful stage,,,, a cold room or fridge. and something to recycle rubbish... cause there would be lots of that in no time at all..... hmm there's such a lot, I think insanity will reign supreme on mars for the first dwellers, at least cavemen had lots of other life forms that share earth with us still (well some of em do) but I think this is what people on mars will miss, the simple basic things like grass, greenery, animal and insect and bird life. a simple flower, even a weed they will begin to miss and know they will never see any of those again.. so they won't last long on mars, until the ol brain goes a bit screwy