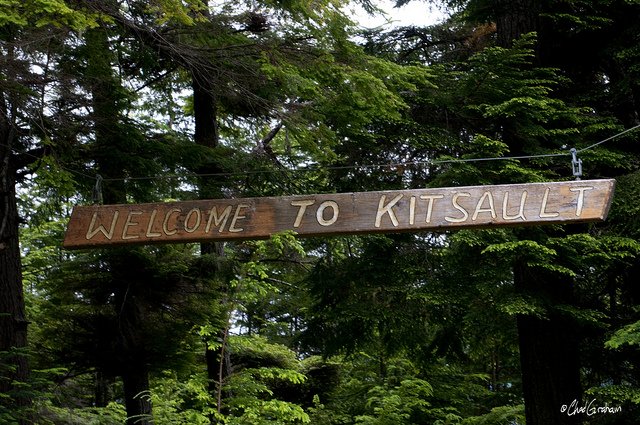 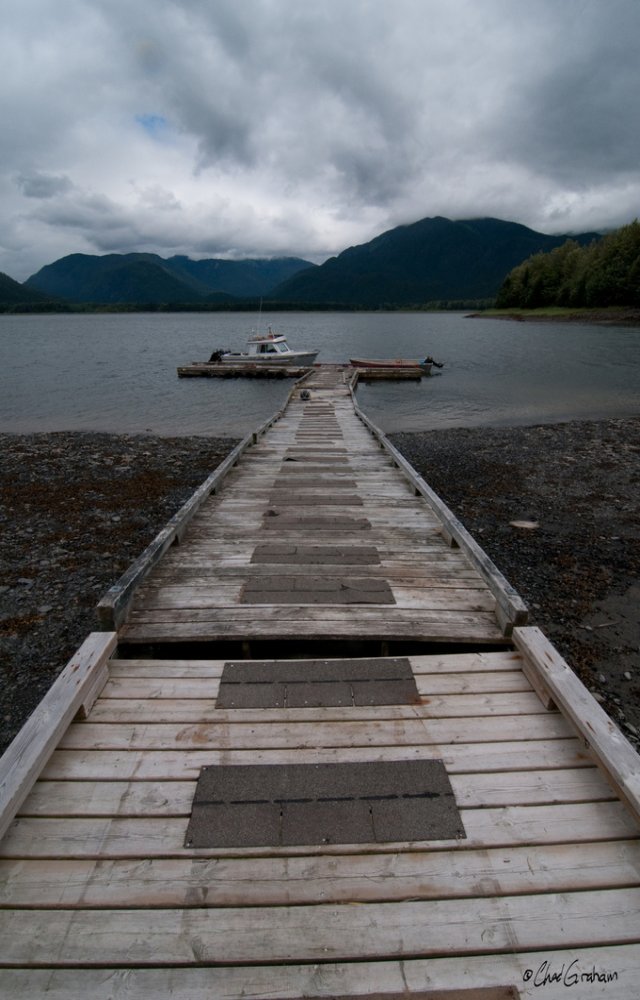 I've always been interested in urban exploration and have done a little on my own in the past. When I come across information on a "ghost town", it gets me pretty excited. Welcome to Kitsault, BC. I would really love to check this place out someday.

Kitsault was essentially a mining town started by Phelps Dodge in 1979. At it's peak, 1200 people lived there to mine molybdenum (used in steel production). However 18 months later, the prices of molybdenum plummeted and the mine was shut down. Phelps Dodge ordered everyone to leave and bought back the homes. 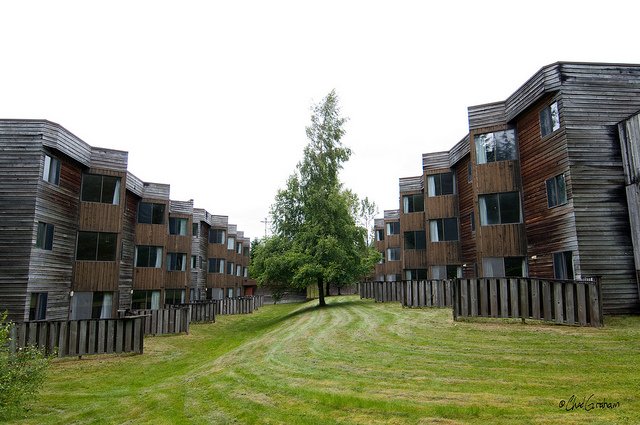 Strange thing is, even though the mine was closed and the residents were forced to leave, the power to Kitsault was left on. For 30 years the town has been sitting there with power as if waiting for people to return again. It's like a giant time capsule of the 70's waiting to pick up right where it left off.

In 2004, Kitsault was put up for sale and eventually bought by entrepreneur and businessman, Krishnan Suthanthiran. He hoped to transform it into a resort for intellectuals. The planned completion date was 2011, but malibdinum prices have recentlt rebounded and Mr. Suthanthiran formed Kitsault Energy. he's pitching Kitsault as the perfect place to build a natural gas plant and pipeline terminal. He is currently trying to gather international investors to raise the estimated 30 billion (!) to get it started.

Kitsault's sole resident is Indhu Mathew. She was hired by Mr. Suthanthiran as a caretaker of the property. She has grown passionate about the town and has a great respect for the people that were evicted from their homes. She has been cleaning and repairing everything, almost preserving it like a museum.

Photos are by Chad Graham 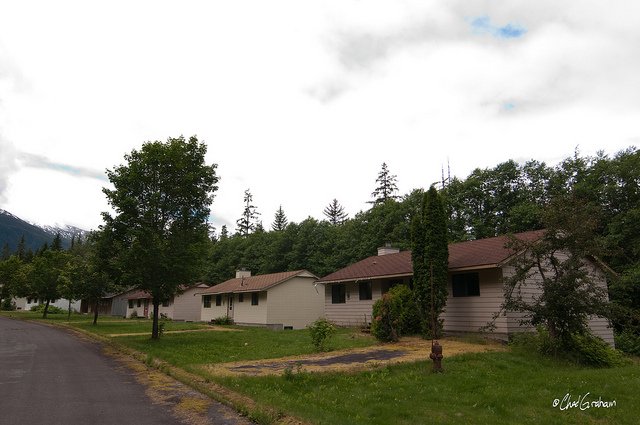 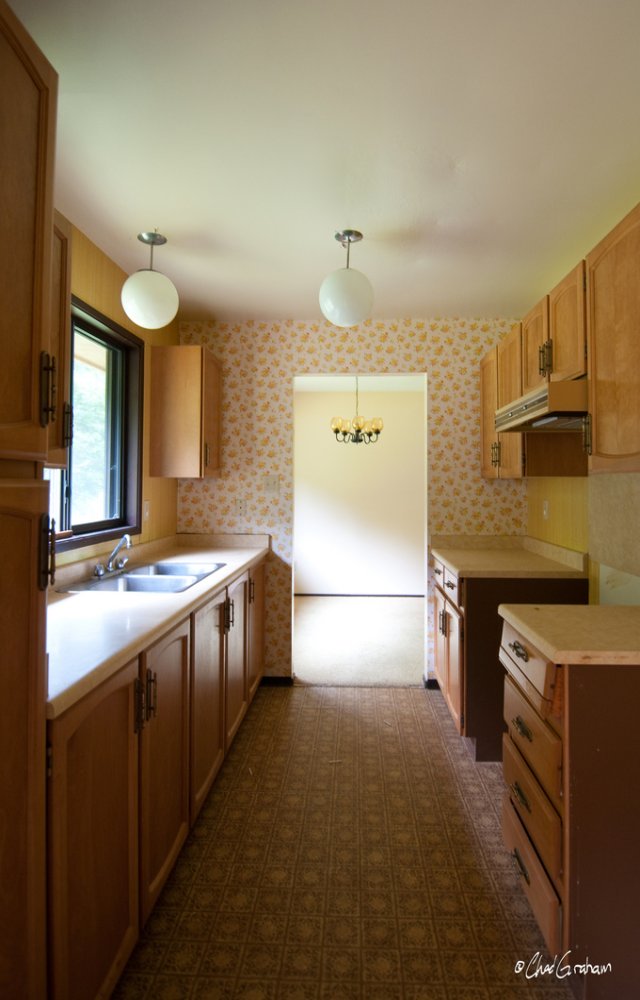 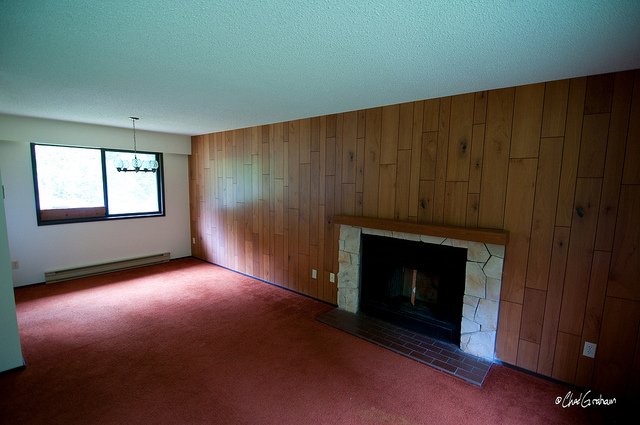 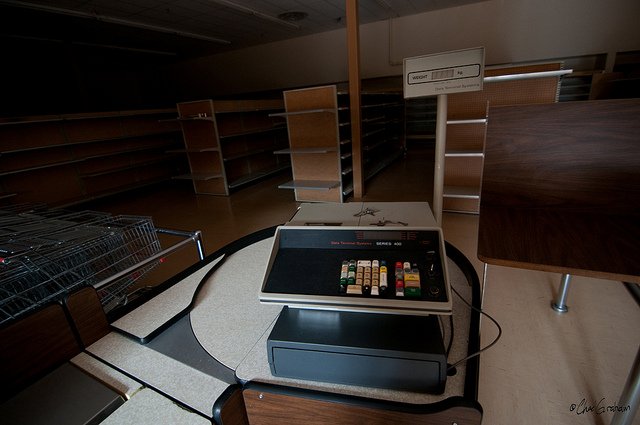 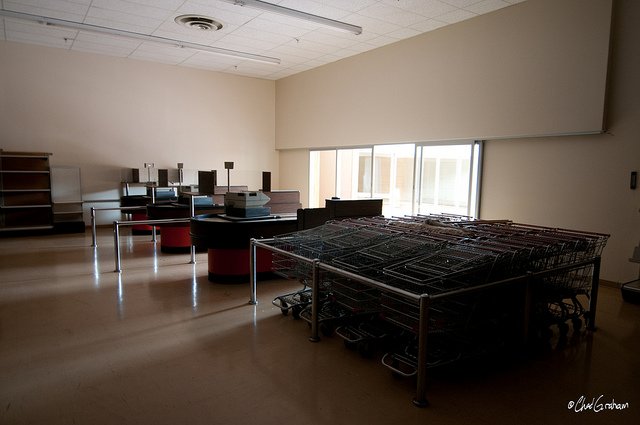 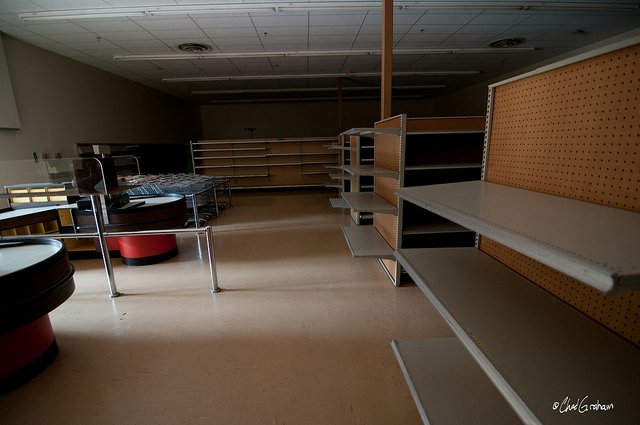 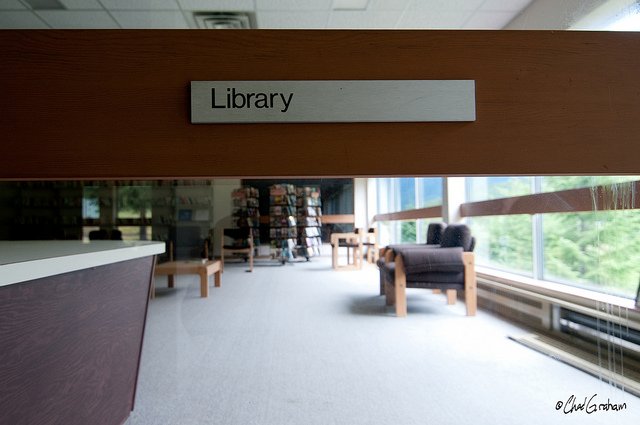 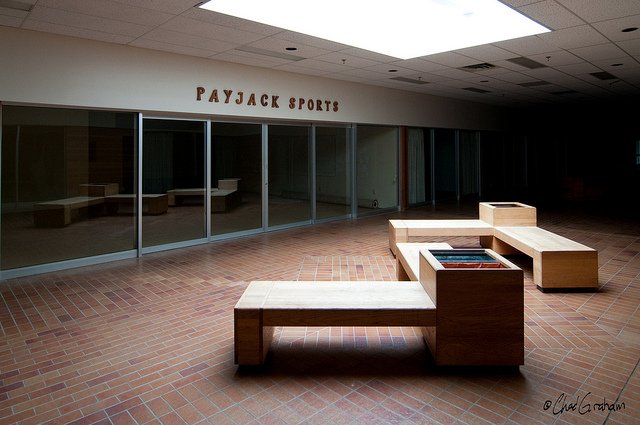 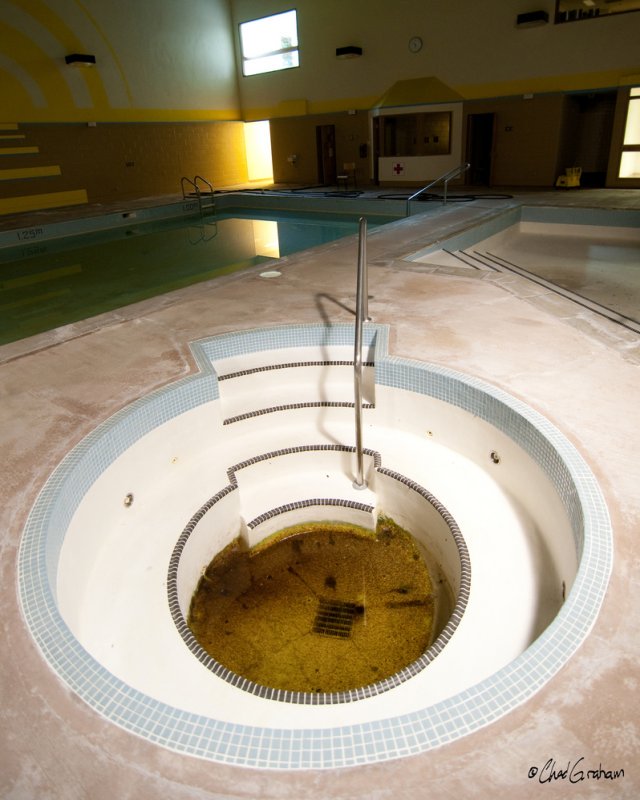 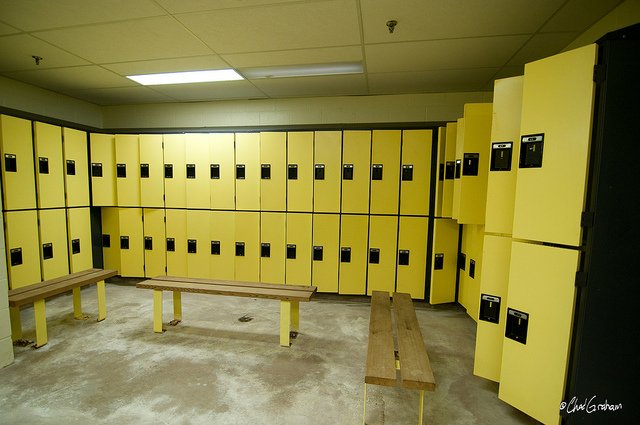 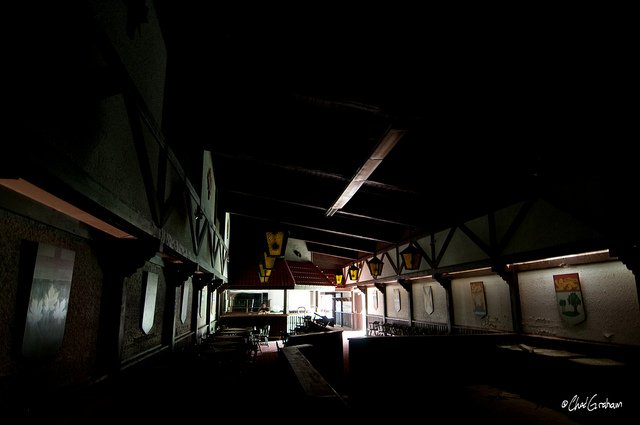 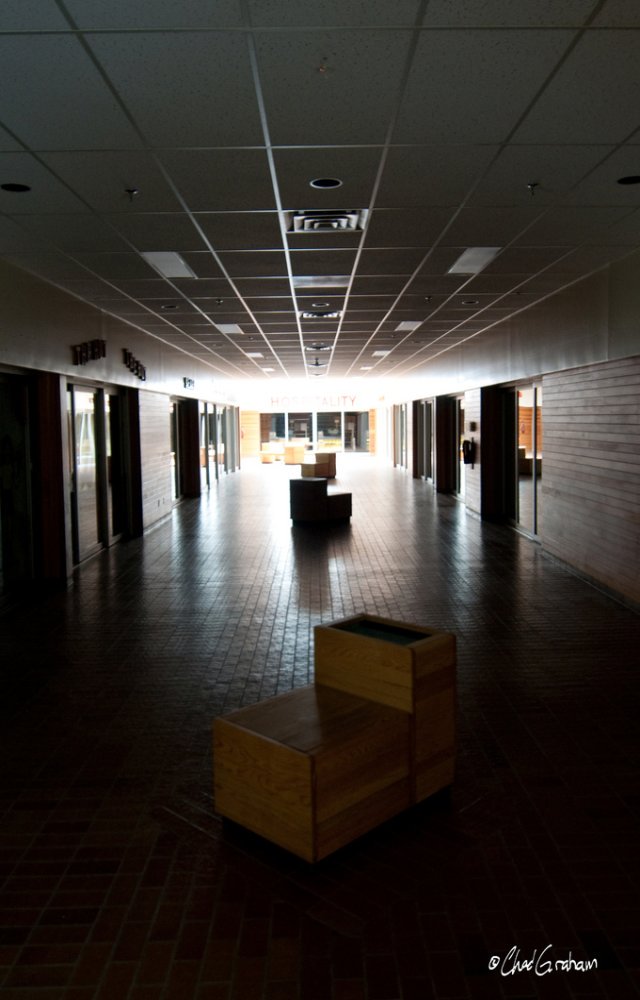 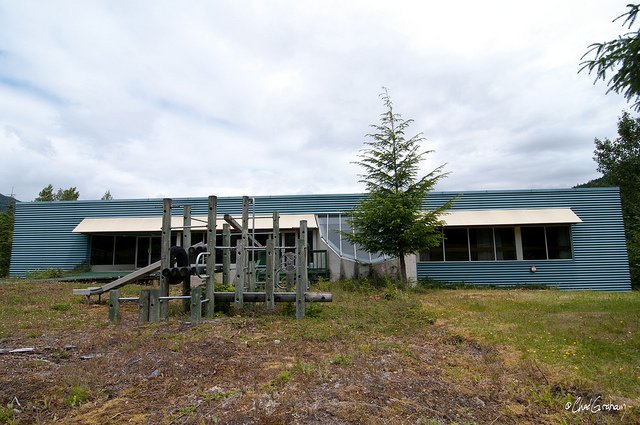 Very cool looking place. Does anyone else have any more "ghost towns" that they can think of? Particularly ones that have been well preserved?


Yeah me too. I was also thinking that this place would be a great for filming a movie or TV show that was set in the late 70's. No sets to build!


I think that the very idea of ghost towns is proposterous. The simple fact of the matter, is that people all over the place are crying out for decent accomodation , and there are entire bloody TOWNS full of homes, unlived in. It should be illegal for a person to assemble a portfolio of liveable homes, and not let them out or sell them for thier market price to new home owners, certainly not for what, nearly 40 years!

However, the caretaker(s) over the years appear to have done a damned fine job of keeping the various premises in good condition. I am not sure I would take advantage of the bubble pool at the swiming baths just at the moment, what with the water in it being roughly the colour and content of pond water, but other than that and a couple of technological anachronisms, theres nothing seemingly wrong with the place.

Now, I understand that the person who owns this collection of buildings has had various intentions with regard to the use of the land, but may I just say, that if at any point the buildings which remain there at this time, are marked by him to be destroyed to make way for industrial buildings and machinery and the like, that the man be stripped of those assets related to the site, and the town be populated as soon as possible.

It would make a pretty awesome retirement village without too much hassle. A few disability access modifications, stair lifts, elevators in multi floor, multi occupancy buildings, pharmacy facilities, staff and spring cleaning, and this place would be a pretty nice, and comfortable place for the retirees of the future. Think about it, in not too long from now, the sort of architecture and furnishings in this place, will be friendly and familiar to those moving into thier elder years, as many of them will have grown up with such style choices as G-Plan furniture.

posted on Sep, 5 2013 @ 08:29 AM
link
The grocery store gave me the willies it reminds me of the 2007 movie "The Mist" by Stephan King.
Just something about it made my hair stand up.
When I was young 7-10 ..back in the day (70's) when us kids could leave home in the morn and be back just before the dinner bell rang and no one had the cop's out looking for you we would pack a lunch and search out a run down part of our town that had a lot of just deserted houses and spend hours there going through peoples old stuff wondering what they were like who lived there and what happened to them... always feeling eerie and strange.
Looking through those photos made me feel that way again, lonely and sad very heavy hearted for some reason.
I haven't thought of that time of my life in awhile till I saw those pictures.