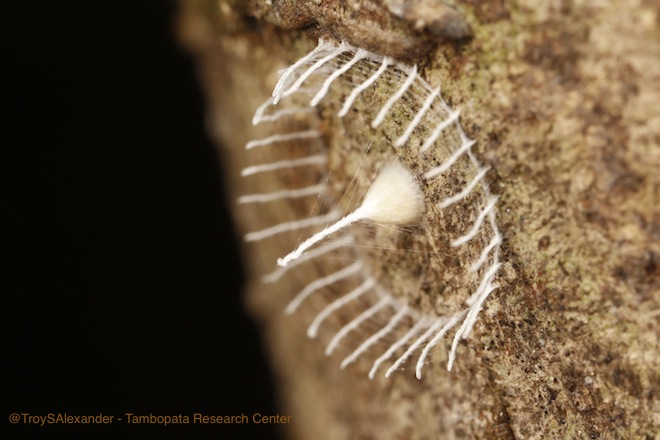 Something in the Peruvian Amazon is making weird, intricate structures that resemble white picket fences surrounding an Isengard-like spire.

No one has any idea who the mysterious craftsbug (fungus? spider?) is, or what the structure is even used for, excepting the fence part, which almost makes sense. Nobody, not even the scientists. We asked.


I thought this was pretty cool, a new discovery of design from some unidentified creature in Peru. Measuring 2 centimeters across, it looks like a little fence with a tower structure. Spider? Moth? Aliens? 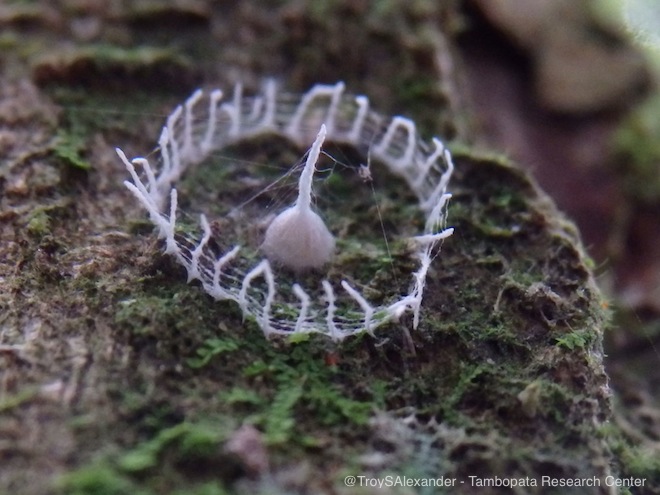 This explanation makes the most sense to me, until they find the critter. It looks like genuine spider webbing and the center looks like an egg.


Alexander’s favorite theory, described on Facebook, is that “there are spider eggs in the base of the pole, and the spiderlings climb the pole and sail away on silken parachutes, protected by the fence the whole time.


So why the fence? Maybe some type of trap for feeding the newly hatched offspring?
Could this be a fungus of some sort? Anyhoo, yet another marvel of nature, still mysterious at this point. I just wonder if it is indeed new, or has been around and never noticed? So many intricate organisms in the Amazon, it could have just gone undiscovered until now.
www.wired.com...

Please continue discussion on other thread.