World Leaders, are They Demonically Possessed or Just Naturally Evil and/or Stupid?

World politicians and leaders are pushing the world into World War III. Assad killing civilians by the hundreds of thousands. Putin backing Assad. Obama backing Muslim Brotherhood and Al Qaeda. Hassan Rouhani. Lil' Kim of North Korea. The Saudi Royals trying to drag the USA into their proxy war. Mahmoud Ahmadinejad who wanted the world to plunge into chaos so that his imaginary 12th Imam could come make the world Muslim. Today McCain was foaming at the mouth calling for big war. That idiot John Kerry pretending to be a real war veteran backing Obama's war drums and mocking Rand Pauls peace calls. Muslim Brotherhood. Hamas and Hezbollah.

Is this supernatural ... or is it just humans naturally being war mongering idiots and this time it's just that they are being even more stupid than usual??

I'm sure that the atheists will say that there is nothing supernatural about it. That's fine. They could be right. But I'd like to hear from people who believe that there are other worldly forces that can effect human behaviors. What do you think??? Supernatural elements working overtime .. or just the usual human stupidity??

posted on Sep, 4 2013 @ 11:59 AM
link
I think anyone who attends/has attended the events at Bohemian Grove should be suspected of demonic possession. Of course, that is not to exempt those who have NOT attended.


It is the effect of restricting life to silly, petty affairs. Nothing supernatural though. No politician believes life is more than just politics. Some of us will argue that its just basic animal instinct.

What ever is at play sure as hell seem like they want Isaiah 17 to happen, and there are fanatics on all sides of this.

From Israel, to Saudis Shia vs Sunni, to good old american politicians who may pander to the religious right.

This is the reason words like "The Powers That Be" and "Illuminati" come into play.

They're hidden alright. It's because they are made up from the spiritual world of darkness, not the physical one. That's why no one knows who really pulls the strings.


then why do certain politicians join secret societies that partake in bizarre sacrifice like rituals. Why has more than one politician and royal family members been implemented in ritualistic sex rituals with children. There is a darkness surrounding politics, that darkness brings power. Exactly what that darkness is, is the true mystery.


There is an obscure scripture that says it is wrong to wish for the end of days and we should be praying for the opposite but I have never been able to find it,

Originally posted by Deetermined
12 For we wrestle not against flesh and blood, but against principalities, against powers, against the rulers of the darkness of this world, against spiritual wickedness in high places.

Well .. it's looking like the world leadership has lost it's wrestling match with evil.
Really. It's so freak'n strange.
I mean .. we've had these people acting nutty and war-hungry before.
But never like THIS.

I don't know how else to put it. It's freaky. Really freaky.


All we can do is sit and watch.

If my people, which are called by my name, shall humble themselves, and pray, and seek my face, and turn from their wicked ways; then will I hear from heaven, and will forgive their sin, and will heal their land.

I know people hate scripture but that is all I have to offer you.

I believe the Bible is a guide through the past into the present and the future.

Originally posted by stormdancer777
There is an obscure scripture that says it is wrong to wish for the end of days and we should be praying for the opposite but I have ever been able to find it,

I haven't been keeping up with the Obama "red line" stories, but was curious as to whether or not he's trying to claim that he was only quoting Netanyahu when he used those words. Either way, we know for sure that he said that the use of chemical weapons will not be tolerated.


Are they really setting the stage for the destruction of Israel?

Iran and Syria said if they were attacked they would strike Israel.


Iran and Syria have been saying that for years. The truth is, they can't even unite their Muslim counterparts.


thats a pretty bold statement. You must have the life experience of 1000 men. Me personally in my life experience I have found nothing the proves or disproves demons. But just like aliens they are very much a part of our story's, history's and beliefs. maybe they are the same thing just with different labels. Fact is man, you cant prove your statement just as someone else cannot prove your statement wrong, and in circels we go.....

but then wrap your head around this. Someone believes in demons, groups pray for them and conjure them, sacrifice , and rape, all in there name. Those people that do this are some of the most richest most powerful people in the world. but its probably just a coincidence.........

posted on Sep, 4 2013 @ 12:42 PM
link
Normally I do not believe in invisible entities demonic or not but in this case maybe we should err on the side of reason and burn them all at the stake. Just to be sure.


Have you ever wondered how Obama, Kerry and so on would come across if they posted on above top secret?

I was reading about Kerry on another forum – there was Kerry’s statement followed by posts about it from the forums users – so the thoughts and opinions of those other users where just as available to me and the rest of the world as was Kerry’s and those users came across as more thoughtful/witty/intelligent and so on then he did – I think the human race has finally just outgrown its leaders. 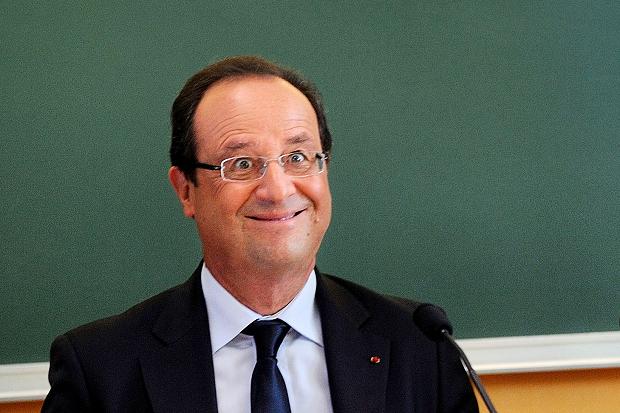 
President Putin draws a cats ass on a school white board 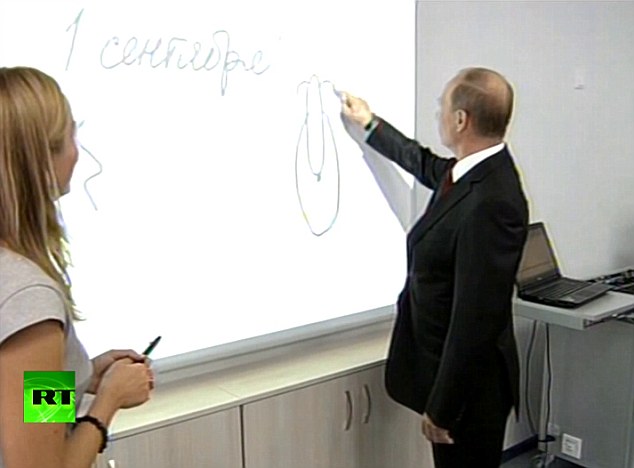 
so my answer is to your question is - Stupid

posted on Sep, 4 2013 @ 01:23 PM
link
They aren't 'possessed' or 'evil'. They are just greedy. Greed is a natural human trait. We evolved to be that way, as those who were the greediest had a better chance of surviving, and those who had a better chance of surviving were able to reproduce more, therefore it became a trait that was biologically hardwired into us. Politicians and rich people just seem more "evil" because they have the power and ability to take what they want. Us plebeians are greedy too, we just don't have the power to screw people over like our overlords do.

I understand that science takes the fun out of spirituality and all that, but biology has an answer for pretty much everything.