Ever see the inside of a Shuttle cockpit? You can now with zoom and more!!!

Amazing that these pilots actually know which buttons need pushed!!

If you look on the right side of the bed and zoom in at the bright spot (door down) you can see a man standing there to see the size of the hole to get out of there!!! Tight fit.....

This is awesome to keep just for reference even to give you a sense of what these astronauts have to go through while flying one of these!!!

Let me know what you think ATS....

It looks a bit different to the bridge of The Enterprise.

posted on Sep, 4 2013 @ 11:39 AM
link
Glad I know what half of those buttons do thanks to countless hours of space shuttle simulations that I have played. Still wouldn't trust myself flying one of those big boys in real life 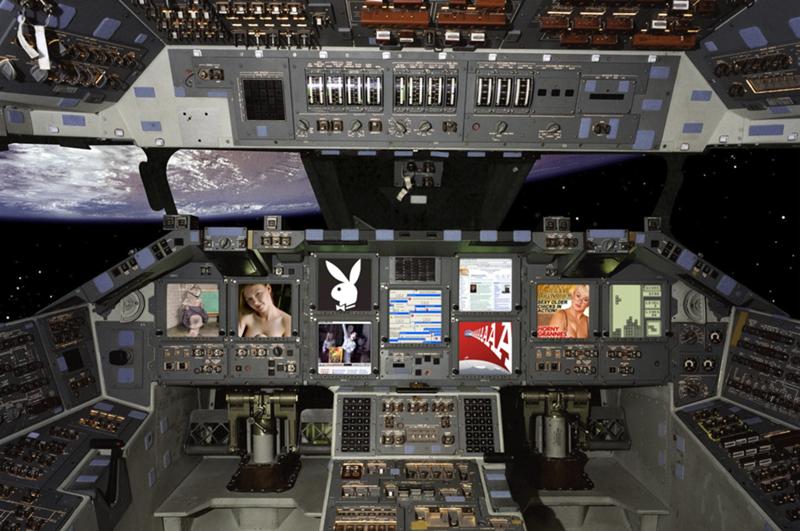 
Let me know what you think ATS.


If you insist, I broke down what I thought when looking at your link into easily and short numbered sequences.

First: That's a lot of buttons.
Second: Dam them buttons are even on the ceiling.
Third:You could probably switch all of those to a more friendly all in one interface even a touch screen and save like 90% of space.
Fourth: Hmm probably like that because of likely cause of faulty or any mishaps that may happen in takeoff or space, to have a more direct line to them without all the complications that integrating it into all in one control schematic would cause if they were all integrated, seems that if something goes bust you could more easily fix or replace it or know whats were and what, if any one thing goes down.
Fifth: Reminds of a game I played, cant quite remember it, old mech game that and simulation games.
Sixth: My foot itches.
Seventh: Freaking hungry, wheres my sandwich?
Eight: OK many big red buttons, but wheres the big red button that says DO NOT PRESS. Somebody should test it out and see if it functions properly.
Ninth: OH is that a laptop, no doubt for surfing the net and YouTube for cat videos, or trolling people from space. A good idea whoever thought of that should be given a raise or at least a cookie.
Tenth: I wonder what else is on. *Takes a bite from sandwich*
edit on 4-9-2013 by galadofwarthethird because: edit and such.