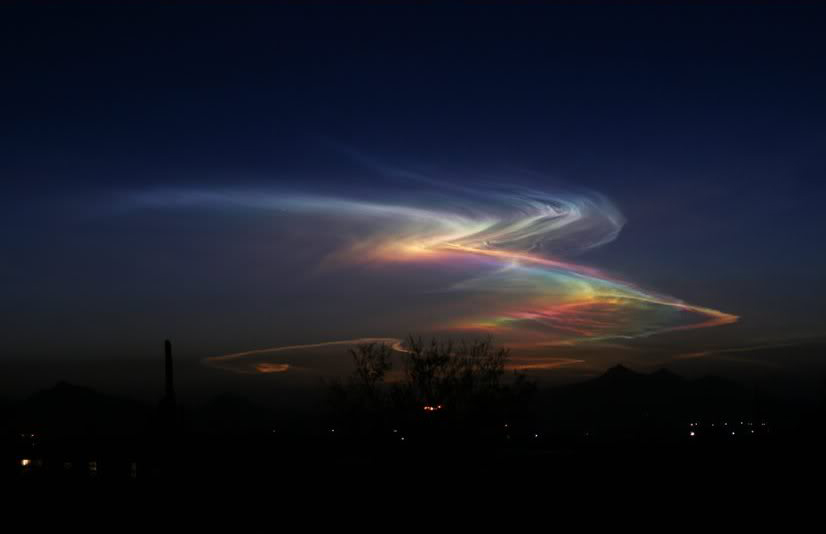 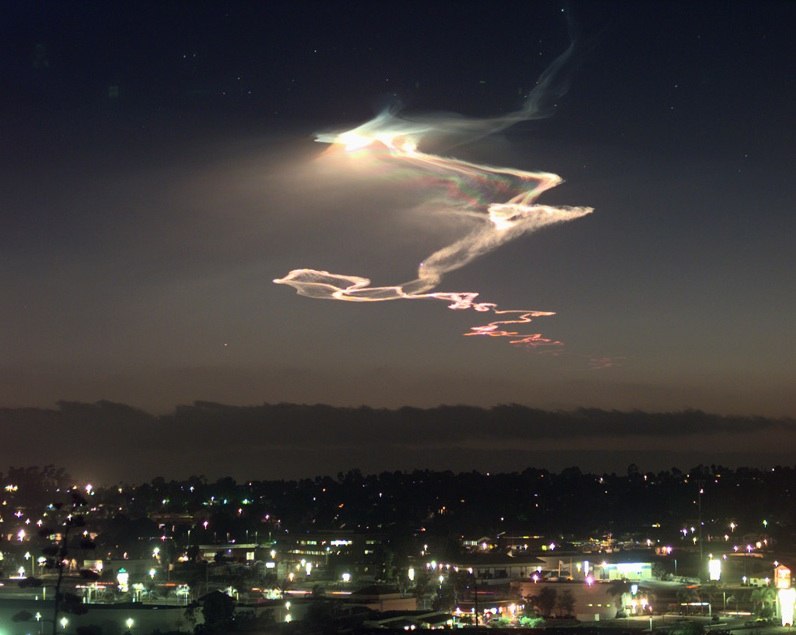 Twilight phenomenon is produced when unburned particles of missile or rocket propellant and water left in the vapor trail of a launch vehicle condenses, freezes and then expands in the less dense upper atmosphere. The exhaust plume, which is suspended against a dark sky is then illuminated by reflective high altitude sunlight, which produces a spectacular, colorful effect when seen at ground level. The phenomenon typically occurs with launches that take place either 30 to 60 minutes before sunrise or after sunset when a booster rocket or missile rises out of the darkness and into a sunlit area, relative to an observer’s perspective on the ground.

This phenomenon usually produces a cloud of green, blue, white and rose colored hues which takes on a corkscrew appearance as it is whipped around by wind currents. It is seen within two to three minutes after a launch has occurred. Depending on weather conditions, it could remain in the sky for up to half an hour before dispersing.

Here's a video of such a cloud created by a Soyuz rocket lanuch: