The company also states that its HNG is safe and cost effective (those claims, together with the anti-pollution factor, makes this a “triple bottom line” type solution). HydroInfra is currently exploring ways to bring its technology to the marketplace. The company has already signed on to a joint venture to convert ships (which transport fossil fuel and emit carbon in the process) to using HNG.

Amazing what some tech can do eh?

A nice litte info graphic for you.

In any case, I wonder if this will become something of note in the tech world to combat carbon emissions, or another thing buried by big oil.

In any case, I wonder if this will become something of note in the tech world to combat carbon emissions, or another thing buried by big oil.

Why would big oil be against a means of reducing pollution resulting from the burning of fossil fuels? Seem's they'd be all for it. Keep on burning!


I suppose you'd be right about that.

I was referring to the bacteria(?) that Exxon(?) had developed a few years back that ate plastic and shat oil, and I never heard of it being used or going anywhere past that stage.

I guess I'm very jaded and biased towards big oil. 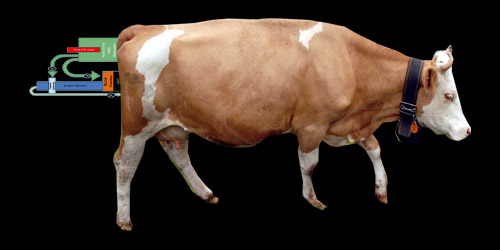 Well, we all know cows are a big part of the problem too ya know!


Yea, if anyone would want this technology shut down, it would be the political environmentalists, more notably, the ones that make MILLIONS off of their views *cough* Al Gore, as well as the Nations that are trying to find yet another way to tax us.. aka Carbon Tax


Not at all likely to be used. Calling it a 'Nano' gas is a tipoff that this is run by salesmen. Hydrogen is expensive and the use of atomic hydrogen requires additional energy. The energy and economic balances for the process are such that one would be much further ahead if one simply did not burn carbonaceous fuel.


That totally solves the cow mutilation theories. They were obviously just engineers looking for ways to install these things.