posted on Aug, 29 2013 @ 06:25 PM
link
Many Kentuckians are cheering a recent ordinance passed in Frankfort, the state's capital city.

FRANKFORT — Kentucky's capital became the fifth city in the state to adopt an ordinance prohibiting discrimination in housing, employment and public accommodations based on sexual orientation.


A friend of mine had this to say:

"Religious freedom took another beating today in Frankfort, KY. Why are so many convinced that their freedom can only be achieved by taking it away from others?"


At first I didn't make the connection, but then I realized that under this ordinance, many private business owners can no longer hire and conduct their business in accordance with their religious convictions.

So, I ask the ATS think-tank:

Where should the line be drawn between Fair Hiring and Free Enterprise?

What criteria should business owners and landlords be allowed to judge others upon? 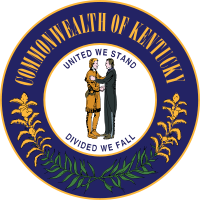 Originally posted by DeReK DaRkLy
At first I didn't make the connection, but then I realized that under this ordinance, many private business owners can no longer hire and conduct their business in accordance with their religious convictions.

Why on earth should religion be allowed to dictate who can work and who cant?

A friend of mine had this to say:


Your friend would seem to be uninformed, as are you.


The ordinance provides exemptions for religious institutions. It also includes a provision governing how cases should be handled when an alleged violator holds "a sincerely held religious belief."

posted on Aug, 30 2013 @ 09:48 AM
link
First of all, owning more land than you need to live on is bloody irresponsible. Landlords are in a position of power over thier tenants, and no one ought to have as much power as they do. If less people wanted to earn by ownership, then more people could afford to own thier own home, because space would not be at such a high premium.

Just because a person owns a building, or an appartment, does NOT mean they get a say in the lives of those who would like to live in that premises. If a landlord turns away a gay couple because they are gay, and not because the individuals in question have a credit history that makes the national debt of Greece look like a drop in the ocean, then it doesnt matter WHY, wether the problem with them is religious or just a matter of good old fashioned hate, the land lord does not have that right in my opinion, to discriminate...

...UNLESS the landlord lives in the property. That goes for hoteliers and motel owners too. Its a different thing if the place is thier own residence. A persons home is thier castle, and thier laws are more important in such a place, than any court in the land, at least, thats how I would work that particular angle.

As for free enterprise... I hate that phrase, because it has been used to excuse some of the most down right greedy, profiteering, underhanded, venomous behavior on the part of big corperations for a very long time, all over the western world. I am not saying that there is something wrong with business owners being able to operate thier businesses in a free manner, but I am saying that some of the companies that use such a description for thier activites over the last few decades are frankly taking liberties with it.

I say that most of this BS is BS anyway, and in a just society we wouldnt have the time to discuss it, because we would be too damned busy enjoying life to think up new ways to pigeon hole the behavior of others, and would prefer to get on with enjoying a good veiw, after a hard days work doing what ever makes us all feel most contented with our efforts. Like stoving in David Camerons face, over and over, and over, and over again. I could build up the BEST sweat!