posted on Aug, 19 2013 @ 11:38 PM
link
I have always been a fan of Lockheed Martin because of the fighter jets created by them and various UFO related documentaries that include the company. The company has had done many great things for air defense as I was reading an article about their next project.

And one of the very coolest things was Lockheed Martin's Transformer TX, a DARPA project that'll result in an unmanned payload transport system that can deliver just about anything. Even a car, with you in it. 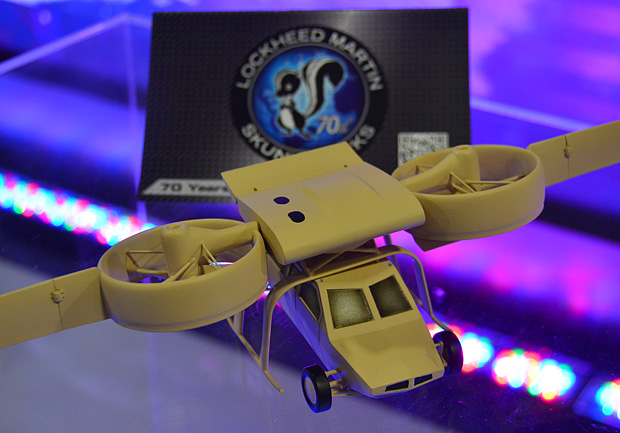 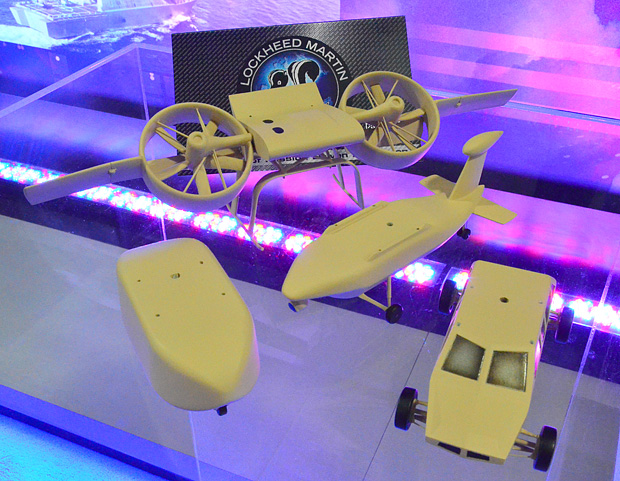 Everyone on this site should know the United States is moving more into the unmanned flying drone market because of their success in using them. Lockheed Martin is creating an unmanned payload transporter that would be able to deliver anything. There is a picture of a model car with the device strapped onto the top. Enabling it being transported by air. I guess this is the closest to flying cars.

The original plans were to have actually flying cars from designs of cars flying with the wings of a plane and a helicopter rotor. Then evolved into a design were it looked like large fans would enable it to fly. Whatever happens from here to known would be known when they test the device in the future. Which I hope would be used for good instead of anything evil.

posted on Aug, 19 2013 @ 11:53 PM
link
I could totally see this being used to snatch people's cars. Ahhh, the abuse potentials are endless and so dreamy. I can see it now, giant pterodactyl robots snatching people from the streets. Eat your heart out George Orwell and NDAA. Do I sound a bit cynical?

Official explanation:
"The best that we can tell is that the vehicles suspension suddenly collapsed causing the car to turn into a pancake. There are some crazy theories about the crater the car is sitting in...some even believe it could have been caused by a fall from a few thousand feet in the air but we simply don't have any reason at all to believe that the crater the car is sitting in was caused by the car itself...it's just chance that it's right in the middle of it."


No offence intended but I was more than a little disappointed with Lockheed Martins concept.

A Flying Robotic Car Carrier - - my heart beat quicken at the possibilities and sank just a fast at the reality.


In truth I am being a little too harsh - the flying pod design looks interesting.