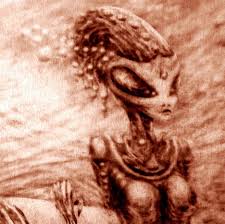 Kiara was lost on a lost planet on the far reaches of a galactic sea. She had no idea where she was at or what her purpose was. But she knew she could find answers she just didn't know how. Her heart told her not to give up and it gave her strength to carry on. Her mind told her to quit she was lost and it was all for not.

Caught in the battle of heart and mind not knowing what to expect, she found herself weaving a web of her own reality. Kiara knew that eventually all her emotional conflict with logical order would eventually create a much better Kiara midst all the chaos.

But she didn't know how or where to begin it just was. It had started without her even realizing it, but something else that she was totally oblivious to was coming her way. Something mysterious, dark, and very animal. She wasn't ready for another monstrosity in her life especially one unique and uncontrollable outside of herself.

Enter Teo, he wasn't the average joe. He was a very selfish man, something straight out of a horror film. Some would consider his appearance that of a Charles, Marilyn Manson. A beautiful monster, he was very rational yet he was so out there. It scared her but something kept pulling her in.

Teo was going to awaken her to her own universe, he was going to open her eyes and show her the beauty of her misery. Because it was only until she had become lost that she had been found. Here was the hands of fate catching her and lifting her up. Through Teo a man she otherwise would have ran from. But she was different now older, wiser, and desperate.

She needed change and he was everything her insides were screaming. In the beginning there was Kiara but int he end it was Kiara and Teo.

She was from another world and he was from Earth both living gods among mortals. He already knew everything about her and she knew nothing of him. He would have to show her and reprogram her mind to unite with her heart so that her soul could work in harmony with her being.

First she must trust him, oddly enough it didn't take much time to gain her trust. Teo began the initiation process and started to hum through her head into her pineal gland.

It was beautiful she saw him in her mind he was her guiding light and she knew he had to be her soul mate. But it scared her, because she really didn't know him and everything was moving so fast. She wanted to slow it all down, but she had came this far. And she wanted to go further, she needed to know more, to see it all.

It was all she had ever wanted, Kiara found the love of her life. Teo fell but his job was done, he was already thinking about moving on. He knew she was attached and that she was like putty in his hands. She was no longer a challenge and because everything seemed to be so easy he had to find the next metaphorical mountain to climb.

She was devastated but she had been there before. This time she was ready she knew what she had to do. Take life by the horns and not let go. She was not going to just let him walk away like that. She was going to be unstoppable nothing in the universe was going to keep him away from her. And just like that a great storm blew.

He could see the electricity in her eyes, and it changed him. Here she was like a great wrecking ball in his life. Tearing down everything that made him who he was. He wasn't about settling down, he wasn't about true love with eternal attachments. Yet here was this woman before him who he thought he was just going to come and go in her life like a great wind.

Teo knew it this was the woman he'd been looking for someone to grab hold of him and wake him up. Before all the women were easily played. But this one wasn't going to be the same. It was as if he became the puppet and she was the hand. He wasn't about to bite the hand that feeds because honestly this was his dream come true.

She through herself into his mind walked around and came back out. Reshaped his reality and made him love her! Without losing herself and without much shape shifting.

I actually lost interest while writing this but I figure I'll let it go through anyway. I'm not much a story writer, next time I'll be better for it. Good luck everybody.

Never give up writing, and NEVER say you lost interest. Just plug one out.....

Then keep moving on.